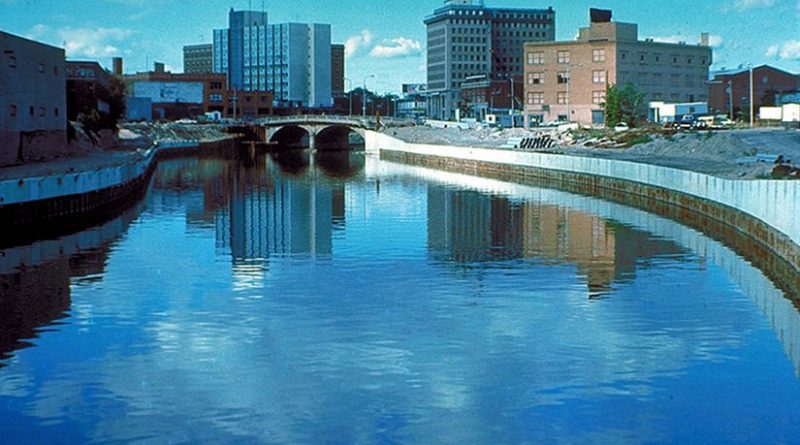 Americans are browbeaten and propagandized into believing they live in a democracy. The word democracy is bandied about with such consistent ferocity that the expression “protesting too much” comes to mind. The story of the tainted Flint, Michigan water supply is Exhibit A in the prosecution of the American system. The sad story reveals the lie of government by and for the people.

Michigan voters rejected the emergency manager system in a 2012 referendum. Yet it still emerged with dictatorial powers over the lives of people living in Detroit, Flint, Pontiac and Benton Harbor. The Republican governor and the legislature made an end run around the will of the people that was expressed so clearly at the ballot box. They simply ignored what the voters wanted and passed emergency management legislation anyway.

It is impressive that people all over the world want to help Flint. Ordinary citizens, celebrities, and school children are pledging to send bottled water to the beleaguered city that is now unlivable. But it must be said that charity is a poor substitute for democracy and a black political movement. The lead poisoned water in Flint speaks volumes about a sorry state of affairs.

Michigan was an economic power house, the heart of automobile and other manufacturing. As finance capital took over the nation’s economy and destroyed millions of jobs there was no longer a need for places like Michigan or frankly for the people who lived there. General Motors closed its plants in Flint and sent production overseas. The result was human and financial catastrophe which has been replicated across the state. Michigan continues to lose population but everyone can’t or won’t leave. Detroit, Flint and other cities went from bad to worse as their residents were consigned to poverty as a result of the neo-liberal triumph.

Anyone who wants to send water to Flint should do so, but should also lay blame and make demands where they belong. Flint could be saved quickly if the United States government would send money as quickly as it does to so-called moderate rebels in Syria. There is always money for empire in this country but rarely money for the people. As the Flint plight made headlines president Obama announced $80 million to repair the city’s infrastructure. That is a large sum of money by any measure but it is mere peanuts for the federal government.

Uncle Sam footed the bill in the amount of $500 million that was used to train a handful of anti-government fighters in Syria. Any amount used to destroy this nation is too much, but any amount is deemed worthwhile in the effort to keep American footprints all over the planet. The United States can always come up with money to kill people and control as much of the world as possible. Michiganders and all Americans should be up in arms. Clearly they don’t have the democracy they are hypnotized into thinking actually exists.

While Flint drowns in lead tainted water the sad spectacle of the presidential election drags on and on. None of the Republican or Democratic candidates has said anything useful about Flint. Jeb Bush garnered negative headlines when he praised the awful governor Mitch Snyder but neither Hillary Clinton nor Bernie Sanders has done much better. Aside from saying that Snyder ought to resign the erstwhile socialist Sanders hasn’t come up with anything else. Hillary Clinton stated the obvious, that the governor should ask for federal help. In return for stating the obvious Clinton received an endorsement from Flint’s mayor Karen Weaver.

That act shows that there is in fact no useful black politics in this country. The mayor had a golden opportunity to advocate for her constituents. She could have said that Flint deserved at least as much as Syrian terrorists. She could have demanded full restitution for property owners and free health care for residents poisoned by the water supply. She could have made those demands and withheld any endorsement without a commitment to restore her city. She could have acted like the bankers who pushed Detroit into bankruptcy with derivative schemes and still elbowed their way to the front of the line to be paid first.

Instead she acted like the supplicants that all black politicians end up becoming. Weaver was eager to get on the band wagon for some paltry reward like being a super delegate for Hillary while people in Flint can’t drink, wash or bathe without donated water.

Flint is ground zero in the campaign to get black people out of the nation’s cities. Once that happens capital will suddenly reappear and Flint will be declared “up and coming” or “hot.” Those words will be a sign that the neo-liberal mission has been accomplished. The poisoned people will be gone and the people who should have represented them will still be in place. Unless of course someone is willing to fight for a truly democratic country.