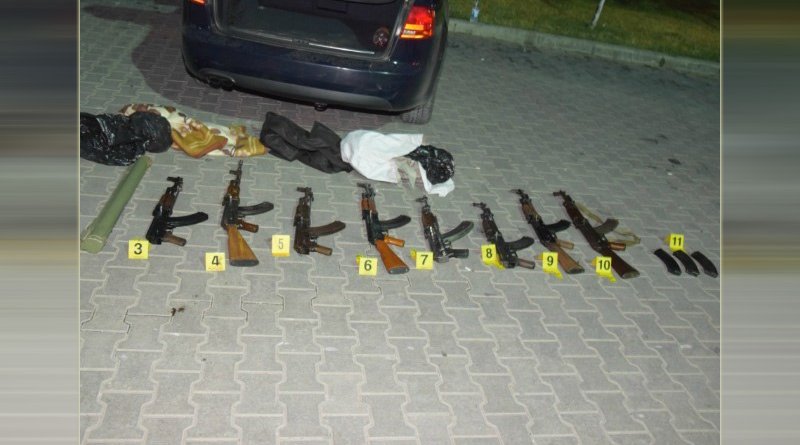 A US court in Brooklyn has jailed a former consulate worker and Kosovo Foreign Ministry staffer for nine years for his role in an elaborate money-laundering scheme that resulted in him buying and selling an anti-tank rocket launcher and rifles in Kosovo.

“The arrest, conviction and today’s sentencing of [Albert] Veliu mark an important victory for law enforcement in disrupting an international money laundering and arms trafficking network ready, willing and able to provide a pipeline of lethal weaponry to purported drug cartels in Mexico,” US Attorney Richard Donoghue said on January 30. He also thanked the Kosovo Police Force for their cooperation and assistance.

As BIRN previously reported, Albert Veliu, 37, worked as an official driver at Kosovo’s New York consulate and was an employee of the Ministry of Foreign Affairs.

The US Department of Justice accused him of being a weapon and drug dealer and money launderer while maintaining ties to the Cosa Nostra criminal organisation and to Albanian organised crime figures in New York and the Czech Republic.

Veliu was arrested in 2017 and pleaded guilty in February 2019. According to the Justice Department, in October 2017, he and his co-conspirators met a DEA confidential source, who represented himself as a narcotics trafficker seeking to launder his illegal proceeds through a shell corporation.

Veliu agreed to assist in exchange for a commission. He then orchestrated the money laundering scheme, among other things, exchanging cash for purportedly “clean” checks made out to the shell corporation. The checks were supported by fraudulent paperwork, bogus invoices and receipts.

Over the course of the investigation, the source gave Veliu about $800,000 in purported drug proceeds to be laundered, it is said.

Later in the investigation, Veliu informed another DEA confidential source that he had access to firearms in Kosovo and was willing to broker a sale. He and this source agreed that Veliu would purchase and then sell weapons he believed were bound for drug cartels operating in Mexico.

After accepting payment for the weapons, Veliu travelled to Kosovo to deliver the firearms to an individual he believed to be a Kosovo-based associate of the source.

On two separate occasions, Veliu and his co-conspirators provided individuals with 14 AK-47s and an M80 Zolja Anti-tank Rocket Launcher equipped with a 64mm rocket.  Subsequent search warrants executed by Kosovo police netted more weapons, ammunition and over 60,000 euros, it is said.