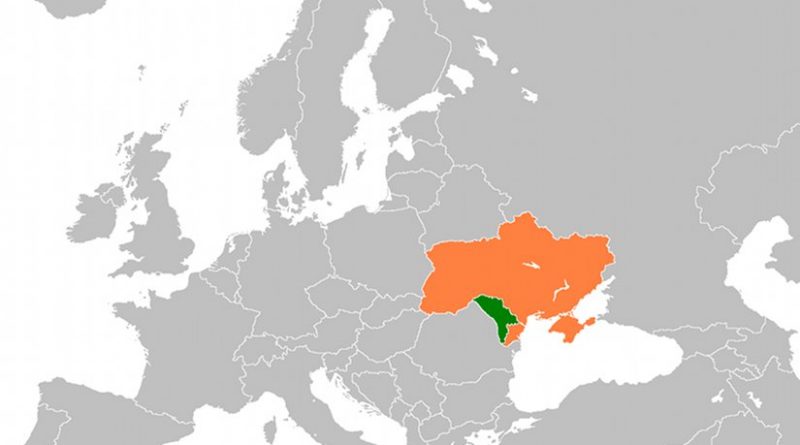 (FPRI) — To a casual observer, Moldova and Ukraine appear quite similar with their common Soviet histories, heavily corrupt domestic politics, and a frozen conflict on their eastern borders. However, while Ukraine remains entrapped in a war with Russia over eastern Ukraine, Moldova has maintained amicable relations with both Russia and Ukraine, positioning itself as a bridge between East and West.

Some have noted that Moldova’s status as an interlocutor between East and West has become threatened with the recent election of President Igor Dodon in  December 2016. Dodon has consistently promised closer relations with the Kremlin. Yet, while the Moldovan economy is dependent on Russia and the Moldovan public is exposed to a steady stream of Russian propaganda, these factors do not preclude the development of strong Ukrainian-Moldovan relations as long as a pro-EU coalition retains control of Moldova’s parliament. Moldova and Ukraine—no matter their differences and disputes—must maintain close relations in order to combat Russian incursions and aggression.

Traditionally, Ukrainian-Moldovan foreign relations have centered on issues such as border demarcation and property disputes leftover from the collapse of the USSR. For Moldova, its main interests towards Ukraine are the development of infrastructure projects, environmental protection of the Dniester River, closer economic cooperation, and maintaining Ukraine’s territorial integrity. For Ukraine, interests include resolving the conflict in Transnistria, helping Moldova resist Russian propaganda, settling the state border between Ukraine and Moldova, and promoting economic partnerships.

Some of the main issues that have blocked deeper Ukrainian-Moldovan relations include the status of the Dniester HES-2 hydroelectric station, a 1990s land agreement near the village of Giurgiulesti, and a planned railway connecting Moldova to Odessa, which would have bypassed the breakaway region of Transnistria. These long-lasting concerns, combined with the implementation of protective quotas and duties on certain Ukrainian and Moldovan goods in 2016 have hindered relations between the two countries.

However, a February 2017 negotiation between President Petro Poroshenko of Ukraine and Prime Minister Pavel Filip of Moldova has helped restore cooperation between the two countries. This has led to talks of “energy cooperation and restoration of stable electricity supply from Ukraine to Moldova,” as well as breakthroughs in discussions of environmental issues concerning the Dniester water basin. Additionally, Moldova decided not to extend restrictive measures to Ukrainian meat and dairy products introduced in 2016. These positive developments in Ukrainian-Moldovan relations are critical at a time when Dodon continues to cozy up to the Kremlin.

One cannot discuss relations between Ukraine and Moldova without analyzing the countries’ respective ties to Russia. After the annexation of Crimea in March 2014, observers were concerned that Moldova would follow a similar path as Ukraine due to the similarities between the two countries. However, the pro-EU coalitions within the parliament backed Ukraine and condemned Russia’s annexation. Former Prime Minister of Moldova Iurie Leancă visited Kyiv after the annexation as a sign of support for the Ukrainian government, while Petro Poroshenko visited Chişinău in November 2014, prior to parliamentary elections, to support the pro-European coalition in Moldova.

Attitudes within Moldovan society were split with 29% supporting Russia’s annexation of Crimea with 44% against. Moreover, the pro-Russian Communist Party of Moldova continued to support Russia and helped to serve as a conduit for the Kremlin’s narrative of events within the country. Notably, in April 2014, the breakaway region Transnistria held a referendum to join the Russian Federation, leading many to worry that the Kremlin was planning to recreate the Ukraine scenario in Moldova.

However, Vladimir Putin did not find it in Russia’s best interest to formally annex the region, given its de facto control of the territory. Rather, the Kremlin uses existing domestic cleavages within Moldova to shape the country’s politics such as exploiting nostalgia for the Soviet Union and targeting citizens who feel as if they’ve not benefited from greater integration with the European Union.

While Russia’s economic leverage over its post-Soviet neighbors is declining, approximately 20% of Moldovan exports still go to Russia. This dependency gives the Kremlin influence over Moldovan politics, which it has used to ban Moldovan wines and implement measures against EU food products when the Moldovan government moves in a pro-European direction. It has not helped that Ukrainian authorities have made it difficult for Moldovan wines to enter the Ukrainian market, further incentivizing closer ties between Moldova and Russia, while breeding resentment amongst local producers.

From a domestic standpoint, the major corruption scandal in 2014, where over 1 billion dollars disappeared from Moldova’s leading banks, implicated many pro-European politicians and helped strengthen the pro-Russian coalitions in Moldova’s government. The pro-Russian opposition expertly utilized the corruption scandal to link the domestic troubles within Moldova to the European Union and the West. Most notably, Former Prime Minister and founder of the pro-EU Liberal Democratic Party of Moldova Vlad Filat was arrested in October 2015, helping pave the way for a pro-Russian president to win the presidential election.

With growing distrust towards Europe and the West, the pro-Russian Socialist candidate Igor Dodon managed to win 54 percent in the 2016 presidential election, compared to his pro-European challenger, Maia Sandu, who received just under 45 percent. Since his victory, Dodon has expressed that most Moldovans would support joining the Russia-led Eurasian Union, adding that Moldova has not benefited from European integration, and warned about closer ties with NATO (only 21% of Moldovans expressed support for joining NATO).

According to a September 2016 poll by the International Republican Institute (IRI), Russia is consistently seen as a more important economic partner than Ukraine (62% to 27%), and there is an even split between those who want to join the EU (40%) and the Eurasian Customs Union (43%). Perhaps most notably, the percentage of Moldovans who think that Russian troops in Transnistria are not a threat to Moldova has increased from 21% in September 2014 to 39% in September 2016. Moreover, during a January 17 visit to Russia, Dodon noted that he would certainly support a policy that would terminate Moldova’s 2014 Association Agreement with the European Union. While he expressed hope that Russian-Ukrainian relations will resume as “friendly and brotherly ones,” his close relations to the Kremlin do not inspire confidence in those who hope for stronger Ukrainian-Moldovan relations.

Despite these recent developments, it is important not to overemphasize the pro-Russian turn in Moldova’s foreign policy. More Moldovans say their country has better relations with the European Union (57%) and Ukraine (47%) than Russia (43%). Additionally, the current parliament continues to express dissatisfaction and opposition towards the president’s pro-Russian orientation. Prime Minister Filip expressed deep displeasure with Dodon’s statements about terminating the Association Agreement with the European Union and tried to assure international actors of the president’s inability to unilaterally make such decisions for the country. Additionally, Moldova and Ukraine have enduring inter-governmental institutions like the Ukraine-Moldova Commission for Trade and Economic Cooperation, which serves as a forum for the two countries to work together to promote their economic and security interests. Therefore despite, Russian economic leverage over the Moldovan economy and targeted Russian propaganda towards Moldovan citizens, it is possible for Moldova to maintain both close relations with Russia and Ukraine as long as a pro-EU coalition controls the parliament to serve as a check on the Moldovan president. Observers of the region and Ukrainian-Moldovan relations should continue to pay close attention to the 2018 parliamentary elections, which could shape Moldova’s foreign policy agenda for the foreseeable future.

About the author:
*Aleksandr Fisher is an Associate Scholar at FPRI’s Eurasia Program and is currently pursuing a PhD in Political Science from the George Washington University.