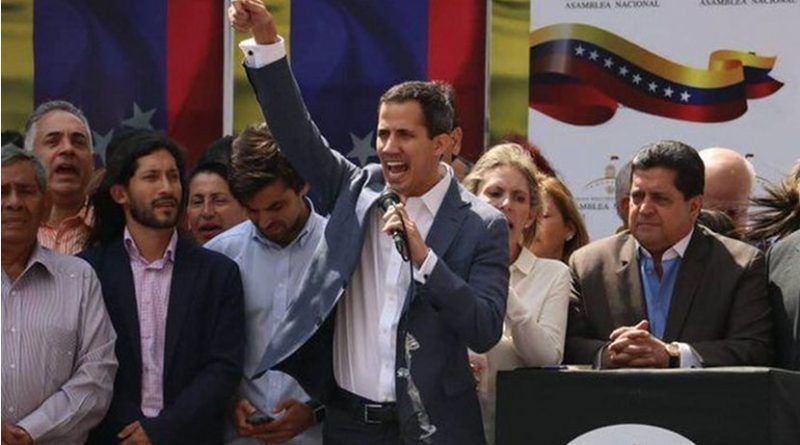 The 14-member Lima Group of nations and interim Venezuelan President Juan Guaido this week issued an 18-point declaration, in which the Latin American countries and Canada called on the Venezuelan military to recognize Guaido as their commander-in-chief. The Lima Group also called for the International Criminal Court to consider bringing crimes against humanity charges against embattled President Nicolas Maduro over his blocking of emergency food and medical supplies and the deaths of at least four protesters in nationwide clashes.

To be sure, humanitarian aid requirements in Venezuela are not going away anytime soon. Recent violence involving aid trucks attempting to enter the troubled and teetering country ended in disaster, with one truck being torched by pro-government forces.

Venezuela’s humanitarian aid is coming from three directions, with the first being across the border from Colombia. The second is at the Brazilian-Venezuelan border and the third route is by sea. The aid from Colombia is just the start of a wider relief effort from that country. Other potential crossing points include the far southeast of the country on the Brazilian border and the northern coast, with aid being stored on the Dutch Caribbean island of Curacao or nearby surrounding ports.

Most attention is focused on the Colombian border near Cucuta. Hundreds of tons of US-funded aid are stockpiled there ready to be taken into Venezuela, but there are doubts as to whether the opposition will be able to gather the force necessary to overpower local authorities and get the aid through. Border towns such as San Antonio del Tachira and Urena are relatively small and road access from the rest of the country to the border would be fairly easy for Venezuelan security forces to regulate. It is important to remember these lands are populated by the poorer peoples, including the indigenous Venezuelans, who have suffered the most under the Bolivarian government.

This point about the indigenous peoples is important. At the Lima Group meeting, Guaido called for a prayer to honor those killed by Maduro’s forces. Guaido said: “Today, the Maduro regime thinks that blocking humanitarian aid was a victory, they are dancing in Caracas on the graves of indigenous people.” The reference is not lost to the interim president’s supporters in terms of the need to address a wide set of issues involving the country’s failed infrastructure, including its medical system.

A military solution supported by the Lima Group is not forthcoming because the focus is now on the humanitarian aspect of the Venezuelan mess. Guaido was clear in calling for paramilitary groups and Colombian guerrillas to stand down and join his government, which has the support of dozens of countries around the world. Guaido’s international supporters recognize that the way governance is conducted by Maduro cannot continue and that he must step down urgently. This message will grow and, depending on tone, may again use the imagery of past Middle East leaders who met tragic ends, as suggested by US Sen. Marco Rubio in a tweet.

Both Peru’s Assistant Foreign Minister Hugo de Zela Martinez and Brazilian Vice President Hamilton Mourao said that under no circumstances would either of their countries be used by the US to launch a military intervention in Venezuela. Meanwhile, the commander of the Colombian Armed Forces, Maj. Gen. Luis Navarro, and the head of US Southern Command, Adm. Craig Faller, met recently and jointly called on their Venezuelan military counterparts to “do the right thing” and let aid into the country.

Colombia’s foreign minister said Guaido and his family face “serious and credible” threats to their lives that, if carried out, would lead to a forceful international response against Maduro. Interestingly, Guaido crossed into Colombia, defying a travel ban, to oversee the aid effort. This move is interpreted as a mistake and makes the interim president susceptible to arrest and prosecution. This vulnerability is now heightened by the humanitarian tone taken by the Lima Group in that, if anything happens to Guaido, the reaction will lead to a faster decline for Maduro and his sanctioned colleagues. We will have to see how Guaido’s future physical movements help to tip the balance to his side.

While at the Lima Group meeting, US Vice President Mike Pence told the members that they too must freeze the assets of Venezuela’s state-run oil company PDVSA. Simultaneously, the US Treasury Department sanctioned four Venezuelan governors: Omar Prieto of Zulia, Ramon Carrizales of Apure, Jorge Garcia Carneiro of Vargas and Rafael Lacava of Carabobo state, with more announcements to follow. There is also an idea that sanctions may be made against individuals in those countries who are supporting Caracas, thereby adding further pressure. The banning of Hezbollah in the UK may also put an interesting dent in the group’s ability to function transnationally.

Overall, the Lima Group meeting represents a marker in the further violent transition of Venezuela, where the next push will be a real shove.