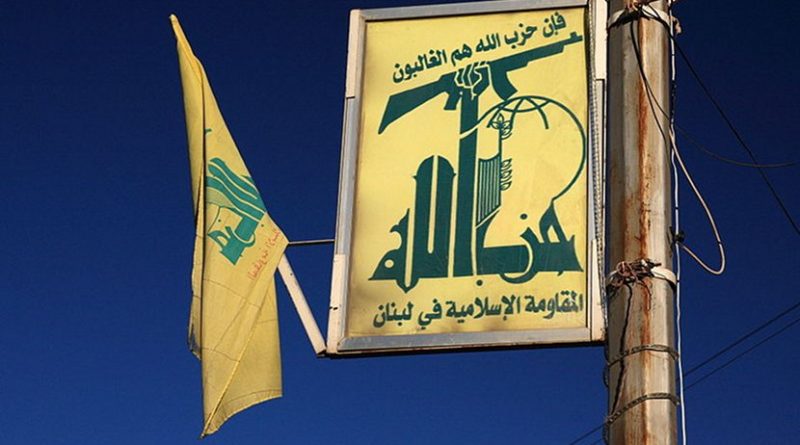 The UK said this week that it will ban the political wing of Hezbollah, making membership of the movement or inviting support for it a crime. The decision follows outrage over displays of the Hezbollah flag, which features a Kalashnikov assault rifle, at pro-Palestinian demonstrations in London.

In his statement announcing the move, Home Secretary Sajid Javid did not add anything new, as everyone in the Middle East and outside it knows that Hezbollah has been bent on destabilizing fragile regimes across the Arab world and Middle East region. The removal of the distinction between the political and military wings of Hezbollah comes 11 years after London initially proscribed the group’s military section as terrorists.

The question, though, is why now? The UK’s designation of just the group’s military branch as terrorists in 2008 baffled observers, since Hezbollah itself rejects the fallacy that it is a divided network and that its military is disconnected from its political and social efforts.

This might have been a UK political distinction that aimed to appease Iran and keep a dialogue route open with Tehran to facilitate the nuclear deal that was signed in 2015.

The UK approach that emerged this week clearly adopts the US intelligence community’s assessment that Hezbollah is a “multifaceted, disciplined organization that combines political, social, paramilitary and terrorist elements, and we assess that any decision by the group to resort to arms or terrorist tactics is carefully calibrated.”

On the face of it, the new classification will put an end to the waving of Hezbollah flags at UK demonstrations, but it does nothing to stop the spread of the group’s political propaganda among the country’s Muslim migrant communities. The flag that features a gun on a yellow background is seen by many Arabs and Jews living in London as offensive and a blow to Western liberal democracy.

But the group has been engaging in far worse criminal and terrorist behavior, which has exposed the ineffectiveness of the sanctioning of the military wing alone and forced the UK and other allies to review that classification.

Such activities date back to the Iraq war and the attacks carried out against British troops that led Prime Minister Tony Blair in October 2006 to openly accuse Hezbollah and its Iranian patrons of delivering armor-penetrating munitions for use against coalition troops.

Similar activities were seen as alarming by the UK, especially the case of Hussein Bassam Abdallah, who in 2015 pleaded guilty in Cyprus to stockpiling chemicals for bomb-making that could easily be exported to other European capitals. Hezbollah gave its operative Abdallah a forged British passport.

It is no secret that Hezbollah has a small presence in the UK through members with links to the group’s Foreign Relations Department, which for years Britain has decided to regard as distinct from the military network. Hezbollah’s clandestine foreign operative activities in Europe and the wider world are a fragment of the group’s public presence, as evidence suggests the group’s covert activities, in addition to terrorist operations, include recruitment and gathering intelligence.

In addition, the intelligence community has long been pursuing other criminal activities of the group, namely raising funds and providing logistical support, even in the UK. As recently as 2015, French authorities ordered the arrests of two Hezbollah associates, one in France and the second in the US, for laundering drugs proceeds and seeking to buy cocaine and weapons for Hezbollah. They were even accused of offering safe passage for narcotic shipments through a Hezbollah network of trusted associates, and one of those associates was UK-based.

The list of cases and evidence against Hezbollah’s political, military and social duplicity is long, and it became evident to UK officials that the partial ban of 2008 did not deter the group, which has continued to operate unchecked in Britain, Europe, Africa, Latin America and Asia. It even dispatched more than 7,000 fighters to help prop up the Assad regime in Syria, while its operatives are said to have smuggled missile components that allowed the Houthi insurgents in Yemen to fire long-range missiles at various cities in Saudi Arabia.

More than a decade on from the UK’s partial proscription of Hezbollah, which came three years after the group’s assassination of then-Lebanese Prime Minister Rafik Hariri, it became evident that such a policy did not yield any benefits.

The proscription of the group by the US, the Arab League, the Gulf Cooperation Council and the Organization of Islamic Cooperation has not led to a weakening of Hezbollah. The UK will be no different despite its renewed and improved classification.

Such a move, if followed by an EU-wide ban, could affect Hezbollah’s standing, especially among its supporters, but sanctioning and proscribing the group alone will not roll back its influence, nor will it protect British interests at home and abroad.

Hezbollah, with the help of Iran and to a lesser extent Syria, has developed to become a regional and international player, using military and political channels to broker peace and war. But, like the mafia, the group resorts to social, commercial and even criminal tactics to achieve its goals. Proscribing the group is a small step that will not go far in curbing Hezbollah and its networks’ activities.