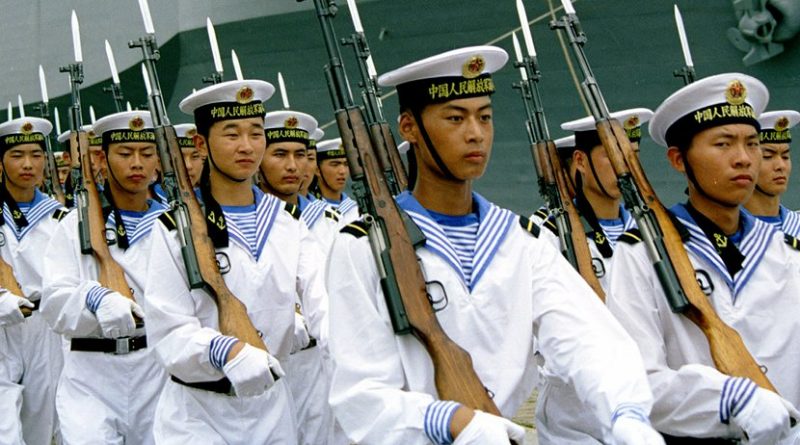 As China’s power and influence grow, so does the depth and breadth of the spotlight on its behavior regarding other cultures and nations.  The conduct of nations and of their citizens overseas is part of their soft power –the capability to use economic or cultural influence to shape the preferences of others. The integration of hard (military) and soft power and their management translates into political influence.  China has achieved considerable success cultivating its soft power in Southeast Asia.    But there are some early warning signs that it may eventually repeat some of the worst mistakes of Western countries there.  Indeed, it must be careful that the goodwill it covets does not dissipate through neglect or mismanagement of its soft power.

When Western countries dominated Southeast Asia, they colonized entire cultures.   They generally treated the indigenous peoples with cultural ignorance and arrogance.  This attitude of cultural superiority came back to haunt these countries –  the French in Vietnam; the Dutch in Indonesia; and the U.S. in the Philippines.  This is just to name a few that cast off their physical and ideational colonial shackles.  Some argue that those former colonies were made better because of it – through Western development of infrastructure and their administrative and educational systems.  But it certainly did not sooth the sullied soul of patriots and cultural nationalists who retained their original cultural values and dignity.  They revolted in spite — or maybe because of — it – and there are lingering sensitivities to this cultural subjugation to this day.

For example, the legacy of U.S. cultural colonialism is still very much alive in the Philippines.  It is manifest in the constitutional recognition of English as an official language and in the US oriented educational system.   It is felt daily by Filipinos and especially Filipinas that are in close contact with the U.S. military and ‘tourists’.  And it has been felt at the highest levels in the ambiguity that the U.S. has historically employed regarding whether or not it would come to the Philippines’ assistance in the South China Sea under the 1951 US –Philippines Mutual Defense Treaty.  Duterte summed up his feelings by saying that “America would never die for us”. https://www.globalasia.org/v11no4/feature/toe-to-toe-the-china-us-struggle-over-the-south-china-sea-grows_mark-j-valencia

US Secretary of State Mike Pompeo’s recent reassuring clarification may be too little too late. https://thediplomat.com/2019/03/in-philippines-pompeo-offers-major-alliance-assurance-on-south-china-sea/ As former US Director of National Intelligence Dennis Blair observed, the Philippine resentment of the U.S. stems from ” a combination of the U.S. having had big bases there, of supporting Marcos for too long, and providing economic support through _ _ demeaning channels_ _”. https://www.straitstimes.com/world/ties-with-south-east-asia-can-us-put-the-genie-back-in-the-bottle

The U.S. is now reaping what it sowed.  This unhappy legacy has affected major decisions in the government’s foreign policy, particularly its shift away from the U.S. and toward China.  After one of Duterte’s anti-American outbursts, his then Foreign Minister, Perfecto Yasay explained that “the U.S. held on to invisible chains that reined us in toward dependence and submission as little brown brothers not capable of true independence and freedom”. http://manilastandard.net/news/headlines/218184/yasay-us-has-failed-ph.html This was a major indictment of US policy towards the Philippines and provides a glimpse into the depth and breadth of Filipino resentment and mistrust of the U.S.  This cultural pain and anger does not easily dissipate.

China has the opportunity to avoid such mistakes.  Its situation in Southeast Asia is quite different from that of the Western colonialists in several significant respects. China is a permanent geographic part of the region, its culture has a large diaspora in Southeast Asia, and, perhaps more important, theses countries have ‘seen this movie before’ and are very alert to any whiffs of attitudes like those of their previous colonial and post colonial masters.  There are both positive and negative aspects of these differences. China has more legitimacy exerting power and influence in a region of which it is a permanent part. It can also learn from the mistakes of dominant powers before it. But it must be especially careful because all Southeast Asian countries there host a significant Chinese population that in many cases has sensitive relations with the ruling non – Chinese government.

There are already incipient signs of negative blowback from its increased presence in the region.  Most Southeast Asian countries welcome investment from China.  But mega projects and massive investment have social risks.  For example, in the Philippines, China or its citizens are heavily invested in real-estate and gambling.  According to Singapore academic Simon Tay, “China’s presence is felt viscerally in the development of massive and gaudy casinos, malls and hotels.”  https://www.scmp.com/author/simon-tay Prices for office properties and condominiums have soared.  Some Filipinos benefit and welcome this.  But others are marginally affected and thus oppose these developments.  They fear that imported Chinese workers are taking jobs away from them, evade taxes and increase crime.  According to Tay, environmental and social concerns over the China-funded massive land reclamation on Manila Bay add to “the chorus of concern”. During the administration of President Gloria Arroyo, corruption allegations involving Chinese funded projects and then President Gloria Arroyo’s businessman husband rocked the Arroyo presidency dealing serious blows to China’s growing trade and economic influence there. https://en.wikipedia.org/wiki/NBN%E2%80%93ZTE_deal_corruption_scandal

China has also become vulnerable to charges of manipulative “debt-trap diplomacy”, interference in domestic political affairs and links to corruption at high levels of foreign governments. Such manipulation occurs when a country intentionally extends loans guaranteed by the recipient country’s assets knowing that it may not be able to pay off the loans and thus hoping that the host will forfeit the assets. https://en.wikipedia.org/wiki/Debt-trap_diplomacy The conditions of the loans are often confidential and the money is often used to hire contractors from the lending country.

One of the most cited examples of alleged debt-trap diplomacy by China is a loan given to the Sri Lankan government by China’s Exim Bank to build a major potentially strategic port. State-owned Chinese firms were hired to build the port at a cost of US$361.  Due to Sri Lanka’s inability to service the debt, the port was leased to a Chinese state-owned company for 99-years.  This caused concern in the U.S., Japan, and India that the port might be used as a Chinese naval base against them and they made considerable political hay over it.

In 2018, new Malaysian Prime Minister Mahathir Mohamed cancelled projects worth approximately $2.8 billion with Chinese companies, saying Malaysia would not be able to repay its obligations.  He and his Finance Minister Lim Guan Eng criticized the projects, saying they were “expensive, unnecessary, not useful, uncompetitive as open bidding was not allowed, secretive, conducted with no public oversight and favored Chinese state-owned firms and those affiliated with [former Prime Minister Najib Razak’s] United Malays National Organization (UMNO) party at inflated prices.” https://en.wikipedia.org/wiki/Corruption_in_Malaysia

The Wall Street Journal alleged that China offered to bail out a troubled development fund controlled by Najib in exchange for stakes in the projects. https://www.wsj.com/articles/how-china-flexes-its-political-muscle-to-expand-power-overseas-11546890449

Providing more fuel for China-bashers in Malaysia, China’s Ambassador was perceived by the government and the public as having interfered in domestic politics.  In a speech to the Chinese community, he asserted that China opposes “any form of discrimination against races and form of extremism.” https://www.reuters.com/article/us-china-malaysia/china-defends-envoy-to-malaysia-after-comments-on-racism-idUSKCN0RS0V52015092 While seemingly innocuous, he made this statement just ahead of a planned rally by a Malay-dominated, pro-government group that was reported to be demanding more Malay participation in the main market in ‘Chinatown’.  The minority Chinese community’s role in racially polarized Malaysian politics is very sensitive and such implied support for a Chinese group by an outside power is anathema.

And now we have the spectacle of the ‘ugly Chinese’ tourist replacing the infamous ‘ugly American’ . Some 122 million Chinese made foreign trips in 2016 and Chinese are increasingly supporting the tourism market in Asia.  China’s deputy premier Wang Yang has said the “uncivilized behavior” of his countrymen had harmed the nation’s image.  He blamed the “poor quality and breeding” of the average Chinese tourist.  “They make a racket in public places, carve words at scenic spots, cross the road when the light is red, spit, and do other uncivilized thing” – -.  “This is detrimental to the image of the country’s people and leaves a bad impression.” https://defence.pk/pdf/threads/have-the-chinese-replaced-americans-as-the-worst-tourists-in-the-world.329033/

These are but a few prominent examples of a possible emerging pattern and problem. When these transgressions are added to China’s bullying of Southeast Asian countries in the South China Sea, it is easy to see why China and Chinese have become vulnerable to criticism by competitors and hosts alike.  The damage so far is slight and ephemeral.   But China needs to be careful to keep it that way as it seeks to expand its soft power and influence in Asia.

Another version of this article appeared in the South China Morning Post. https://www.scmp.com/comment/insight-opinion/article/3003712/why-unhappy-legacy-us-colonialism-asia-should-be-lesson

By Masood Farivar U.S. prosecutors aggressively pursuing the perpetrators of the January 6 attack on the U.S. Capitol have identified nearly