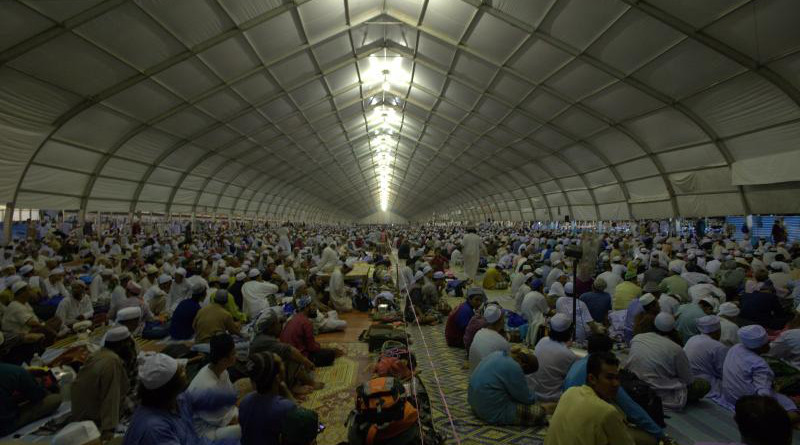 The discovery of a major COVID-19 cluster involving the Tablighi Jama’at movement in Malaysia has led to questions about what the movement is and why they chose to congregate. To win the fight against the COVID-19 epidemic, such movements need to be engaged with.

By Farish A. Noor8

By now alarm has been raised about the numbers of people who have been infected with the COVID-19 virus after attending a large gathering of the Tablighi Jama’at religious movement at the Sri Petaling mosque complex in Malaysia. The gathering, held on the outskirts of Kuala Lumpur from 27 February to 1 March 2020, reportedly involved up to 10,000 people from several countries who are devotees of the Tablighi Jama’at movement.

The Ministry of Health is tracing the contacts of about 90 Singaporeans who attended the gathering, after two were diagnosed with the coronavirus. Having got themselves infected due to the lack of social distancing, many of the members of this group have returned to their respective countries in the ASEAN region, including Singapore, and there is  worry that the virus may spread even further as a result of such large scale human movement.

What is the Tablighi Jama’at?

Some have asked how and why the members decided to travel to the gathering in the first place, and whether such gatherings can be better controlled or even temporarily stopped as the world dealt with the COVID-19 pandemic. In the case of the Tabligh this is easier said than done, for movement is an essential feature of the group; and if we are to understand why, we would need to understand what the Tabligh.

The Tablighi Jama’at is a lay missionary pietist movement among Muslims that emerged in India a century ago. From the outset it has emphasised the need for individual believers to leave their comfort zones, go out into the world to face challenges and hardship, and to renounce all things worldly and materialistic.

For seven years I conducted fieldwork with the movement, during which I travelled along with Tabligh members from all over the world – the United Kingdom, France and Germany to India, Pakistan, Bangladesh and to almost every part of Southeast Asia.

This need to travel – which some of the members described as being on a state of permanent pilgrimage – lies at the core of what the Tabligh is as a movement of faith renewal. When the Tabligh was formed in Northern India in the early part of the 20th century, it regarded the state of Muslims as abysmal.

The founders of the movement argued that the faith of many Muslims had been weakened as a result of their attachment to all things worldly (dunia) and materialistic; they believed that one has to renounce worldly attachments to be truly free to believe sincerely. I have met many members from all walks of life who have, upon joining the movement, renounced their worldly attachments and stopped doing things like watching TV, using social media, or given up smoking or drugs.

In many ways the Tabligh was and remains a largely benign movement: It has never sought out confrontation with other faith communities (as it largely confines its activities to other fellow Muslims) and it has never had any political ambitions (for it regards politics as something worldly and therefore a distraction from faith and love for God).

Outsiders have sometimes seen them as fatalistic, apolitical and apathetic to the wider needs of society, but the members would argue that one cannot change the world positively unless one has been a better and more faithful individual first.

What is special about the Tabligh is that it is a movement that does not have the rigidity of parties, organisations or corporations. Membership is open to all and on a flexible basis: Some join and follow the Tabligh for a weekend a month, some for weeks or months per year, some for life.

One thing that they all do is move, in order to meet other members of the faith community and to weaken their bonds to the material world around them. They do not stay in hotels when they travel (for that would be unseemly and too worldly), but choose to stay in mosques and seminaries. This is a mobile movement.

In the Indonesian province of West Papua I met a young Tabligh lad who had travelled all the way to Peru – via Jakarta then to Singapore, then to Japan, then to Los Angeles on to Mexico and finally to Peru and back again. At the large gatherings of the Tabligh I have attended in Pakistan, Southern Thailand (at Yala) and Java (at Temboro) I have met thousands of Tablighs from every part of the world.

Governments are now faced with the difficult task of educating their respective populations and encouraging them to maintain a healthy social distance from one another while avoiding large gatherings. This poses a problem for movements that conduct pilgrimages in groups, and this applies not only to the Tabligh but also Christians who undertake pilgrimages along the pilgrimage trails of Europe, Hindus who visit temples, and Buddhists who make pilgrimages to shrines.

So what is the best way forward with such groups?

Firstly, we should remember that the Tabligh has in fact had to self-regulate its activities and movements in the recent past. Two decades ago when Indonesia was in the grip of violent militancy, the Tabligh was infiltrated and used as a vehicle by some radicals who sought to move across Indonesia anonymously.

When it was discovered that terrorists had used the movement as a means to get to places like Bali, the Tabligh responded by checking on its members and ensuring that their movement would not become the vector for violence in the country.

As the Tabligh is a movement of faith and cares about its members’ welfare, it should be made clear to them that social responsibility is also an important value in religion. Muslim history has many examples of how Muslim rulers have imposed controls on movement in times of epidemics, and Muslim scholars have always laid great emphasis on the concept of collective social wellbeing.

So rather than scape-goating or victim-blaming the Tablighi movement and its members, a better approach would be to engage them constructively while opening opportunities for them to demonstrate social responsibility.

What applies to the Tabligh also applies to all itinerant movements and pilgrimage groups that likewise move from one place to another. By not singling out the Tabligh as a unique problem we avoid the mistake of adding stigma to crisis; by engaging them positively, such movements can actually play an important role in containing this virus pandemic.

The underlying message ought to be that social welfare and caring for the greater good of society are also components of faith, and they are not incompatible.

*Farish A. Noor is Associate Professor at the S. Rajaratnam School of International Studies (RSIS), Nanyang Technological University (NTU), Singapore and coordinator of the RSIS doctoral programme. Part of an RSIS series, this appeared earlier in The Straits Times.