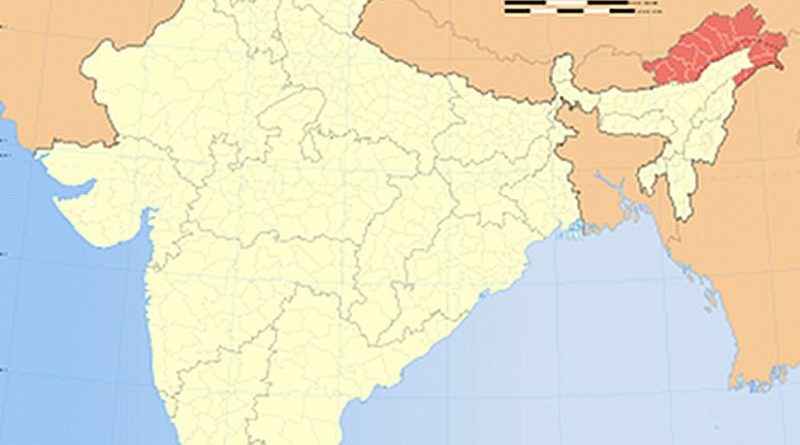 Over the decades the People’s Republic of China has sold to the world the narrative that it is a self-contained power and has no ambition of coveting territories of other nations. This is far from the truth. China in the past had tried to expand colonialism over other countries like Vietnam and India. The only problem was they were unable to hold on to the territories that they tried to colonize.

In their incursion into Vietnam in 1978 to teach Hanoi a lesson, they had to withdraw with a bloody nose. In their military excursion against India in 1962, they withdrew unilaterally behind the MacMahon Line, not in goodwill but in strategic calculations they would not succeed in holding on to those territories in Arunachal Pradesh, then NEFA, for long. They, however, projected it as a virtue.

At that time, defence was the lowest priority for the Indian government, which was upholding China’s cause universally and Indian Prime Minister Jawaharlal Nehru was shocked at this great betrayal. Nehru was so decimated psychologically that he died soon after in 1964.

At that time China was not a powerful military state, but its army was battle tested with revolutionary zeal. It invaded Tibet, a quasi-independent country at least, in 1951.

The other narrative that China created was that unequal treaties were imposed on a weak China, and this was expanded to gradually claim historical Chinese territories, expanding deep into Soviet territories in Central Asia. China creates its own history. It had no locus standi in the demarcation of territories between Tibet and India in the 1914 Simla Accord because Tibet was not Chinese territory at that time. China had only an Amban, an ambassador in modern parlance, in Lhasa.

By its shrill and bellicose opposition to the 14th Dalai Lama’s visit to Tawang and the entire state of Arunachal Pradesh, and connecting this whole issue to the India-China border talks, China may have scored some negative points. It has affirmed that the Dalai Lama remains central to China’s Tibet policy, and that Tibetans do not endorse Beijing’s position on Tawang and the whole of the state of Arunachal Pradesh.

By renaming six Arunachal Pradesh towns in Chinese on the pretext of standardisation of Chinese names, Beijing has exposed its real game plan on the border issue and tried to make it a territorial issue. Chinese foreign ministry spokesman Lu Kang said the renaming “supported” China’s territorial claims – “These names reflect from another side that China’s territorial claim over South Tibet is supported by clear evidence in terms of history, culture and administration”.

This is a bizarre argument, bereft of any logic. Mompas living on both sides of the border do not prove anything for China’s arguments. It can be turned over on its head that Mompas are historically Indians and the Mompa inhabited areas held by China should be returned to India. Neither side should indulge in such type of arguments.

In ancient times tribes moved across places and regions and settled down where suitable. This does not mean that entire tribes moved. China was once ruled by the Mongols. Using twisted logic can it be argued that China belongs to Mongolia? There are numerous such examples.

The Indian foreign ministry spokesman gave a suitable reply. Changing of names in another country does not translate into ownership.

China’s extra-territorial ambitions are no longer growing – they are galloping! The official Chinese daily, the Global Times (April 20) revealed this in an article. It quoted Xu Guangyu, a senior advisor to the China Arms Control and Disarmament, saying the following: “China will build ten more bases for six aircraft carriers”, adding that they can be built around countries friendly to China, like Pakistan.

Xu’s comments are significant and demands attention. He was not talking in the air and reflected the government’s plan. One aircraft carrier, the Liaoning, is already operational and taking part in exercises. A second is expected to be launched sometime this year, may be around the 19th Congress of the Communist Party. Each carrier will have a battle group, and will be placed in strategic areas where China has friendly relations. Chinese marine force is to be expanded from the current 20 thousand to 100 thousand.

The mention of “Pakistan” is an important pointer. The Gwadar deep sea port constructed by China is on 40 years management lease to a Chinese company. The company will also control other projects, Chinese aided, in Gwadar city. Gwadar is a declared defense establishment by the company. Pakistan has also set up a special naval task force for Gwadar port and strategic sea lanes where China is the main contributor of naval assets. This is also where the China-Pakistan Economic Corridor (CPEC) enters the sea. Naturally, this would be the first Chinese overseas base where its carrier task force will be placed. The entire project will be controlled by China. In other words, it will be China controlled territory.

Djibouti has agreed to a base for China. Beijing is also exploring similar bases in the Seychelles and Maldives. They have an eye on Myanmar and Bangladesh.

How is China viewing countries like India which are averse to such agreements? The approach will be increasingly adversarial, and pressure will be exerted in different ways, as we are witnessing on the Tawang/ Arunachal Pradesh issue.

It appears Beijing is heading towards remodelling the border issue with India into a territorial grab like they have done in the South China Sea. In course of time Beijing is likely to turn relations with India into the framework of relations with Japan (over the Senkaku islands) and other claimants to the South China Sea islands. The mantra is” keep diplomatic relations intact; trade and economic relations should continue, but also use the levers of power periodically; massive propaganda.

Where India is concerned, China’s “Three Warfare” strategy is unfolding. This encapsulates

These are the makings of an unhappy situation – things are going to unfold gradually.