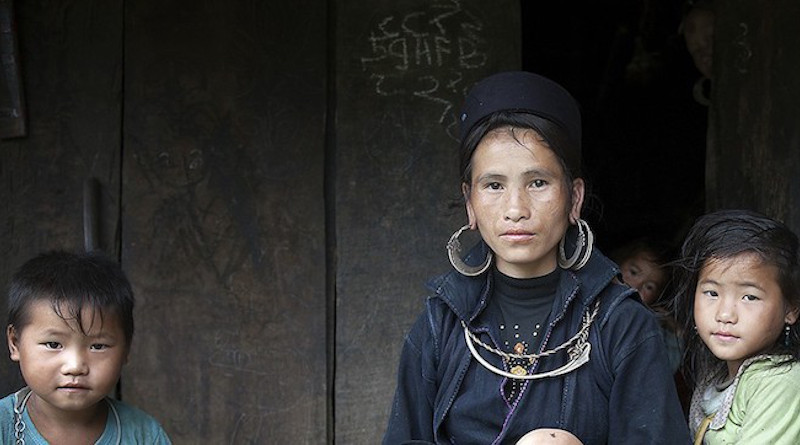 A new report warns that the minorities and other marginalised communities are even more exposed to the worst impacts of the COVID-19 pandemic, which is hitting South Asia. It has come at a time when governments are inflicting sustained assaults on their rights. Minorities face severe obstacles in accessing their right to nationality amidst rising majoritarian nationalism across many parts of the South Asia, says the South Asia Collective (SAC) in its annual flagship report, South Asia State of Minorities Report.

The report, which focuses on migrants, refugees and the stateless, is the outcome of a collaborative initiative of researchers and activists from across South Asia, highlights how numerous communities, including religious minorities, are denied official refugee or minority status by politicised and discriminatory citizenship laws, leaving them deprived of essential rights and services. This means that they are even more exposed to the worst impacts of the pandemic.

“While the virus has the potency to kill, poor governance choices can weaponize this potency,” says Joshua Castellino, Executive Director of Minority Rights Group International (MRG). “Stirring hate and attributing blame underscores two things: an inability of effective governance in solving a grave problem without playing blame games; and the real possibility that the life of the virus will be prolonged if left lurking amidst the most vulnerable communities.”

With more than 75 per cent of the world’s known stateless populations belonging to minority groups, according to the UN Refugee Agency (UNHCR), this disproportionate impact on minority communities is also an issue of concern in South Asia.

“Minorities in the region face a range of discriminatory exclusions and restrictions in relationship to citizenship, in breach of their international human rights, which also leaves them vulnerable to denial of other rights and access to basic services, including unfortunately access to health care and information in their own languages during the pandemic crisis,” says Dr Fernand de Varennes, UN Special Rapporteur on Minority Issues.

Longstanding challenges facing minorities such as the Rohingya of Myanmar, the Urdu-speaking minority of Bangladesh, as well as the emerging situation in Assam in north-eastern Indian where almost 2 million people are at risk of losing their citizenship, highlight that statelessness is a minority issue and a human rights issue in South Asia, as it is globally’.

The report also provides an overview of the overall state of minorities in countries across South Asia, covering events of 2019 and the beginning of 2020. Across many parts of the region, majoritarian nationalism and divisive rhetoric are on the march, animating hate speech and targeted violence against minorities, as well as ongoing socio-economic exclusion, likely to be further exacerbated amidst the COVID-19 pandemic.

“As some governments in the region draw on divisive rhetoric and escalate measures curtailing civil liberties, there are concerns that the already challenging conditions for minorities in South Asia outlined in this report may further deteriorate in light of COVID-19,” says Deepak Thapa of Social Science Baha in Nepal, a member of the South Asia Collective (SAC) which produced the report.

In Bangladesh, the report finds so called ‘untouchability’ to be a major barrier to accessing their fundamental rights as citizens for Dalits, causing regular displacement and eviction. Violence has been perpetrated against indigenous communities, including communal attacks, land-grabbing, rape, killing, and abduction. Developments in the citizenship law have left Bangladesh’s Urdu-speaking minority, often referred to as “Biharis” precarious, and could have far-reaching consequences. On top of restricted movement and poor living conditions, the Rohingya report extrajudicial killings.

In Pakistan, Afghan refugees and Bangladeshi migrants seeking citizenship face legal dead-ends that deprive them of vital rights, limit economic opportunities, and leave them facing disciplinary interventions and police hostility. The Rohingya, who cannot even theoretically qualify for citizenship, are at risk of arbitrary detention and harassment and are often denied access to healthcare and education.

Aid is drying up for Nepal’s Bhutanese refugees; essentials are being withdrawn and UNHCR schools and clinics are to be shut down by the end of 2020. Dalits report physical and structural violence. The report highlights how Nepal’s increasingly close ties with China endanger its Tibetan refugee community, already at constant risk of deportation and exploitation; Chinese President Xi Jinping’s visit to Kathmandu in 2019 was met with strict surveillance and the reported detention of activists.

In Sri Lanka, Sinhala-Buddhist nationalism and the spectres of extremism and forced conversion are major drivers of religious discrimination. Christians have suffered intimidation and the attack or closure of places of worship. The 2019 Easter Sunday attacks precipitated a violent backlash against local Muslim and Muslim refugee communities alike. Long classed as foreigners, and despite the recent grant of citizenship, hill country Tamils are left ‘neither here nor there’ and face barriers to essential rights.

The SAC report, published on April 29, advises all South Asian nations to accede to UN conventions on refugees and statelessness, to protect and support refugee populations. It asks them to enact comprehensive anti-discrimination laws, repealing those laws which discriminate, and introducing legislation that protects refugee populations. It urges civil society to advance dialogue and initiatives across the region, to understand and address the issues facing all minorities.

“This report emphasizes the importance of good governance in showing how we can collectively pass this test of humanity,” says MRG Executive Director Castellino. “Written by researchers steeped in the long term future and stability of their countries, they emphasize how putting vulnerable groups at the forefront of all prevention, mitigation and eradication efforts, irrespective of their identity, is key to realising the incredible human vibrancy that exists in every country in the region.”