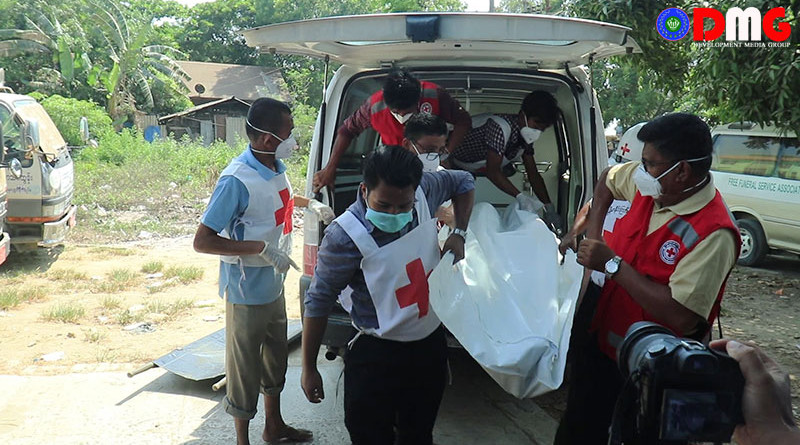 The President’s Office has announced the formation of a committee to investigate the deadly attack on a World Health Organization (WHO) vehicle last week in Minbya Township, Arakan State.

According to the April 28 announcement, the committee is tasked with conducting field investigations at the scene of the incident and surrounding area, as well as collecting witness testimonies regarding the armed assault on the vehicle, which killed one local WHO employee and injured another.

The committee has been empowered to carry out the probe in accordance with Myanmar’s Code of Criminal Procedure and Evidence Act, and may in the course of its investigation question military and police personnel, as well as other individuals as needed.

The Tatmadaw and the Arakan Army (AA) have blamed each other for the attack on April 20.

U Khaing Kaung San, director of the Wan Lark Foundation, expressed skepticism about prospects for the committee uncovering the truth behind the incident. The creation of committees and commissions was not unusual for the government, U Khaing Kaung San noted, but the effectiveness of these bodies was not always assured, he added.

The secretary of the newly formed four-member committee of inquiry is retired Colonel Htein Lin, a former Arakan State minister for security and border affairs who held that post from 2010 to 2017.

Colonel Htein Lin was recently appointed as a peace advisor for the President’s Office.

The WHO vehicle, which bore the UN health agency’s emblem, was fired upon last week near Rar Maung Bridge in Minbya Township, Arakan State, while transporting COVID-19 swab samples to the National Health Laboratory in Yangon.