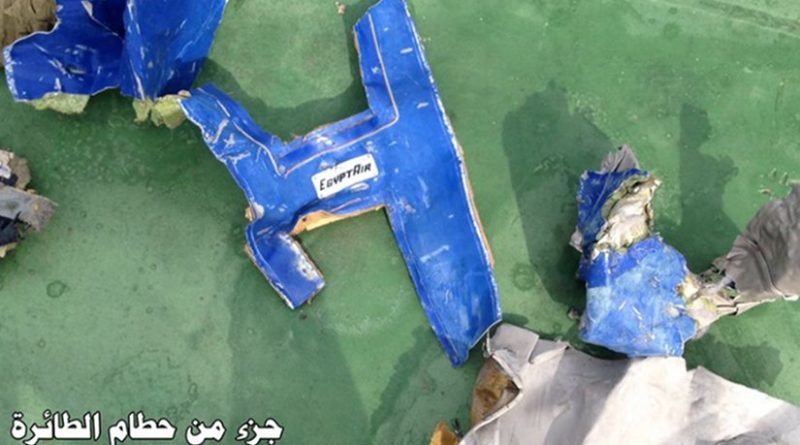 The Egyptian army has released pictures on Facebook of the wreckage of Flights MS804 and passengers’ belongings found in the southern Mediterranean.

Signals believed to be from a black box on the Egyptair jet that crashed into the Mediterranean Sea last month have been detected, the Egypt-led investigative committee said in a statement on Wednesday.

A specially equipped French vessel that had been commissioned to locate the plane’s two black boxes received signals from sea bed that are believed to from one of the flight data recorders, the statement said.

The Airbus A320 with 66 people on board vanished on May 19, shortly after leaving Greek airspace en route from Paris to Cairo.

Searchers are racing against time to recover the flight’s two black boxes – the cockpit voice and data recorders – which would help shine light on what caused the plane to plunge into the sea.