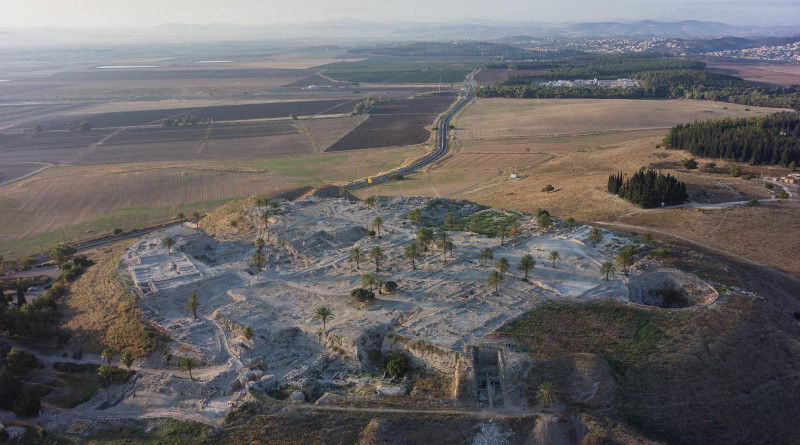 A team around Ron Pinhasi at the University of Vienna carried out a detailed analysis of ancient DNA of individuals from the Bronze Age Southern Levant known as ‘Canaanites’, to provide insights on the historical and demographic events that shaped the populations of that time and area.

The scientists aimed at answering three basic questions: How genetically homogenous were the people from the Bronze Age Southern Levant, what were their plausible origins with respect to earlier peoples, and how much change in ancestry has there been in the region since the Bronze Age?

The team extracted and studied the DNA of people from five archaeological sites in the Bronze Age Southern Levant. They all share the “Canaanite” material culture and seem to be descending from two sources: People who lived in the region at earlier times and people who arrived from the area of the Caucasus-Zagros Mountains. These populations mixed at roughly equal proportions.

The data shows strong genetic resemblance, including a component from populations related to Chalcolithic Zagros and Early Bronze Age Caucasus introduced by a gene flow lasting at least until the late Bronze Age and affecting modern Levantine population architecture. These groups also harbor ancestry from sources that cannot fully be modeled with available data, highlighting the critical role of post-Bronze-Age migrations into the region over the past 3,000 years.

The study provides evidence that the movement of Caucasus/Zagros people is already evident 4,500 years ago and likely started even earlier. This movement continued (although not necessarily continuously) throughout the Bronze Age.

“Populations in the Southern Levant during the Bronze Age were not static. Rather, we observe people movements over long periods of time – not necessarily continuously – from the northeast of the Ancient Near East into the region. The Canaanites are culturally and genetically similar. In addition, this region has witnessed many later population movements, with people coming from the northeast, from the south and from the west”, says Ron Pinhasi.

From the viewpoint of archaeology and history of the Ancient Near East, the team was surprised to see the strength of the Caucasus/Zagros component in the population of the Bronze Age, and that migration from this area continued as late as the second millennium BCE.

According to archaeological findings, the Bronze Age Southern Levant was divided into city-states, which present similar material culture. Now it can be concluded that similarity between these populations extends also to genetics, showing that it is a case of cultural unity associated with shared ancestry.

“Our results provide a comprehensive genetic picture of the primary inhabitants of the Southern Levant during the second millennium BCE”, says Pinhasi.