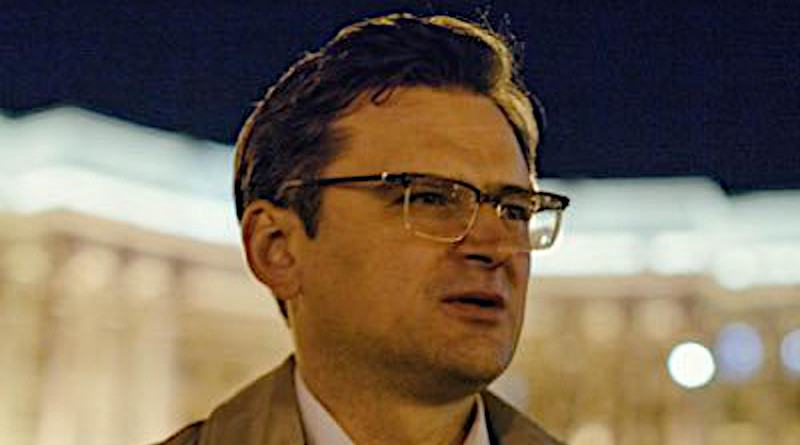 Both parties emphasized the strengthening of bilateral investment and trade cooperation.

Minister Augusto Santos Silva expressed his full support for every effort to develop investment and trade between the two countries, he invited his counterpart Minister Dmytro Kuleba to pay an official visit to Portugal as soon as the restrictions – due to the COVID-19 pandemic – are lifted.

The Portuguese Foreign Affairs Minister assured of his country’s further support for Ukraine’s territorial integrity and sovereignty within its internationally recognized borders, and the continuation of E.U. sanctions against Russia.

Minister Dmytro Kuleba expressed his gratitude for the unequivocal position of Lisbon and expressed hope for further and fruitful cooperation between the two countries in the U.N.: Portugal’s support for Ukraine in the EU and NATO. Augusto Santos Silva assured that Ukraine can count on such support from Portugal.

The Ministers exchanged experiences of their countries in combating the spread of the COVID-19 and overcoming the effects of the pandemic, as well as pertinent information on ongoing government measures to return to daily life.

The Foreign Affairs Minister of Ukraine expressed his concern and hopes for a full and impartial investigation into the circumstances of the death of a Ukrainian citizen, occurred in March 2020 at the airport of Lisbon and the lawful prosecution of those responsible for his death.

The Portuguese MFA assured of the commitment of the Portuguese authorities to a full and impartial investigation into the tragedy and to bring all perpetrators to justice.

For reference the Ministry of Foreign Affairs of Ukraine emphases that: