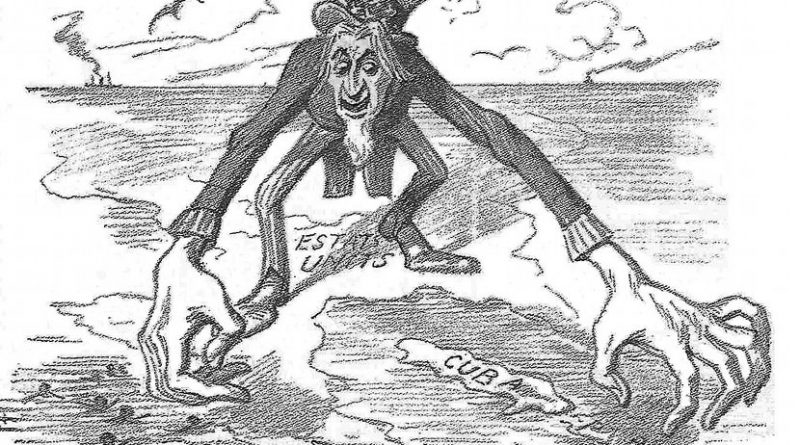 On 12 May, the Department of State notified the Congress that Cuba, among four other countries, was “not cooperating fully” with US counterterrorism efforts. This is the first time since 2015 that Cuba has been included in the counterterrorism blacklist and this inclusion is going to affect the Caribbean island’s economic engine. Due to Cuba’s incorporation in the “State Sponsors of Terrorism” list, the country won’t be able to export “dual use items” which are crucially used in the bio-medical sector. Moreover, this blacklisting will also discourage third-country commercial banks from trading with the island and will also disallow American researchers from travelling to Cuba using public universities’ fund.

The blacklisting of Cuba is a part of a series of US-sponsored measures to halt or destroy the remarkable progress of the country during the pandemic and to internationally demonize it through underhand tactics. Apart from blacklisting, American gunboat diplomacy is using a variety of tactics to achieve its goal of gradually crippling the Cuban economy and the curbing of charter flights to Cuba at 3,600 per year by US Transportation Department is one of the latest imperialist methods devised by the Washington martinets.

According to Mike Pompeo, the US secretary of state, the curbs on charter flights “will further restrict the Cuban regime’s ability to obtain revenue, which it uses to finance its ongoing repression of the Cuban people and its unconscionable support for dictator Nicolas Maduro in Venezuela.” Here, we get a glimpse of the full-blown US attempts to dismantle what John Bolton had called the “troika of tyranny” in which Cuba was identified as one of the three socialist countries  (the other two are Nicaragua and Venezuela) posing a threat to USA. It is in this context of the history of American imperialist bellicosity towards socialism that we have to interpret the current US diplomatic malevolence towards Cuba.

After the victory of the revolutionary Cuban guerilla force led by Fidel Castro in 1959, the dictatorial co-conspirator of US imperialism Fulgencio Batista was forced to flee to Rafael Trujillo’s Dominican Republic. This meant the ultimate demise of American hegemony on the Cuban soil which had converted the island into a colony. But USA never lost the hope of re-colonizing Cuba and Allen Dulles, at that time the director of CIA, states that “we must stop Castro’s victory”. The National Security Council too was perturbed by the advent of Cuban socialism and it suggested that “a military action might be needed in Cuba”. These threats translated into direct military action in 1961 in the form of Bay of Pigs invasion in which Brigade 2506, a CIA-backed mercenary group, attempted an abortive military incursion. Along with this militarism, America also started its notorious economic war against Cuba in 1959 with the Eisenhower administration slashing sugar quota and the state department boldly blazoning its noble objectives: “The sugar industry will suffer a rapid and abrupt decline that will entail general unemployment. Many persons will be without work and go hungry.”

The administration of John Fitzgerald Kennedy severely exacerbated the sanctions by imposing a total embargo on Cuba on February 3, 1962. This measure clearly contradicted his presidential campaign in which he had loftily decried Eisenhower’s support for Batista dictatorship. Nevertheless, Kennedy continued his complete embargo and even banned the importation of drugs and food products. All these sanctions continued to exist till the presidency of Richard M Nixon with certain adjustments. But with the presidency of Gerald R. Ford and Jimmy Carter, US-Cuba ties were beginning to get normalized and US sanctions too were being loosened. This process of normalization and rapprochement was abruptly halted by Ronald Reagan who implemented the Santa Fe program, a regime change policy. These policies included Cuba in the list of terrorist nations, imposed travel restrictions, blacklisted certain individuals and carried out trade terrorism against maritime companies maintaining relations with Cuba.

After Reagan, George H.W. Bush arrived to take the reins of anti-Cuban economic warfare. He passed the Torricelli Act in 1992 which was meant to be the “final blow” to Cuba and according to the act’s author Robert Torricelli, he had “no regrets choking Cuba”. The Torricelli Act devastated the Cuban economy comprehensively and during 1989 and 1993, Cuba’s GDP fell by 32%, fiscal deficit rose to 320% of GDP and real wages fell by 25%. George H.W. Bush was not content with an economic catastrophe. He also made arrangements for the funding of an internal opposition through Article 1705 of the Torricelli Act which aimed at toppling the Cuban communist government.

With the arrival of Bill Clinton in the White House, the economic siege of Cuba intensified and the Helms Burton Act of 1996 was the legal codification of this economic siege. The Helms-Burton act drastically decreased any scope for foreign assistance and reduced the benefits of the Foreign Assistance Act. Article 109 of the act authorized the US president “to furnish assistance and provide other support for individuals and independent nongovernmental organizations to support democracy-building efforts for Cuba”. This was a genteel way of saying what a CIA torture manual had termed as “Implicit and Explicit Terror” and “Selective Use of Violence for Propagandistic Effects”.

George W Bush, who succeeded Bill Clinton, continued and augmented the previous sanctions regime through the creation of lethal policy measures. George W Bush created the Commission for Assistance to Free Cuba (CFAC) which attempted to privatize and reconstruct the Cuban economy by returning nationalized properties to previous owners, restoring latifundia, eliminating social security systems and cancelling pension schemes. It also imposed existential restrictions on Cuban families living in USA by stating that they did not have the right to visit their relatives living in Cuba for more than 14 days every three years. Moreover, Cubans living in USA who were members of Communist Party were not allowed to send remittances to their families living in Cuba. CFAC also had a hefty budget of $36 million to finance opposition in Cuba and was provided with $24 million to carry out the necessary propaganda. To avoid any negligence in the enforcement of anti-Cuban laws, the Working Group for the Implementation of Sanctions was created which hounded individuals and agencies responsible for violating draconian US laws against Cuba.

The Barack Obama Administration certainly heralded an easing of long-drawn-out diplomatic feuds but it is still necessary to remember that Obama did not fully embrace normal ties with Cuba. In fact, president Obama extended the Trading with the Enemy Act of 1917, continued to apply specific travel restrictions and cancel visas. But these subterraneous sanctions were obscured by the meeting of Barack Obama and Raul Castro on 11 April, 2015 in Panama and the visit of Obama to Cuba in March 2016 which made him the first president to do so since Calvin Coolidge in 1928. These events possessed great symbolic significance but did not materially re-constitute USA’s hubristic imperialism.

More than 50 years of imperialist animus and sectarian sanctions have cost Cuba approximately $751 billion. Under the Trump administration, the war against Cuba is being aggressively pursued and this campaign has been ideologically updated by providing two reasons for waging this imperialist war. Firstly, it has been claimed that Cuba is an undemocratic nation and it needs a bout of American democratization. The pretext for democratization has been adopted in order to appropriately align US-Cuba hostility with a post-Cold War world where Havana-Moscow rhetoric has been extinguished due to the dissolution of USSR.  US-led democratization of Cuba will prove to be totally disastrous and this is evidenced by the US invasion of Iraq in 2003 in which the US killed innumerable Iraqi civilians in the name of democracy. Secondly, the Trump administration has also claimed that Cuba is spreading the contagion of socialism in Venezuela by backing Nicolas Maduro. For this reason, Cuba has to be mercilessly punished. This kind of justification for US interference in Cuba was clearly enunciated by president Trump in a tweet in which he said that “If Cuban Troops and Militia do not immediately CEASE military and other operations for the purpose of causing death and destruction to the Constitution of Venezuela, a full and complete embargo, together with highest-level sanctions, will be placed on the island of Cuba. Hopefully, all Cuban soldiers will promptly and peacefully return to their island!” Support for these kinds of American interference is provided by the Cuban exile populations in Florida and New Jersey. Senators like Marco Rubio are part of this population and it is pertinent to remember that Marco Rubio has said that the aim is “to empower individual Cubans to be economically independent of the Castro military and of the Castro regime” and he has also threatened that if Maduro does not step down, he will meet the same fate as Gaddafi.  Rubio’s anti-Cuban and anti-Venezuelan hate campaign represents the new strategy of Donald Trump in which both the socialist countries are being targeted for not catering to American corporations.

In the contemporary conditions, Cuba is consistently being assaulted by US for showing its remarkable resilience in spite of sanctions and for sending 28 medical brigades with more than 2,000 health professionals to at least 24 nations. Cuban medical internationalism is disturbing Trump’s America where private pharmaceutical giants are unable to fulfill the needs of US citizenry. In Cuba, the Center for Genetic Engineering and Biotechnology (CIGB) in Havana is using new drugs against Covid-19 virus and is using its experience in immunotherapy to deal with the ongoing pandemic. But Trump has refused to interact with Cuba and is forcing American citizens to die in spite of the availability of drugs such as interferon alpha 2b which can combat Covid-19. The world finally needs to take cognizance of US imperialism which is penalizing a socialist nation for saving lives and is refusing to allow American citizens to benefit from a socialist health system.