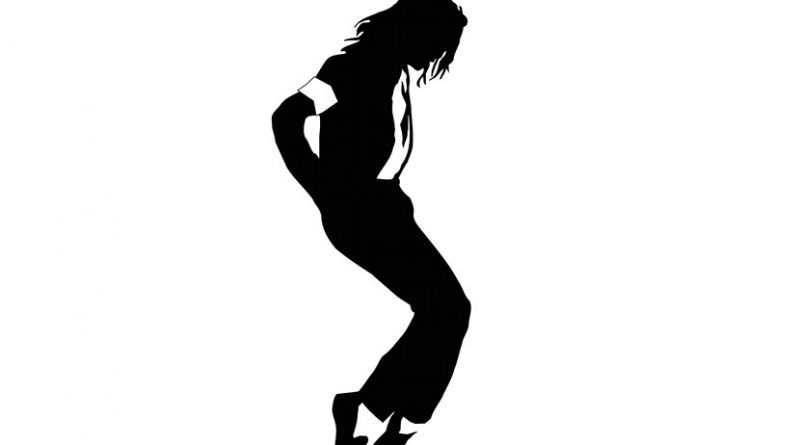 This week marked 10 years since the death of Michael Jackson. As Saudi Arabia prepares to welcome “Thriller Live,” an international tribute show dedicated to the late King of Pop, which toured the UAE earlier this year, it seems Jackson’s stardom — at least in the Middle East — is not fading. Many fans can’t believe it has already been 10 years since the passing of this megastar; a man who’d spent pretty much his entire life in the spotlight, in all senses; a man who wrote and sang some of the finest pop songs ever, and who became the first (and so far the only) pop star to enter the Dance Hall of Fame.

His undeniable talent was otherworldly. As was Jackson himself. That was thanks in part to his odd mannerisms — his air of childhood innocence, his tremulous speaking voice — and in part the fact that his skin color and appearance changed so markedly throughout his life. ADVERTISING

As a performer and musician, Jackson was idolized around the world. He became an enormous part of people’s lives — and arguably the most recognizable person in history, despite all the surgery.

He was also, it is alleged, a serial pedophile.

Those allegations date back. In 1993, Evan Chandler accused Jackson of sexually abusing his 13-year-old son Jordan. In January 1994, Jackson reportedly reached a financial settlement of $23 million with the Chandlers and in September that year the criminal investigation was closed.

In the early 2000s, similar allegations were made. This time, the case went to trial and Jackson was found not guilty in 2005. Former child actor Macaulay Culkin, star of the “Home Alone” films and a frequent visitor to Jackson’s Neverland ranch (along with several other young boys), testified in support of the pop singer at that trial. As did another of Jackson’s former child friends, Wade Robson.

Robson is one of two men featured in the documentary, “Leaving Neverland,” released earlier this year. Along with James Safechuck (who, when he was younger, also told investigators that he had not been sexually abused by Jackson), Robson now alleges that Jackson did sexually abuse him as a child, and provides graphic descriptions of the acts they engaged in.

The allegations made in the documentary have been rebuffed by Jackson’s estate, which is suing HBO (which screened the documentary in the US) for $100 million. Both Safechuck and Robson are currently appealing against judgments in their own lawsuits against Jackson, which were dismissed in 2017.

“Leaving Neverland” is perhaps the strongest blow yet to Jackson’s legacy. But it has also served as a rallying point for his supporters, who fervently refuse to believe their idol could have been guilty of child abuse.

Jackson has a huge fanbase in the Middle East. For many, he was the first superstar they heard on heavy rotation in the region, as radio only really took hold in the Gulf in the 1980s. As Saudi Arabian journalist and artist Rym Ghazal explained to Arab News: “I don’t think MJ knew just how much his music shaped a whole generation of Arabs — just how many fans he had here and just how devoted they remained throughout his ordeals. We might not have heard of The Beatles or Elvis Presley, but we sure knew Michael Jackson.”

Ghazal is, she admits, a huge fan. She even named one of her childhood pets MJ.

“His music and his songs remain timeless,” she says. “He truly put his heart into each song and they touched on universal issues that I could identify with. He sang for the world, for the environment and about healing and kindness at a time when no one even gave nature a second thought. He also sang about accepting others as they are and topics that hit a chord with the public. He was ahead of his time and an enigma.”

Regarding “Leaving Neverland,” she says she has “doubts about its validity” because of the element of “massive financial compensation sought” and because it is “one-sided.” But she also makes a point that many others have echoed: That art should be assessed separately to its maker.

“Regardless of whatever happened in Michael Jackson’s personal life, that doesn’t take away the powerful messages and the beautiful music he created,” she says.

Others also say that Jackson’s personal life should not affect appreciation of his music. Ahmed Haram, a student at the American University of Sharjah, counts Jackson among his “top artists, very talented,” and says the documentary’s allegations “just made me lose a little respect for him, that’s all.”

Dubai-based Saudi Arabian radio host Hassan Dennaoui (aka Big Hass) says he does not believe the allegations against Jackson, and suspects there may be a conspiracy behind them.

“MJ was a pioneer, a music genius, an entertainer at heart, with the most humble intentions to make people happy and just dance. In my opinion his legacy will prevail, even with all the ridiculous allegations that targeted him when he was still alive and recently with the lame excuse of a documentary,” he says. “The world is drenched in the will to cause harm regardless of consequences. Personal interests, money and bigger agendas are brought forward and prioritized over the reputation of artists such as MJ. My convictions about him have never changed: the artist and the human being he was show a fragile — sometimes misunderstood — individual who was put into stardom too early but succeeded.

“He was also planning to convert to Islam, which I am sure many parties in power wouldn’t want to happen, as they knew MJ’s positive influence,” he continues. “Or else they wouldn’t have tried to sabotage his reputation and discredit his entire career.”

Others suggest that Jackson’s own well-documented troubled childhood could lie at the root of the allegations against the star. “He was a talented musician who didn’t have a chance at a normal, healthy life,” says Emirati banker Mohammed Murashi. “I don’t know if the allegations against him are true, and if they are it’s inexcusable, but I’m certain the abuse he supposedly faced and unusual life left him with numerous issues, and could have contributed to his lack of social norms.”

Mawaddah, a young lady from Jeddah, says that “Leaving Neverland” has not affected her opinion of Jackson’s music, but that it has made her relationship with the singer more complicated.

“I am still a fan of his music. Before, I liked him as a person too. I thought he was a nice, very liberated guy. And then I watched the documentary,” she tells Arab News. “Right now, every time I go to my playlist on my phone or my computer, I just get that image in my head. I still like his music, but I just leave, most of the time.”

In Dubai, “Leaving Neverland” was shown at Cinema Akil. There were plenty opposed to the film being shown. Journalist William Mullally, who moderated a panel discussion that followed one of the screenings, tells Arab News there were “a lot of people who were very against it being shown in the first place, and a lot of people who felt it needed to be shown.” The cinema and Mullally himself received “hundreds of messages” from people saying that the film should not be screened. “It really did feel like the pressure was on in order to downplay any accusations.”

He continues: “At the discussion itself, it felt like a lot of the room was pro-Michael Jackson, and two of the four panelists were very skeptical of the allegations and pushed back very hard against anything the film had to say.”

The arguments in support of Jackson in the room that night, Mullally says, felt very much like “the kitchen-sink defense,” with audience members claiming that the documentary was suspect because it failed to mention that one of the accusers had dated Jackson’s niece when he was younger. Others said there just wasn’t enough proof presented for them to believe that Jackson was a pedophile.

“But when they were questioned on what exactly they would require in terms of proof, it got a bit hazy,” says Mullally. “It did seem like there was some kind of dissonance in their ability to talk about allegations in general, and the way that predators operate in general, and then apply that same logic to the Michael Jackson story.”

Mullally understands that impulse though, even if he doesn’t share it. “I grew up as a Michael Jackson fan myself. And for a long time I was skeptical of these allegations when they were coming out in the Nineties and the 2000s. I think it just hurts harder with Michael Jackson. He means so much to us. He’s been a part of the best moments of our lives: playing at our weddings, becoming closer to our family members, and discovering ourselves through music. And I think because of that — because he feels almost like a member of the family — people have a knee-jerk reaction to defend him as if he is a member of the family,” he says. “They don’t want to let Michael go.”

One thought on “Despite ‘Leaving Neverland,’ Michael Jackson’s Star Undiminished In Middle East”