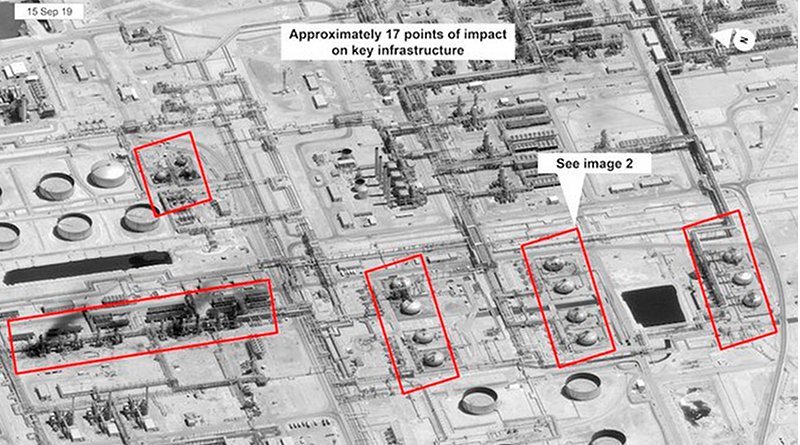 A foreign ministry statement said the findings of UN Secretary General Antonio Guterres’ report “leaves no doubt for the international community about Iran’s hostile intentions towards the Kingdom in particular, the Arab region and the wider world in general.”

Guterres presented his report to a virtual gathering of the Security Council on Tuesday, implicating the Iranian regime in attacks last year on oil installations in Abqaiq and Khurais in the east of the Kingdom.

The ministry’s statement also echoed calls made during the virtual meeting by US Secretary of State Mike Pompeo for an extension of an arms embargo on Iran.

It said the report’s findings also highlighted Iran’s continuous aggressive approach to destabilizing the region’s security, and the regime’s logistical, military and financial support for armed terrorist militias in Yemen, Iraq, Syria and Lebanon — something it did with “no regard for international laws and treaties or the principles of good-neighborliness.”

Foreign minister Prince Faisal bin Farhan said the security council meeting was a “reminder for the international community to take a firm stance against the Iranian regime’s aggression and terror.”

The details and facts laid out in the UN report “reinforce our support for a continued ban on arming the Iranian regime, and confronting its developing nuclear and ballistic programs,” he said on Twitter.

The ministry added that the Kingdom would not allow transgression of its borders and threats to its national security — or threats to the safety of international waterways — posed by the “hostile behavior of Iran.”