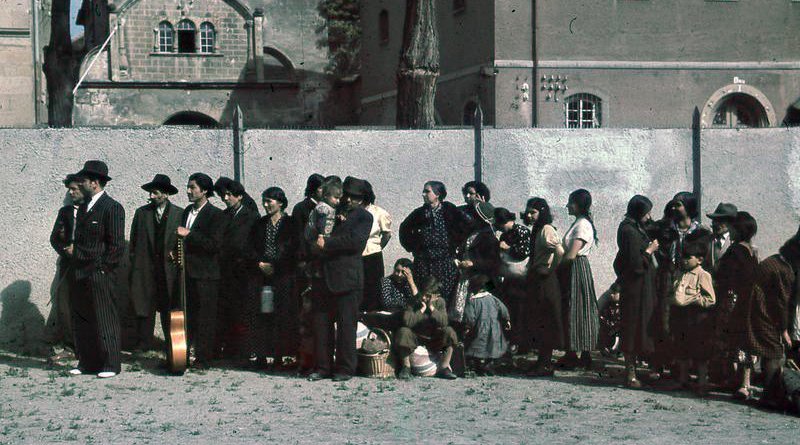 Ahead of the Roma Holocaust Memorial Day, we pay tribute to the 500,000 Roma victims of the Holocaust. This year in particular, we commemorate with deep sadness the 75th anniversary of the murder of the last Roma who were so wrongly and brutally incarcerated in the ‘Gypsy Family Camp’ in Auschwitz – people who were put to death just for being who they were.

There is no place in our modern European societies and political discourse for the dehumanisation of the Roma or any other minority groups. The atrocities of the past stand as a reminder that equality and non-discrimination are values which cannot be taken as given: upholding them requires our constant attention and readiness to challenge those who would attack them.

75 years have passed, but we do not forget. The memory of the horrors of the past must inspire us all to stand up for the values we believe in. To see every one of our fellow citizens as themselves, as individuals, and to wonder how we would feel if we were them. That is the lesson we have learned from our parents and grand-parents who experienced the darkest of times. So together with our Member States and local communities, we will continue to fight against all forms of racism and ethnic discrimination, here in Europe and worldwide.

In 2015, the European Parliament declared 2 August as the annual “European Roma Holocaust Memorial Day” to commemorate the 500,000 Roma – representing at least a quarter of their total population at that time– murdered in Nazi-occupied Europe.

On 2 August 2019, Commissioner for Justice, Consumers and Gender Equality Věra Jourová will join the commemoration ceremony in Auschwitz-Birkenau to mark the 75th anniversary of the extermination of the last remaining Roma in the concentration camp of Auschwitz-Birkenau. The commemoration ceremony, held by the Central Council of German Sinti and Roma, with the Association of Roma in Poland and in cooperation with the Auschwitz-Birkenau State Museum, brings together more than 1,500 Romani people from all over Europe. Representatives from governments, delegations, international organisations and civil society will also attend the event.

In May 1944, the Nazis started to plan the “Final Solution” for the “Gypsy Family Camp” in Auschwitz. The initial date for the liquidation of the “Gypsy camp” was planned for 16 May 1944. When the SS tried to force the prisoners out of the barracks they faced a rebellion of Roma men, women and children, armed with nothing but sticks, tools and stones, and eventually the SS had to withdraw. Then, on 2 August 1944, the order came again and some 3,000 Roma men, women, and children were exterminated in the gas chambers of Auschwitz-Birkenau. An estimated 19,000 of the 23,000 Roma sent to Auschwitz died there.

The European institutions and every EU country have a joint responsibility to fight discrimination and antigypsyism, and to improve the integration of Roma. In 2011, the European Commission called for national strategies for Roma integration.