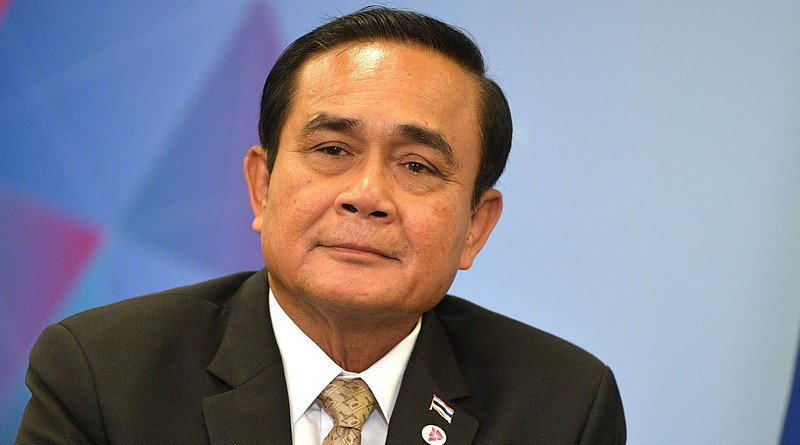 The Thai government’s crackdown on alleged fake news went into effect Friday, with the order published in the Royal Gazette stating that its purpose is to prevent news or information that causes “public confusion” or “undermines the state’s security.”

Representatives of six leading Thai media associations submitted a petition to the government spokesman on Friday protesting the new measures. These allow the prosecution of journalists, celebrities and social-media administrators suspected of spreading fake news.

The associations, in a joint statement earlier this week, had condemned the order as a crackdown on free speech.

The order says it prevents people “from presenting news, selling or disseminating papers or print other materials which cause public fears, or distorted information to cause public confusion during the emergency state and undermine the state’s security or public morality in areas under the emergency decree.”

Under the order, the National Broadcasting and Telecommunication Commission (NBTC) has been empowered to get details about people or groups spreading allegedly distorted information from internet service providers (ISPs) and terminate their connections for spreading alleged fake news.

Then, “the NBTC shall promptly file the information to the national police bureau to begin legal action,” said the order signed by Prime Minister Prayuth Chan-o-cha.

“Should any ISPs refuse to comply, the NBTC shall take against action against them.”

The order was made under the provisions of the current emergency, which was imposed by Prime Minister Prayuth Chan-o-cha in March 2020 and will last least until at least the end of September.

It came after a Facebook post on Tuesday in which Prayuth said there had been widespread dissemination of false information or distortions of officials’ quotes by traditional and social-media users, leading to public misunderstanding.

“The Digital Economy and Society Ministry, the police’s Technology Crime Suppression Division and the national police bureau must take measures to promptly and attentively prosecute major disseminators – be [they] the media, celebs or Facebook page administrators – not small users,” Prayuth had said on Facebook.

Chaiyawut Thanakmanusorn, the minister of digital economy and society (DES), last week warned celebrities and actors to stop using social media to attack the government, saying it could be considered fake news.

Prayuth and his government have been the focus of the ire of pro-democracy activists who began protests in July 2020 to demand that the PM step down, the constitution be updated and the monarchy be reformed.

Beginning in November 2020, at least 97 people have been charged under the draconian Lese-Majeste – the royal defamation law – after Prayuth vowed to exercise all “pertaining laws” against the youth-led anti-government demonstrations. Lese-Majeste carries a maximum prison sentence of 15 years per count.

Since a spike in COVID-19 cases started in April, doctors, celebrities and citizens on social media have also joined in the criticism of the government.

They have said the government had mishandled the pandemic and been overly dependent on the Chinese-made Sinovac vaccine and British-Swedish drug maker Astra-Zeneca’s jabs, which are being produced by Siam Bioscience, a local company owned by the Crown Property Bureau.

Even before the new measures went into effect, a 19-year-old rapper Danupa “Milli” Khanatheerakul” was last week accused of defaming Prayuth after she criticized the government, on social media, for its alleged mishandling of the COVID-19 pandemic.

On July 22, police fined the rapper 2,000 baht for her alleged defamation of Prayuth. Two other celebrities, Miss Grand Thailand 2020, Patcharporn Chantharapradit, and film director Yutthalert Sippaphak are also being investigated for actions similar to the rapper’s, police said last week.

“The order gives broad power to the government to interpret what is deemed distorted, creating fear that official could abuse the power. That affects the people’s rights and freedom of speech to voice criticism of the government,” Werayuth, a doctoral candidate in communication and media at Loughborough University in England, told BenarNews.

“What the government is doing is not right.”

“The government only intends to crack the whip on agencies responsible for countering fake news dissemination and purported distortion of information,” he said on Friday, according to local media reports.

“It is not meant for enforcement on professional media.”

But on Wednesday, the six media associations said the new crackdown would amount to an official assault on the public’s right to accurate information as well as free speech during a pandemic.

The associations urged journalists to call on Prayuth to stop threatening to sue news organizations that disseminate what he described as fake or distorted reports about the government’s handling of the COVID-19 crisis.

“The Prime Minister’s insistence on enforcing the new measures, along with the recent attempts by his government to intimidate and take legal action against members of the public who simply exercise their constitutional rights to criticize the administration during the COVID-19 pandemic, clearly reveal an intent to crack down on the freedom of expression enjoyed by the media and the public,” the associations said in their statement.