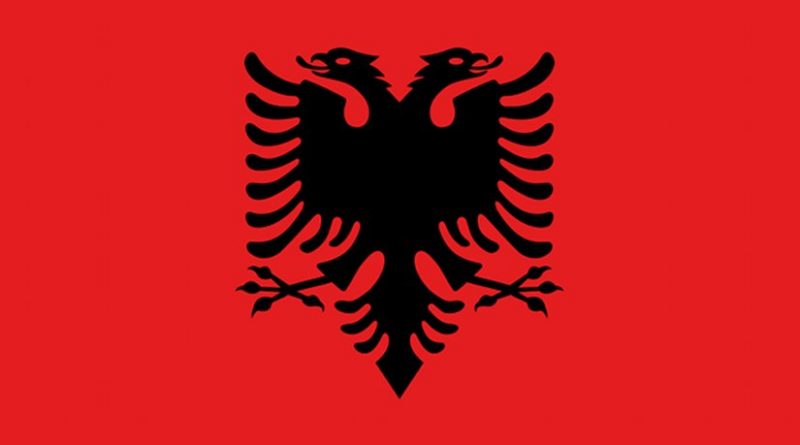 My dear countrymen open your years and listen!

For 138 years Montenegro has been is growing at the cost of Albanian lands. Don’t forget the history as unscrupulous acts are still emerging today. What are we going to do in case memory fails us!

One time Russia swallowed our lands with the Treaty of San Stefano in March 1878 (thanks to which Montenegro doubled its territories). A few months later the Treaty of Berlin was able to cut off our territories by approving a legal accord-framework at the Congress of Berlin, in June 1878. Based on these two treaties Albanian territories were slaughtered, on 1878-1883, the Ottoman Empire begun to sell Albanian territories (as if they were theirs) in order to further extend the agony of the Sublime Porte.

Finally the coalition of shame, of European powers brought into a single front: Russians and Ottomans, Germans and French, Austria-Hungary with Serbian-Montenegrins; in order to surround by land and sea the ‘headstrong’ Albanians (1883).

As a result, Montenegrins slaughtered our territories. They begun to spread from Cetinje all the way to the ridges of Albania, then continued towards Rozhajë, Plava and Gucia, Hoti and Gruda, Tuz and Dinoshe, Lake of Shkodër, Ulcinj and Bar (Tivar), Krajina and Anamalit.

The history continues. Yugoslavia, the AVNOIT, with Aleksandar Ranković and J. B. Tito slaughtered Albanians within the Republics of Serbia, Montenegro and Macedonia, just like a commodity in the market. Tito, the father of Yugoslavia, behaved as a step father with Albanians. Tito needed Albanians in order to satisfy the ethnic appetite and extinguish the phobias inside Yugoslavia. The borders of Kosovo at that time had shifted based on the interests of the Serbian-Federalist policy in Belgrade.

The history does not stop here. In 1974 was drafted the new Yugoslavian constitution. Kosovo and Vojvodina were given the status of Autonomy with representative elements at the federal level. However the territory of Kosovo remained under an administrative framework, easily changeable within Yugoslavia and even Serbia. Only the international border that Kosovo shared with the Republic of Albania could not be changed and modified.
As a result Yugoslavia under the leadership of Aleksandar I Karađorđević, Obrenovich dynasty, Serbo-Croatian-Slovenian rule and AVNOIT; the borders of Kosovo have always been shrinking up to existential limits for the Albanian people.

The history does not stop here. In summer of 1999 Kosovo was liberated from Milosevic’s Serbia. However it could not salvage its territory from the ever growing territorial claims of its neighbors including Serbia.

There started another massacre over Kosovo. The Serbians stopped at the Bridge of Iber, thanks to distant blood lines with a few war mongering Europeans and Quisling politicians inside Albania. Macedonians would also have a positive gain in this juncture due to the mere fact that on both sides of the border (between Macedonia and Kosovo) there were ethnic Albanians! Macedonia took advantage and chewed many thousands of acres from the sovereign territory of Kosovo, located within its political borders.

Now; enough is enough! Let’s finally stop the history at the Mountainous Region of Rugova. Over the last few days we have seen a heated debate. The situation is going beyond control. Kosovo’s signatories and government leaders are worried about Montenegro. They are ready to turn in and give up thousands of acres of land to Montenegro “in order to avoid ruining the bilateral relations with Podgorica.”

However, thank God, the President of Montenegro stated that “the lack of the bilateral demarcation line ratification [by the Parliament of Kosovo] will not affect the bilateral cooperation with Kosovo.” It appears to be that Podgorica has a much more realistic posture than Prishtina. It is evident that today’s leaders of Podgorica know it very well, better than Prishtina’s leadership that “enough is enough.” It beyond imagination, the words that we are hearing!

In the last few days a number of arguments have seen the light of absurdity, that are impossible to be analyzed by any logic laboratory. After a rain of speculations from the Government of Kosovo stating that “Kosovo will not lose a centimeter” and after the alarm that “Kosovo will lose 8,200 acres in Rugova” there comes the opportunistic option (from its government), unseen and unheard off: in the world history; in international laws; and in the world’s cartography. According to such a foolish sophism “Montenegro will expand, however Kosovo will not shrink.” (!?)

From where is Montenegro going to gain additional territories, if it does not annex the physical territories of Kosovo? Montenegro is not in Antarctica. It is not even located in the middle of vacant territories. As a result in the physical map of the Balkans there is no chance to have an aggrandizement of a country without snatching territories from another country.

My fellow Albanians open your years and listen! The phantasms of San Stefano and Ottomans are rising again over the Balkans. Until their gun shots and powder is heard, understood and sniffed by our allies, let’s defend our lands with every price and sacrifice.

Montenegrins came from the mountainous Cetinje highlands covered in Black Rocks, but they spread, expanded over the lands of Albanians, the most ancient nation in the Balkans.

“It is our land,
Inherited by our forefathers,
Let no one to hit them,
Otherwise we will die to defend them”

My fellow countrymen open your ears and listen! Evil from outside is married to evil within us and they together want to leave us without a fatherland.