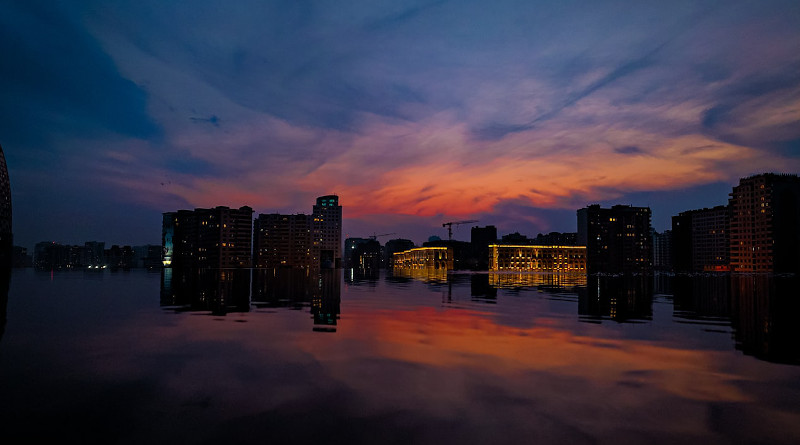 Fighting in July between Armenia and Azerbaijan caused many casualties along the border, and the governments of the region fear an escalation to the scale of the four-day war between the two states in 2016. I will not delve into the details of the recent flare-up as that has been done elsewhere (and much remains in dispute in any case), but will focus instead on one interesting aspect of the tension in the South Caucasus: the role of Israel.

Jerusalem is confronted with a dilemma in the Armenia-Azerbaijan conflict over Nagorno-Karabakh (which is officially within Azerbaijan’s borders). Israel is not a direct participant, but it enjoys close relations with both combatants (for instance, Armenia recently sent its first ambassador to Israel). Jerusalem has stayed completely out of the evolving conflict so far, which is the logical approach. One of the latest statements from Israel’s foreign ministry about the recent violence is an anodyne expression of concern and a hope for a swift ceasefire.

Though small and far from the conflict area, Israel nevertheless has vital strategic interests in the South Caucasus. Azerbaijan stands out, as its relations with Israel dwarf the latter’s relations with Armenia.

Israel and Azerbaijan established diplomatic relations in April 1992, and in 1993, Israel opened an embassy in Baku. Ever since then, relations have broadened and deepened. The relationship is predicated on a number of geo-strategic factors. The first is Azerbaijan’s loss of political control over Nagorno-Karabakh and growing need to correct that situation via an expansive military program, which has caused it to become a major importer of Israeli defense technologies. Israeli defense companies have trained Azerbaijani special forces and bodyguards, built security systems for the Baku airport, and upgraded Soviet-era military equipment (tanks).

The scale of the transactions between the two is immense. In 2012, reports emerged about a $1.6 billion purchase by Azerbaijan of weapons manufactured by Israel Aerospace Industries. In 2016, Israeli PM Benjamin Netanyahu said Azerbaijan had bought $5 billion worth of weapons from Israel (unmanned aerial vehicles and satellite systems). In 2017, the Stockholm International Peace Research Institute reported that Baku had purchased $127 million worth of military technology from Jerusalem.

This does not mean that all has gone smoothly so far. Halts in cooperation between the two have occurred. In 2017, claims emerged that an Israeli drone manufacturer had attempted to bomb the Armenian military on the Azeris’ behalf during a demonstration of one of its “suicide” unmanned aerial vehicles. In a rare move, the Israeli Defense Ministry suspended the export license.

Thus it comes as no surprise that on July 21, after the recent border flare-up with Azerbaijan, Armenia showcased alleged Israeli-made drones that it presumably shot down during the fighting. No specifics were given, but the Israeli firm Aeronautics Defense Systems does indeed manufacture several types of Orbiter UAVs, including lightweight systems for reconnaissance and others for aerial attack.

Overall, however, the bilateral military cooperation has been burgeoning ever since Azerbaijan’s independence in 1991. Israel has been willing to provide Baku with high tech at a level that Yerevan and even Moscow do not possess.

But business alone is insufficient grounds for a long-term geopolitical relationship. Azerbaijan and Israel share other fundamental interests, of which the Iran issue is arguably the most crucial.

Iran, located to Azerbaijan’s south, is Israel’s arch nemesis, while Baku and Tehran have mixed relations. Diplomatic relations exist and bilateral economic contacts are extensive (primarily via the newly introduced North-South economic corridor through Azerbaijan, though much more can yet be achieved there). Baku is nevertheless apprehensive about Iranian moves that could complicate its position in the South Caucasus and Caspian Sea.

All of this is heightened by Tehran’s concerns about the allegedly political aspirations of the Azeris in Iran. Tehran thinks that at an opportune moment, secession talks could occur, at which a “Greater Azerbaijan” idea might emerge. This is all hypothetical, but there is a high level of distrust between the two states. Consider, for example, Azerbaijan’s recent claim that Iran was sending trucks to Nagorno-Karabakh. Baku summoned Iranian diplomats and accused Tehran of stoking the conflict over the land.

This state of affairs naturally makes Israel a comfortable partner for Azerbaijan. Moreover, from Jerusalem’s perspective, Azerbaijan’s geographic position on Iran’s border makes it an ideal site for the gathering of strategic intelligence. Media sources claim that Israel helped Baku build electronic intelligence-gathering stations along the Azerbaijani border with Iran in the 1990s.

Claims are occasionally made that the two countries are engaged in tactical cooperation against Iran. For instance, in 2012, Foreign Policy reported that Israel had an arrangement with Azerbaijan allowing it to potentially fly sorties out of the country. Cooperation regarding the war on terror also exists.

The close relations between Israel and Azerbaijan also fit into the larger perspective the US has for the region. In the early 1990s, Washington encouraged a triangular relationship between Turkey, Azerbaijan, and Israel. Georgia was added later, though the Russian invasion of Georgia in 2008 shattered Tbilisi’s prospects as did the crisis in Israeli-Turkish relations.

Despite that setback, the geopolitical model has worked. Azerbaijan and Israel continue to regard their geopolitical interests as vital for regional security, and Georgia plays a transit role. Baku supplies up to 40% of Israel’s oil needs, which is imported through the Baku-Tbilisi-Ceyhan (BTC) pipeline.

There are also weaknesses to their bilateral relations. Azerbaijan experiences geopolitical pressure from Russia and Iran, and the cold-to-hot war with Armenia is a persistent problem. In these difficult geopolitical circumstances, Baku has to balance its relations with Israel carefully to avoid drawing heavy pressure from Tehran, Moscow, and even Ankara.

This article was published in BESA