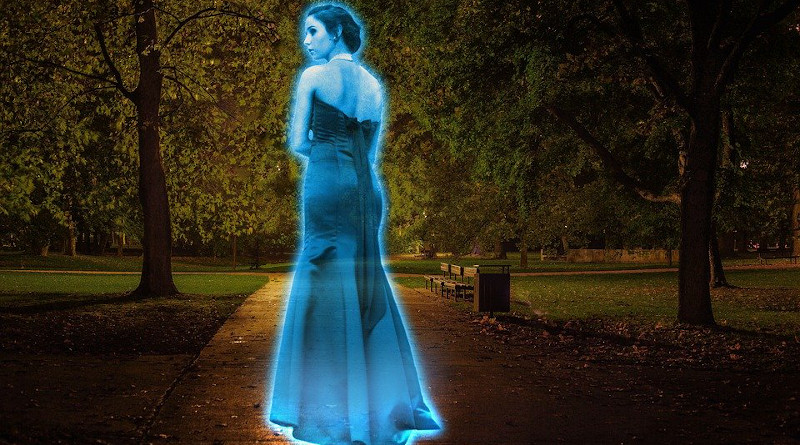 Holographic movies, like the one R2D2 projected of Princess Leia in the Star Wars: A New Hope, have long been the province of science fiction, but for most of us, the extent of our experience with holograms may be the dime-sized stamps on our passports and credit cards. By using ‘metasurface’ materials that can manipulate light in ways that natural materials cannot, researchers reckon they have finally seen the light at the end of the tunnel for creating true holographic movies.

The findings, by a team at the Tokyo University of Agriculture and Technology (TUAT), are published in Optics Express.

Static holograms are all around us these days on our money, credit cards, and passports.

These “surface-relief holograms”, stamped onto plastic in a similar way to how vinyl records are embossed, can be useful as a security device or to make wrapping paper twinkle, but they are known for their low image quality, still imagery, and limited viewing angle. In the third decade of the 21st Century, we don’t yet have true holographic movies, such as R2D2’s projection of Princess Leia in Star Wars: A New Hope, despite their ubiquity in popular culture.

Even the ‘holograms’ of pop stars that are increasingly common spectacles at concerts aren’t true holograms, but an updated version of a very old theatrical trick deceiving the eye with mirrors and light–an illusion that is easily revealed as such if the viewer moves just slightly to the side of the set-up.

But researchers at Tokyo University of Agriculture and Technology have demonstrated a genuine holographic movie, whose concept is inspired by the sequential playback of the very first cinematographic projectors of the 19th Century.

The proof of concept depends on what is called a ‘metasurface’, a thin film material just nanometers thick whose microstructure is artificially crafted in a way to deliver characteristics, such as clever manipulation of light, that are not found in naturally occurring materials. Metasurfaces involve very tiny repeating patterns at scales smaller than the wavelength of light. It is their shape and particular arrangement, rather than, as with conventional materials, their chemical composition, that allows metasurfaces to alter the path of light.

The researchers “printed” an array of 48 rectangular frames of a metasurface made primarily of gold and which diffracts laser light shone at it in such a way as to produce a true holographic three-dimensional image appearing mid-air (just like Princess Leia), viewable from most angles in the room.

Each of the metasurface frames is slightly different–as with a reel of celluloid film–using 48 images of the Earth rotating. The holographic movie was played back by sequentially reconstructing each frame at a rate of 30 frames per second–the frame rate used in most live TV.

“We’re using a helium-neon laser as the light source, which produces a reddish holographic image,” said Kentaro Iwami, one of the engineers who developed the system, “so the aim is to develop this to produce full colour eventually. And we want it to be viewable from any angle: a ‘whole hemisphere’ 3D projection.”

It also took an electron-beam lithography printer six and a half hours to draw the 48 frames–an extremely short film run on a loop. A six-minute holographic movie would take just over 800 hours to draw, the researchers reckon.