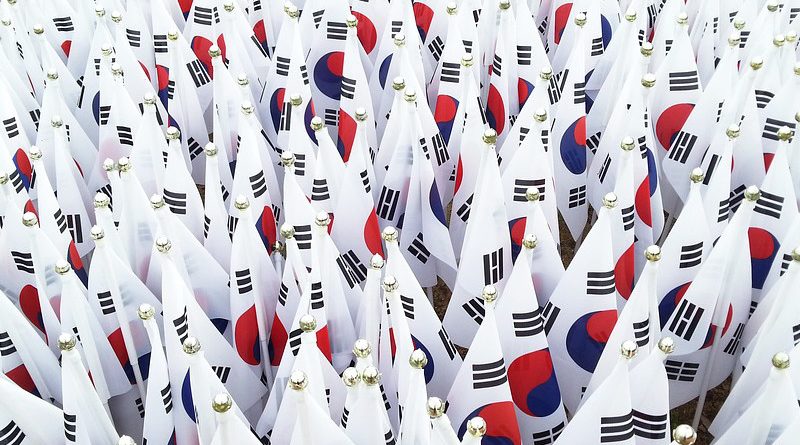 In August 2021, Second Vice Foreign Minister Choi Jong-moon announced that South Korea intends to broaden the objectives of its young but thriving space program. The main drivers behind the program were economic development and the country’s unique national security situation, which requires satellites to monitor missile launches in the northern part of the peninsula. Seoul is now giving diplomacy and global space governance new importance.

This announcement comes as the United States lifted missile restrictions on South Korea. Seoul also joined the Artemis Accords in the wake of a meeting between South Korean President Moon Jae-in and US President Joe Biden in early 2021. In August, the two countries’ militaries also signed a memorandum of understanding with the aim to institutionalise consultation on space policy. South Korea’s ambitions bear great potential but also face challenges.

The history of South Korea’s space program is short — the Korea Aerospace Research Institute (KARI) was established in 1989 — but impressive considering the constraints it faces. Its budget is considerably smaller than that of Japan, France or Germany, and Washington’s concerns for stability on the Korean peninsula have limited US–South Korean cooperation. Yet South Korea sent an astronaut to the International Space Station in cooperation with Russia, is on the verge of completing its space launch capability (soon to be followed by a lunar orbiter) and plans to strengthen the commercialisation of space assets, particularly satellite imagery.

South Korea’s push for space diplomacy is key to unlocking the potential of its space program. One concern is space debris and its removal, arguably the most crucial issue of global space governance. According to the Kessler syndrome, the amount of debris in space might escalate to highly detrimental levels within decades. This is because every collision — intentional or unintentional — can create hundreds or even thousands of new pieces of debris, which increases the probability of further collisions. The speed of these collisions could be enough to destroy a satellite.

There are ongoing efforts to develop technology for active debris removal (ADR). But due to ADR’s dual-use nature, international negotiations about it are in deadlock. Countries could use the technology to destroy, damage or manipulate the functional satellites of an enemy, effectively fulfilling an anti-satellite function. Only four countries — the United States, Russia, China and since 2019, India — have demonstrated anti-satellite capabilities. The great powers are uncomfortable with the idea that a rival could position an ADR solution in orbit, ready to strike unexpectedly. This is why ADR is also topical in debates about arms control.

South Korea’s middle-power status puts it in a promising position to contribute to global space governance. Seoul should use its economic development to present its space program outside the framework of great power rivalry. Based on such a narrative, South Korea could tackle the issue of space debris through norm entrepreneurship.

Seoul would still have to navigate the tricky waters of its relationship with China. If the Terminal High Altitude Area Defense system deployment — intended to protect against North Korean missiles — can be any measure, then South Korea should brace for Chinese backlash in the event of an ADR deployment. Seoul should task its diplomats to work towards an international environment that allows adequate and transparent ADR. It should also seek cooperation with the European Space Agency, where efforts for ADR are already underway. This is no small task, and it should commence immediately.

What can bolster Seoul’s diplomatic position is the second great potential of its space program, which stems from the opportunities for regional cooperation. Southeast Asia’s growing markets require space infrastructure for their continued development. South Korea could fill this need in a move that would not pressure its potential partners to choose between China and the United States.

To become a partner for regional cooperation, which would put Seoul in a strong position to advance norms in global space governance, the country needs a space launch capability. KARI aims to achieve this capability with the development of a new version of its Korea Space Launch Vehicle (KSLV-II). KSLV-II is scheduled to become operational in late 2021, following a successful test in March. The plan is to commercialise the space launch capability after 2025.

For South Korean conglomerate Hanwha, which participates in the manufacturing process of KSLV-II, this is not fast enough. In August 2021, Hanwha acquired a US$300 million stake in UK-based company OneWeb, which aims to provide internet through a constellation of 648 satellites. While it is unlikely that KSLV-II will play a role in delivering these satellites into orbit, the investment demonstrates the potential and expected growth of the space industry and South Korean companies’ interest to invest in it.

*About the author: Hendrik A Pasligh holds a Master’s degree in International Security from the University of Glasgow and is a Young Leader at the Pacific Forum.