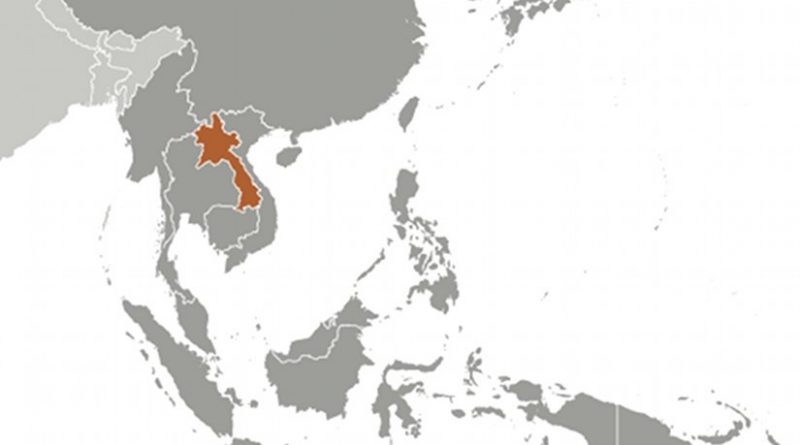 Laos, a small landlocked country in Southeast Asia known as “the most bombed country on earth,” fittingly hosted an international disarmament conference in November 2010.

This was a follow-up to an Oslo conference in 2008 when 94 nations signed the Convention on Cluster Munitions (CCM), an international treaty to ban all cluster weapons following in the footsteps of the global campaign to ban landmines which came into force in 1999.

“This convention is a humanitarian instrument in nature that aims to liberate ourselves from fear and threat of cluster bombs,” Saleumxay Kommasith, director general of the Department of International Organizations at the Lao foreign ministry, told IPS news agency. “We view our role in the cluster ban treaty as a contributor to the global effort to ban cluster munitions.”

During the “secret war” waged by the U.S. Central Intelligence Agency (CIA) from 1964 to 1973 against communist and nationalist forces in Laos, more bombs were dropped on this rural nation of poor farmers than all the explosives dropped on Germany and Japan in the Second World War. Over two million tons of ordnance was dropped over Laos during the 580,000 bombing missions—this equates to approximately a planeload of bombs every eight minutes, 24 hours a day, for nine years.

The “secret war” was no secret to the poor farmers and their families, terrorized by the U.S. air force. It was not a secret war in the minds of a multitude of refugees who fled their farmland to seek refuge in caves, or the tens of thousands who flocked to the safety of the capital Vientiane and its camps for displaced persons.

But this CIA-run war was deliberately kept hidden from the U.S. Congress and media. A succession of U.S. presidents lied to their people and denied any U.S. military involvement in Laos. The nation’s attention was focused on neighboring Vietnam, where there were half a million U.S. soldiers on the ground.

Fred Branfman was shocked to discover, when interviewing refugees from the Plain of Jars in 1969, that his government had been secretly bombing this area of Xieng Khouang province for five years and he, a U.S. citizen living in Laos, knew nothing about it.

Branfman’s book, Voices from the Plain of Jars, is the only account from the perspective of the victims of the aerial bombardment. The poor rice farmers had no idea why some mighty alien force wished to exterminate them. They did not know how innocent civilians had become targets, even less could they understand why their homeland was being pulverized.

On April 22, 1971 Branfman testified before a U.S. Senate committee hearing on the bombing of Laos and told them, “The evidence is clear that the United States is conducting the most protracted bombing of civilian targets in history.”

In the introduction to the 2010 edition of his book, Branfman writes, “The U.S. bombing and its deadly legacy of cluster bombs has tormented and tortured the innocent people of Laos for nearly 50 years now. If there is any justice in this world, the international community will at least now find a way to clean up the unexploded ordnance still destroying the lives of the innocent, and offer assistance to the victims.”

After the Shooting Stops

Landmines and unexploded cluster bombs do not observe peace treaties and ceasefires. Lurking just beneath the ground or concealed by vegetation, they continue to kill people long after the shooting stops and the war is over.

Farmers tilling their land are often maimed or killed when striking “bombies” that settle below ground. Children are frequent victims because they are attracted to the bombies’ bright colors and odd shapes.

At least 250 million cluster sub-munitions were dropped in Laos. Using a minimum failure rate (failure to explode) of 5 percent and a maximum of 30 percent, it is estimated that at least 78 million sub-munitions remain unexploded after impact. Forty years later, 13 out of Laos’ 15 provinces remain contaminated by unexploded bombs and the debris of war.

Cluster munitions account for well over 50 percent of all the explosive remnants of war (ERW) casualties in Laos, according to official estimates. In some areas the cluster munitions threat has actually increased due to a high demand for new agricultural land and growing numbers of people collecting unexploded ordnance (UXO) as scrap metal.

The civilian toll makes for grim reading. Over 50,000 people have been killed or injured as a result of UXO accidents between 1968 and 2008, according to the UXO regulatory body in Laos.

In a world still plagued by cluster bombs, 94 countries came together in Oslo in December 2008 to sign a global ban. At present, 108 countries have joined the CCM, including 57 that have ratified the treaty, which came into force on August 1, 2010.

The United States is not one of them. Its military is the largest manufacturer and user of cluster munitions and has deployed them in Iraq and Afghanistan. Former U.S. Defense Secretary Robert Gates has said that the United States regards cluster munitions as “legitimate weapons with clear military utility.” Richard Kidd, the director of the Office of Weapons Removal and Abatement in the U.S. State Department, has written that “cluster munitions are available for use by every combat aircraft in the U.S. inventory; they are integral to every Army or Marine maneuver element and in some cases constitute up to 50 percent of tactical indirect fire support.’”

Russia, too, has resisted the overwhelming humanitarian arguments that have convinced most governments that cluster bombs must be outlawed. Regrettably, many developing countries, including China, India, Pakistan, and Brazil, have also yet to sign the CCM.

Among Asian countries, only Japan and Laos have ratified the convention. Thailand recently deployed cluster bombs in its border dispute with Cambodia.

The U.S. government has always claimed to be a world leader in the disbursement of humanitarian aid for the developing world.

However, the victims of the “secret war” — both those from 40 years ago and new victims from bombs being accidentally detonated today — have received zero compensation and minimal medical aid for the terrible injuries inflicted by cluster bombs and other weapons.

The U.S. government spent $10 billion bombing Laos back into the Stone Age but allocated only a paltry $5 million in 2010 to cleaning up the vast swathes of valuable farmland still infested with the deadly legacy of the war.

What Washington has done to Laos and to Vietnam could readily qualify as crimes against humanity. Alfred McCoy, Professor of History at the University of Wisconsin-Madison, says towards the end of the Marc Eberle film The Most Secret Place on Earth: “We destroyed a whole civilization, we wiped it off the map. We incinerated, atomized human remains in this air war.”

However, by its refusal to sign up to the International Criminal Court (ICC), the United States exempts itself from any global jurisdiction and proclaims its impunity from prosecution and accountability.

Henry Kissinger, President Nixon’s secretary of state, directly authorized the bombing of Laos and supervised the “secret bombing” of Cambodia during the same period.

Various private prosecutions have accused him of being a war criminal for his involvement in the carpet bombing of Laos, Cambodia, and Vietnam. In addition, human rights groups also hold him responsible for the brutal invasion of East Timor (1975) and the Pinochet coup in Chile (1973).

But inside the United States, Kissinger is anything but a wanted man. He is toasted by high society, and CNN frequently invites him to appear on screen as a respected commentator on world affairs.

Viewed through the prism of the U.S. self-delusion that it sends troops around the world for a benevolent purpose, the blood on Kissinger’s hands is invisible. His intimate connection to cluster bombs and murder by fragmentation has been either erased from memory or never recorded by most U.S. media networks.

The ICC is now knocking at Colonel Gaddafi’s door. And yet the alleged war crimes of Gaddafi pale in comparison with the destruction inflicted on Laos, Cambodia, and Vietnam.

Foreign Policy In Focus contributor Tom Fawthrop is a journalist and filmmaker who has been based in Southeast Asia for 30 years. His latest documentary is Where Have All the Fish Gone?: Killing the Mekong Dam by Dam (Eureka Films).

2 thoughts on “The Curse Of Cluster Bombs – Analysis”