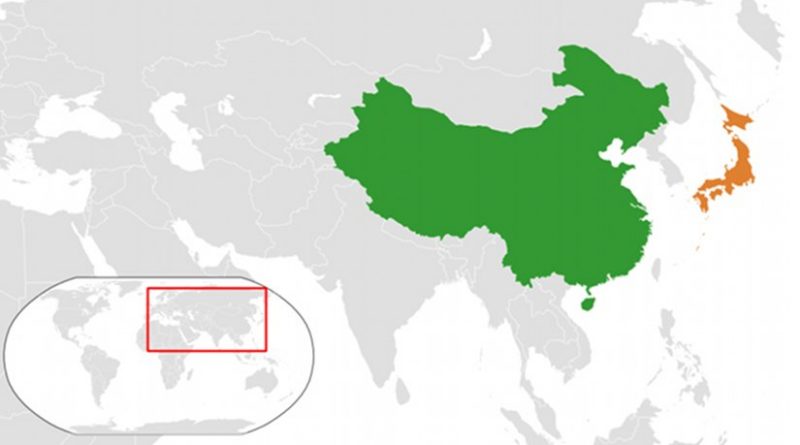 There is a serious question whether the ongoing face off between China and Japan would determine the future of the Asia-Pacific Region (APR)?

Perhaps, the largest number of territorial disputes exists in the APR. Japan has disputes with Russia and South Korea. South Korea also has a problem with China. China’s disputes sweep from Far East to the South China Sea. On top is the Taiwan issue or, rather, as the Chinese say, reintegration of the renegade Taiwan province with the motherland.

The Taiwan issue is under control under the KMT government and a more peaceful approach from Beijing focussing on trade, economic cooperation and tourism among others. Nevertheless, China has about 1300 medium range missiles deployed against Taiwan, and building capacity to blockade Taiwan.

A far sighted China has followed with determination the policy that development and defence modernization go together. Without a strong defence development would not be secure, and nor could it retrieve territories taken away from a weak China. Beijing is, therefore, building Anti-Access/Area Denial (A2/AD) capacity in the region with an eye to potential US intervention.

Tensions between Beijing and Tokyo flared up following Japan’s decision earlier this month to buy three of the Senkaku island chain from their private owners. China read this act as incorporating the islands officially as Japan’s sovereign territory. China also acted to lay its claims on these islands, called the Diaoyu in Chinese, by officially publishing geographical coordinates supporting its claims, and presented the same to the UN Secretary General.

From 2010, China started assertively, sometimes with military backing, claiming what it considers its territory in adverse possession. A Chinese fishing vessel rammed into two Japanese patrol boats in the waters of the Diaoyu islands. These standoff continued through the last two years, with China conveying in more ways than one that these were Chinese territory.

China’s claims over the entire Spratley islands in South China is more of historical fiction. But over the Diaoyu, Beijing appears to have a better claim.

These islands were wrested from China by the Japanese when they defeated the Chinese in the 1895 war. They were taken into possession by the USA after the defeat of Japan in World War II. These were returned to Japan under the 1960 US-Japan Treaty of Mutual Cooperation and Security, which under pinned the 1951 bilateral security treaty. The 1960 treaty obliges the US to come to Japan’s aid in case of an attack, and the Diaoyu/Senkaku islands are covered by this treaty. China disagrees.

Beijing’s militant assertiveness over territorial issues has disturbed the stability of the entire region over the past two to three years at least. One reason was the argument from the Chinese hawks or hardliners that Deng Xiaoping’s theory of keeping a low profile and building strength was no longer relevant. China was now strong enough both militarily and economically to stamp its position in the world. The other was the theory that the US was in decline and China was on the rise. This theory has recently undergone some moderation.

China is not inclined to back down, but also does not want a military skirmish with unknown consequences. The Japanese, however, have been kept under sustained pressure. Prime Minister Yoshiko Noda was warned by Chinese President Hu Jintao on the sidelines of the APEC summit in Vladivostok not to precipitate the issue.

The number of Chinese ocean surveillance vessels and other boats in the Diaoyu waters has gone up to 16. An incorrect media report recently said that around one thousand fishing vessels are either on their way or ready to sail to these waters. However, the possibility cannot be ruled out.

Both countries are caught in the midst of their domestic political problems. Prime Minister Noda is under siege from the hardliners led by Tokyo governor Shintara Ishihara who is promoting his son to oust Noda.

The Chinese leadership is in an even greater quandary. The 18th congress of the Chinese Community Party (CCP) should be held in October. It will usher in the once in ten years top leadership change. The CCP has been rocked by serious political scandals at the very high levels which include the murder of a foreigner, and the death of the son of another senior leader Liang Jihua, in a Ferrai crash. The earlier consensus on factional divide of power at the politburo and its Standing Committee appears to have been disturbed. Under the circumstances no Chinese leader can afford to be soft with the Japanese. It is history – the 1895 defeat, the Mukden incident of 1931, and the Nanjing massacre of innocent Chinese by Japanese soldiers – are memories that enrage the Chinese people.

The CCP inculcated ultra-nationalism and distrust of foreigners among the people from a very young age – in fact from junior school and below. In this strategy, Japan received primary attention.

Certainly the Chinese leadership have benefitted in the past by bringing protests to the streets and attacking the targeted foreign embassy and their assets. After the bombing of the Chinese embassy in Belgrade in 1999 by US aircraft, and the accident of Chinese fighter aircraft with a US spy plane in 2001, people were brought on to the streets to protest and attack US embassies and consulates. But the demonstrations were controlled and pulled off the streets after registering the Chinese position.

This time, while officials brought the protests on the streets, they are finding it difficult to pull the protesters back. These demonstrations which targeted anything Japanese are also beginning to question why a war is not being declared against Japan, as well as on other weaknesses of the state. In current China, internet bloggers have succeeded in breaking government fire walls to express their views about the CCP and the government. These blogs are overwhelmingly negative.

An article in China’s official news agency, the Xinhua (Sept 16) drew attention of the Japanese government to the “mainstream” Chinese public opinion and reconsider their actions. At the same time it advised the protesters that “patriotism” must be expressed through “wisdom” and not breaking of law. China is caught in a bind.

Two other issues need some attention. First, is the US role. The US ambassador in China Gary Locke said the US had no role in this conflict, and hoped the two countries would resolve the issue. Similar was the view of US Defence Secretary Leon Panetta who was in Japan and China on a pre-scheduled visit in mid-September. Panetta was, however, cautious to mention that if an armed clash broke out between China and Japan, it was uncertain if it could contained locally.

A clearer US view came in a deposition by Under Secretary of state for East Asia Kurt M. Campbell to a Senate Sub Committee that the 1960 treaty obliged the US to come to Japan’s aid if attacked. The obligation included the Diaoyu or Senkaku islands.

The other issue is should China be pressured by the international community to take the dispute to an international tribunal under the United Nations. If China decides to use war in the 21st century to retrieve territory it allegedly lost in 1895 war, it will then open a Pandora’s Box.

At the moment China has apparently decided to use economic sanctions against Japan. It has made it clear that China will also lose, but Japan’s loss will be much greater and set it back by at least 20 years. Such a clash between the world’s second largest economy and third largest economy could have wide ranging effect on the economies of the APR and beyond.

India needs to watch this development very closely and prepare adequate responses. China’s claim on Arunachal Pradesh cannot be overlooked. It is a matter of time till China resolves issues in its favour in its immediate neighbourhood. Then it will tackle Arunachal Pradesh. In the meantime, it is beefing its military position in Tibet but not by numerical strength. It is air force, missiles and cyber and electronic warfare.

(The author can be reached at e-mail [email protected])