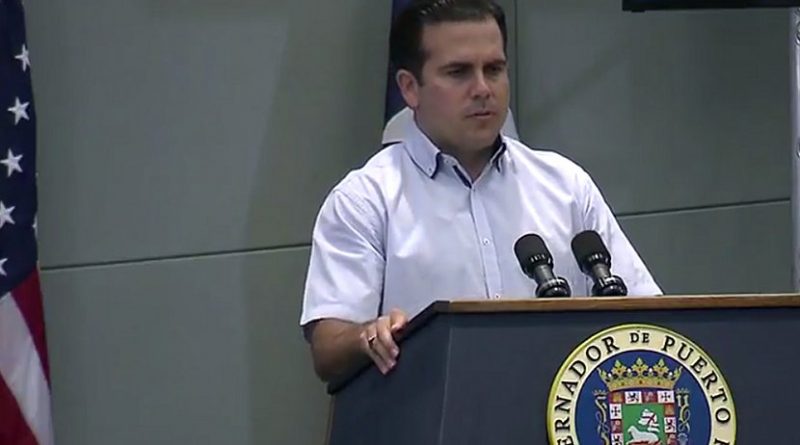 Puerto Rico’s governor said the commonwealth and federal team combating Hurricane Maria’s devastation is working smoothly and every resource he has asked for is either on the island or on the way.

The governor praised the federal response led by the Federal Emergency Management Agency and supported by the Defense Department.

“We had 500 shelters, but now that is consolidated to 150,” Rossello said. “We have 11 regional staging areas throughout Puerto Rico that have been receiving food and water.”

He noted that Puerto Rico’s road system is being cleared and deliveries are being made directly to municipalities now. There are still some communities, he added, where the hurricane’s devastation has made travel difficult.

And, the number of communications antennas in operation has doubled from yesterday, Rossello said. FEMA and DoD are leading this effort.

“We have 100 percent of land-line telephones working now,” Rossello said, “although we still don’t have the robust telecom network — we’re only at 33 percent.”

Airports and seaports are receiving shipments, said Rossello, noting Puerto Rico’s main airport is receiving 35 flights an hour and that traffic is expected to double within a week.

Commonwealth medical experts have teamed with federal officials to examine hospitals and other medical facilities, the governor said. Part of the effort, he said, is to ensure the facilities have the fuel needed to power the generators supplying electricity. Fifty-one of the island’s 69 hospitals are open.

Law enforcement officials and fire fighters from New York have arrived and they will work with Puerto Rican National Guardsmen around the island, Rossello said. Resources are also arriving from Kentucky, Alabama and Florida.

The U.S. Army Corps of Engineers is working with local officials on power generation, water purification and sewage disposal since the storm hit, the governor said.

Much needs to be done on the island as it enters the recovery phase of operations, said John Rabin, the acting FEMA regional administrator.

“Everybody here is in support of our fellow citizens in Puerto Rico,” Rabin said. “Our cooperation and collaboration with the entire federal family — the Department of Defense, Health and Human Services, the Department of Energy — all that is on display on the effort that we are going through every day to provide the support and response and recovery to Puerto Rico.”