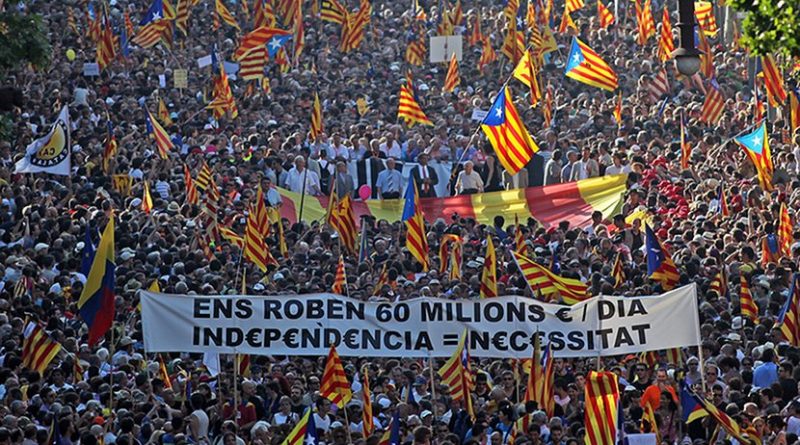 (RFE/RL) — Polling stations in the Spanish region of Catalonia are scheduled to open at 9 a.m. on October 1 for an independence referendum that national authorities in Madrid have called “illegal” and vowed to block.

Spanish officials on September 30 ordered police to seal off schools in the region that have been set up as voting stations and have given separatists until 6 a.m. to leave those they have already occupied.

Many referendum supporters have been holding out at the schools, playing games with their children and bedding down in sleeping bags in an effort to keep the sites open until voting starts.

The proposed referendum has raised tensions in the Catalan region, which includes the city of Barcelona, and throughout the rest of Spain since Catalonian President Carles Puigdemont on September 10 declared “everything ready” for the referendum.

In defiance of central authorities, the regional government secretly created ballots, formed electoral rolls, organized polling stations, and made other moves to prepare for the referendum.

Spanish Foreign Minister Alfonso Dastis on September 30 said the referendum was unconstitutional and that referendums have become “the instrument of choice of dictators” and are counter to the “goals and ideals” of the European Union.

Some 5.3 million people are eligible to vote, but many who oppose independence have said they will not take part in the referendum.

A day before the scheduled vote, pro-unity demonstrators waving Spanish flags marched in several cities, including Barcelona, to voice opposition to the independence vote.

Many, standing in the rain, chanted, “Catalonia is Spain!” and “We are also Catalans!”

Polls indicate a minority of around 40 percent of the region’s total 7.5 million Catalans support independence, although a majority of residents in the region want the referendum to be carried out nevertheless