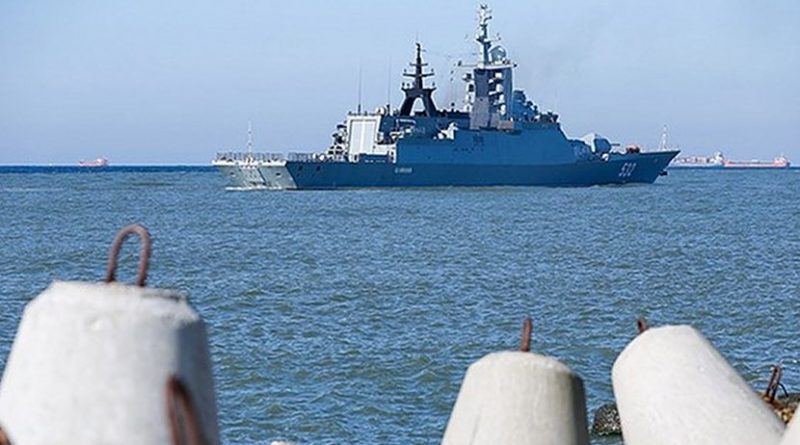 Attempts to use the US Navy to block Russia’s trade would amount to a declaration of war, a high-ranking senator commented on the US internal secretary’s idea of impeding Russia’s energy trade through a blockade.

“A US blockade of Russia would be equal to a declaration of war under international law,” said the head of the Russian Senate’s Information Policy Committee, Aleksey Pushkov, commenting on a report that US Internal Secretary Ryan Zinke suggested the US could use the navy to block Russian energy from hitting Middle East markets.

The very idea that Russia could potentially supply energy to the Middle East, which is literally “oozing with oil,” is absolutely detached from reality, Pushkov said. Indeed, Russia does not supply any energy to the region, which is itself a major oil exporter, and has never announced plans to do so.

The Russian senator added that Zinke’s statement is “on par” with Sarah Palin’s claim that she was qualified to talk about Russia since “they’re our next-door neighbors, and you can actually see Russia here from Alaska.” The former Alaska governor made the statement in an interview when she was the Republican vice-presidential candidate in the 2008 US election.

Attempts to exert pressure on Russia “are not going to end in anything good,” a member of the Russian Senate’s Defense and Security Committee, Franz Klintsevich, told journalists, adding that they would lead “to a major scandal” at the very least, and Washington “should clearly understand it.”

Russian MPs called Zinke’s words “disturbing.” “It is unsettling that our partners once again resort to threats, sanctions and unfriendly actions instead of discussing the pressing international issues,” a member of the State Duma International Affairs Committee, Anton Morozov, said. He also said that Russia “has something to respond with” but that such actions would only lead to an escalation of tensions, and called for dialog instead.

Washington seems to be bothered by Moscow’s international trade. The Trump administration has been seeking to replace Russia as Europe’s gas supplier by boosting exports of its liquefied natural gas, even though Russian gas is a cheaper option for Europe.

US officials, including President Donald Trump himself, have repeatedly pressed Germany to pull out of the “inappropriate” Nord Stream 2 pipeline project, which is set to double Russia’s natural gas transport capacity to 110 billion cubic meters. While Moscow has repeatedly stated that it is a purely economic project, Trump claims it will make Germany a “captive” of Russia.

The US is not focusing on the energy trade alone, as it has also threatened to impose sanctions on countries buying Russian arms in what could be another example of competition between the two nations. These efforts, however, seem to be in vain as well.

Most recently, India cleared the way for the purchase of Russian frigates and air defense systems. Turkey also defied threats from the US and said it does not need anyone’s permission to buy Russia’s S-400 missile systems. Even close US ally Saudi Arabia is now in talks with Russia to purchase the same defense systems. Moscow has repeatedly denounced US attempts to hamper its trade under various pretexts as unfair competition.

One thought on “Moscow Says US Naval Blockade Would Mean ‘War’”