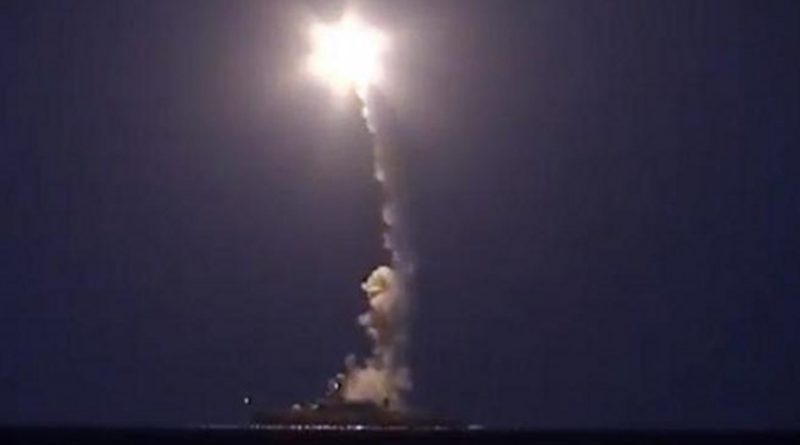 Following empowerment of the proponents of “Eurasianism” in Russia, the geopolitics-based approach has gained increasing importance. The importance attached to geopolitics-based approach in Russia’s foreign policy has led to rising security sensitivity, pragmatism, and expansion of Russia’s relations with countries in the Middle East, Central Asia, and Caucasus. This approach has received increasing attention from leaders in Moscow, especially after revelations about deployment of the United States’ missile defense system in Eastern Europe and close to Russia’s borders and also after escalation of tensions between Russia, on the one hand, and NATO and the United States, on the other.

According to this approach, Russia has formulated its military strategy until 2020 in which it has emphasized expansion of its military activities within framework of this strategy. Of course, this does not mean that Russia seeks to wage war in the region. Despite its heightened criticism of the promotion of Western democracy model in this region, Russia welcomes the possibility of cooperation in European and American economic plans. The war on terror can be considered as a security challenge in the region, which has been used by Washington as an excuse for presence in the Middle East, Central Asia and Caucasus.

These issues along with a common idea among Russian experts and politicians, who believe that Russia must regain the power of its past empire and to do this it must be actively present at international level, have caused Moscow to review its foreign policy goals.

Among major outcomes of this review is Russia’s categorical defense of political independence, interests and national prestige of countries; helping establish a multipolar world system; helping opponents of West’s hegemony and those who oppose resurgence of that hegemonic policy; showing respect for sovereignty of other governments and opposition to any form of intervention in their domestic affairs; as well as promotion of democratic relations at international level.

Therefore, when analyzing Russia’s military operation in Syria, one can claim that Moscow seeks to realize the aforesaid goals in the first place; that is, it is trying to achieve these goals in order to introduce itself as a global power with global interests. In the second step and from a geopolitical viewpoint, the Russian Federation sees itself surrounded by a green belt on the south, which consists of Islamic countries. This belt, which has been drawn around Russia in four layers, is of concern to Russia from the viewpoint of its potential to destabilize the country and deal a blow to its territorial integrity.

Two major threats; that is, secessionism and terrorism, which are intertwined with another factor in the form of religious extremism, are considered sources of crisis for Russia. In view of the globalization process, this issue has gained more importance. As a result, Russians believe that in the era of globalization they are facing global threats, so that, if, for example there is no security in Afghanistan or in Syria, this issue will in turn affect national security of Russia as well.

They are also of the opinion that if they do not fight terrorists in Syria at the present time, they will have to fight them in their backyard, that is, Central Asia, in the near future, and face them within their own borders later on. Therefore, despite numerous risks that military intervention in Syria by Russia entails, this measure is indicative of the fear that Russians feel about protection of their vital interests. From the viewpoint of Russians, preventing spread of extremist ideas in the country, in view of the remarkable Muslim population that lives in Russia, is the most important factor threatening the interests of the Russian federation.

On the other hand, expansion of religious extremism to Central Asia has been among factors that has bolstered the possibility of Russia’s intervention in Syria. In addition to remarkable population of Muslims in Russia, which is swelling on a daily basis, the power void, which was created following the collapse of the Soviet Union and has provided grounds for the spread of nationalistic and ethnic tendencies, must not be underestimated. In this way, suppression of this movement inside Syria will block the way to expansion of extremism outside Syria, which will entail the highest degree of benefit and profit for Russia.

Another issue that completes the above facts is the emphasis that has been put by the Russian government since 1996 – that is, when Yevgeny Primakov was Russia’s prime minister – according to which, Moscow has constantly declared that it does not accept a unipolar world system, noting that international system must be multipolar. From the viewpoint of Russians, realization of a multipolar system will further strengthen Russia’s presence at international level, create power balance at global level, and promote Russia’s status to that of a global power with global interests. Russians are of the opinion that a multipolar structure of international system is heavily dependent on military measures, while at present, only the US, NATO and some Western countries embark on military measures which is a factor that creates a totally unipolar system.

Russia, however, can now enter the scene and become the first global power other than the United States and Europe, which has taken serious military measures outside its territory. In this way, such calculations have made Russian leaders reach the conclusion that the country needs to take action and introduce itself as an international power. Of course, past experience has shown that if military measure is not replaced with political initiative at a specific juncture, it will prove to be nothing but a quagmire.