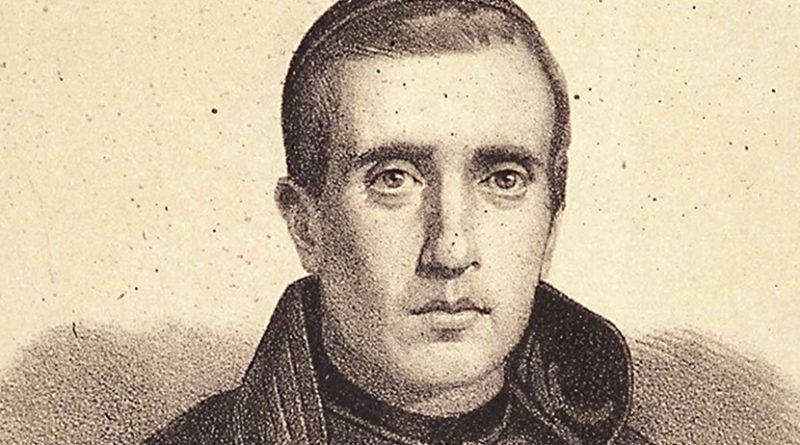 It was with great pleasure that I received the invitation to contribute to this brief commemorative series on a great Catalonian – and therefore Spanish – thinker of the nineteenth century. I have before me the previous entries by Josep Castellà and Alejandro Chafuen (who kindly cites a commentary I wrote for the Juan de Mariana Institute, in which I dealt with Balmes’s pioneering insights into the theory of marginal utility). These previous articles form a perfect summary of some of the subjects Jaime Balmes covered, beginning with the value theory of economics, as well as his critical analysis of socialism, which he experienced firsthand during his trips to Paris in the 1830s.

In this vein, we recall that Balmes’s family owned and operated a small business in Vic (their business was the manufacture of rabbit-skin caps), and thus he was personally acquainted with the nascent textile industry and its use of steam power in the production process. We have an interesting letter he wrote to his brother, in which he describes the technological advances he observed in France. Those trips also gave rise to an essay entitled La Población (“Population”), which demonstrates his clear notion of the demographic revolution then taking place in industrialized Europe. Relying on a work by Ramón de la Sagra, Jaime Balmes cites a number of philosophers and economists who had written on that subject from two different perspectives: “The first, whose defenders include Montesquieu, Necker, Mirabeau, Adam Smith, Everett, [and] Moren de Vindé, holds that states’ strength and wealth are in proportion to population increase, since population is considered in light of its productive potential. The other, defended by Ortés, Ricci, Franklin, J. Stewart, Arthur Young, Towesend [sic], Malthus, J.B. Say, Ricardo, Destutt de Tracy, Droz, Duchatel, Blanqui, Sismondi, de Coux, [and] Godwin, considers population increase a true evil” (Estudios sociales).

A final comment – coming from Ernest Lluch – on Jaime Balmes’s economic views brings us to the interesting debate on liberalism and protectionism, already present in the first half of the nineteenth century. Lluch explained that Catalonian entrepreneurs were fearful of English capacities, preferring Gibraltar remain under British control in exchange for some protectionist laws for their industry. Balmes also entered into this debate with some far-seeing ideas, such as the recognition that England saw a threat, not just a market to expand into, from Catalonia’s textile industry. Other innovative proposals by Balmes included industrial diversification in Catalonia rather than the established specialization in textiles, and also a concern for professional training and formation. Balmes implemented many of these ideas through an organization linked to Fomento del Trabajo Nacional (a Catalonian employers’ organization founded in 1771). As Fomento is still in existence, it would be a valuable effort to conduct further research on this point.

Balmes the political theorist is also of interest; thus I share the description of him as “liberal-conservative” (a regrettably rare characteristic in nineteenth-century Spain). We should keep in mind that Balmes was a controversial figure, involved in nineteenth-century Spain’s civil wars (which we now call Carlist wars). He is usually counted, somewhat prejudicially, among the conservatives opposed to the Isabelline court’s liberalism, perhaps because he founded El pensamiento de la nación (“The Thought of the Nation”), a journal seemingly close to traditional royalism (known as Carlism). Certainly it was his lot to live during a complex time in the history of Spain, with the succession of Ferdinand VII, the aforementioned Carlist wars – he endured the siege and bombardment of Barcelona in 1842 – or controversial “liberal” reforms such as Mendizábal’s confiscation of Church property. However, I think it is most correct to view him in the current of Spanish political Catholicism, as a proponent of dialogue with liberalism and the Church’s accommodation to the needs of the time – making freedom and religion compatible.

Please read carefully the excellent article by my fellow columnist Josep Castellà in order to better understand the complicated world of nineteenth-century Spain. There were traditionalists who supported the old territorial agreements from the time of the Spanish Habsburgs; incipient nationalists, the fruits of Carlism, whose followers saw the Fueros (semi-autonomous areas such as the Basque region) as an excuse for independence; doctrinaire liberals, who defended the idea of a centralized and hyper-interventionist state; and moderate liberals, who were poised to offer a truly modern solution to Spanish politics.

Amidst these disputes – as Castellà also recalls – Balmes embarked on a “special” policy of national reconciliation by suggesting that Queen Isabella II be married to Carlos V’s son, thus uniting two claimants to the throne. In this he had support from conservatives and moderate Carlists, even the Count of Montemolín, and in 1845 an agreement was reached with the Carlists. However, this was cut short in the following year, when Isabella married Francisco de Asís de Borbón.

For years I have been encouraging doctoral students to conduct in-depth studies of Balmes’s Escritos politicos (“Political Writings”) and of his barely known editorial work on El pensamiento, a journal that sought to rebuild Spanish politics based on dialogue among liberals, conservatives, and non-ultramontane (i.e., non-papist) Carlists. I hope this article will convince at least one reader to take on the task.

This article was written by  León M. Gómez Rivas and translated by Joshua Gregor. It was originally published by RedFloridaBlanca and is republished with permission.

About the author:
*León M. Gómez Rivas is a professor in the department of economics and business, and in the faculty of social sciences and of communication, at the European University in Madrid, Spain.