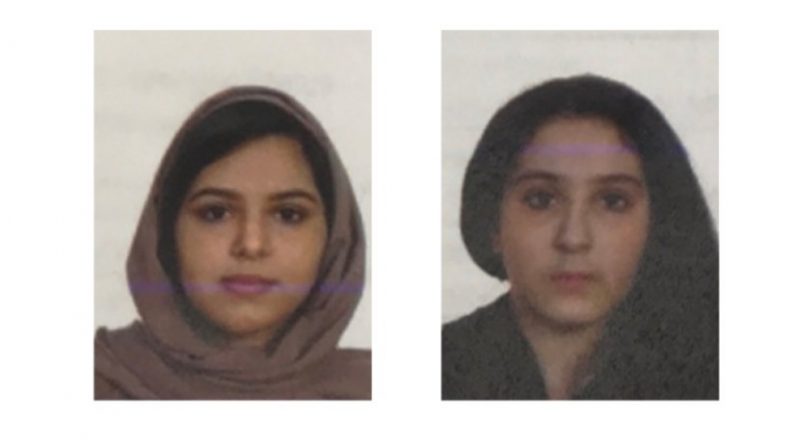 In the latest update on the case of the two Saudi sisters found on the shores of the Hudson River on October 24th last week; the NYPD released two passport photos of Rotana Farea, 22, and Tala Farea, 16 requesting the public for any information on the two Saudis.

NYPD said the reason they released the images was because they were not getting any leads that would help the investigation based on the sketches released earlier last week.

Meanwhile, both the NYPD and an official at the Saudi Embassy in Washington DC refuted an Associated Press (AP) claim the mother of the two sisters had said that she received a call from the Saudi Embassy requesting the family to leave the US because the daughters had requested asylum.

AP had previously reported that “The mother told detectives the day before the bodies were discovered, she received a call from an official at the Saudi Arabian Embassy, ordering the family to leave the US because her daughters had applied for political asylum, New York police said Tuesday.”

However, when Arab News contacted the NYPD DCPI to confirm AP’s story, the officer handling the case denied releasing any information regarding an alleged asylum claim.

Furthermore, a Saudi official at the kingdom’s embassy in Washington DC categorically denied to Arab News that the embassy had made any calls to the mother with regards to her alleged daughters’ political asylum claim.

‘Any/All communication with the mother had nothing to do with a supposed asylum claim,’ the official added.

Arab News tried reaching the mother of Tala and Rotana for comment but couldn’t reach her, and understands that she is in no condition to talk to the media. However, a cousin of the two slain sisters told Arab News that it is ‘ highly unlikely that their mother would have made such a statement to the police’.

Meanwhile, the office of Chief Medical Examiner has not yet determined cause of death. The investigation continues.