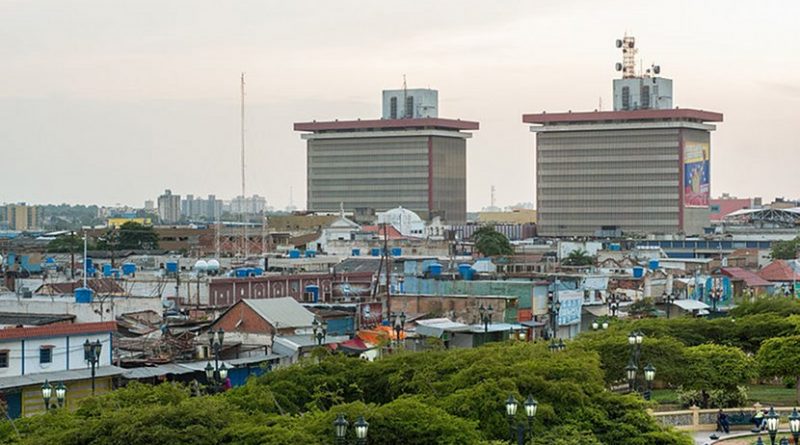 Venezuelan government sources, Rosneft and the Kremlin all deny the potential for a takeover of PDVSA energy assets to satisfy Russian bank loan requirements to the Madero regime. Russian energy experts have visited PDVSA to analyze the possibility of merging with Rosneft. The Russian energy giant buying out Venezuela’s best source of hard currency and domestic economic driver illustrate the “hard-hitting impact of U.S. sanctions.” The Venezuela regime-based economy predicated on oil and natural gas production is on the verge of collapsing.

Rosneft’s offer is the best way outside of western help for Venezuela to mitigate damaging sanctions, and “debt relief for a country that owes over $156 billion to external parties – and Venezuela’s debt is 740% higher than the value of its exports.” This is four times more than what is typical in emerging markets and economies according to The World Bank.

U.S. Special Envoy for Venezuela Elliot Abrams has pointed to Rosneft having joint projects with PDVSA where it took leading minority stakes, and how these ventures do not “breach” U.S. sanctions. This is positive news for average Venezuelan citizens suffering under economic malaise. Caracas’ debt to Moscow seemingly is being forgiven under the auspices of U.S. blessing. However, the Trump administration has been clear in its maximum pressure “sanctions policy towards Venezuela” that mirrors the sanctions-strategy towards Tehran. Retaliation from the U.S. could be the future of Washington-Moscow-Caracas tri-lateral relations if Rosneft tries to liquidate PDVSA assets, and release thousands of employees to skirt U.S.-led western sanctions.

The Maduro regime will also need to navigate the “$20-$60 billion in debt owed” to China. Will the Chinese have a stake in PDVSA? If so, how does that play into the current U.S.-China trade negotiations? What these geopolitical decisions points towards is a Rosneft-PDVSA merge bringing up more questions than answers.

It makes sense for Russia to be the power broker in Venezuela. This is similar to how Russia is the safe diplomatic choice in the Middle, post-Syrian civil war. According to Foreign Affairs, Russia is now “the Indispensible Nation in the Middle East.” Military troops and hardware were used to save the Assad regime, and now in Venezuela it will be oil, natural gas and petrochemicals that gives Russia a solid foothold in the western hemisphere. PDVSA is one of the “world’s most prolific oil companies” with the largest extractable oil and gas reserves in the world – estimated at 300 billion barrels and PDVSA’s estimated worth is “approximately $186 billion.”

Putting this energy portfolio under Kremlin influence gives Rosneft and other energy firms aligned with Moscow solid footing to control price and supply for global oil and petrochemical markets. The Maduro government wants to stay with previous joint venture contracts between PDVSA and Rosneft, and if the merger takes place, wants to “hand control over to Rosneft without having to go through privatization.” Financial questions arise from this arrangement; who is responsible for terms of debt, how is China able to value the deal, and would equity be defined as a public, private or some form of public-private entity? These are some of the larger issues that would need to be resolved.

Maduro can possibly work around these issues when he took over Venezuela’s Supreme Tribunal of Justice. This allows Maduro to ignore the democratically elected Legislature, the opposition-controlled National Assembly, and its leader, Juan Guaido. Mr. Guaido claims he is the legitimate leader of Venezuela, but likely Rosneft with Moscow’s backing will only negotiate with the Maduro government. The Supreme Tribunal of Justice can overrule the Assembly to assist the merger towards completion. Debt repayment is important to the Maduro regime, and return to financial health.

Citgo, a U.S. based company that is a valued asset for PDVSA is another area of concern for the proposed merger in tandem with U.S. sanctions.

American officials have implemented a freeze on all Venezuelan assets based in the U.S. Washington implemented an executive order coinciding with sanctions protecting “bondholders and other parties” mulling asset sales and seizures for unpaid debts. The international desire among government and financial officials is this move by the Americans facilitate diplomatic solutions over asset seizure. The downside is it strengthens Maduro over the elected Venezuelan legislature and Assembly leader Guaido.

Debt holders who own Citgo then have to negotiate with Venezuela and Rosneft. This will be tough for bondholders to receive repayment, or will it, as this could mean tougher going for international credit markets to lend money for future Rosneft/PDVSA projects. A Moscow-Caracas alliance is something Washington could believe will increase geopolitical tension between all three countries. Debt relief for Caracas, and control over the world’s largest oil reserves are likely to be the final push for Rosneft to acquire PDVSA over escalating tensions between Moscow and Washington with Caracas stuck in the middle.