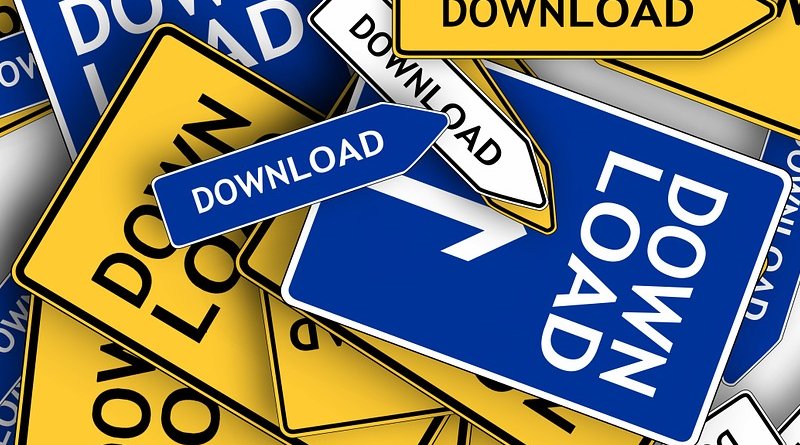 Long considered lenient on copyright issues, Switzerland is putting its legal house in order and bringing protections of intellectual property into the digital age. The government believes these changes ought to prompt the country’s removal from a United States copyright protection watchlist.

Fighting online piracy is at the core of the revision of the federal copyright law approved by parliament in September. But rather than penalise consumers of pirated content, the law targets hosting providers. Here is a quick breakdown of what consumers online can expect once the law goes into force (likely in spring 2020, barring a referendum).

What does the new Swiss law say?

It does not, however, penalise consumers who illegally download films or music for private use on “peer-to-peer” sharing sites.

Sabrina Konrad of the Swiss Federal Institute of Intellectual Property (IPI) told swissinfo.ch that criminalising consumers does not make much sense, “since consumers are generally not in a position to determine the lawfulness of offers”.

Instead, the legal amendment targets hosting providers – web services that give users storage space on their servers to host data – operating out of Switzerland, and specifically those whose business model is based on piracy. Such providers can be legally compelled to ensure that content infringing copyright previously found on their servers does not find its way back on to their site (the “stay down” principle). All providers are already responsible for ensuring that content which infringes copyright is removed from their servers (the “take down” principle).

Internet service providers, however, will not have to block access to illegal (piracy) websites, a measure that copyright-holder groups had hoped would be included in the final revision.

What does it mean for consumers of pirated content?

As before the revision, consumers can download or stream content, such as films and music, made available online without the copyright-holder’s consent. They won’t face a penalty so long as the content is for private use.

But downloading computer games and software remains a crime. Uploading copyrighted content, such as via BitTorrent, also remains illegal, according to Konrad.

What will happen to providers who infringe copyright?

Hosting providers who previously had content that infringes copyright on their servers can be served with a court order to prevent the same content from being re-uploaded. Failure to comply can lead to a fine of up to CHF1,000 ($1,007) for each day of non-compliance.

“A hosting provider with a business model based on piracy is de facto financially forced to give up operating from Switzerland,” said Konrad, a legal expert on copyright issues.

Can copyright infringers be tracked down?

According to the Swiss government, the revised law puts an end to the controversy caused by a 2010 Supreme Court decision, which found tracking down the IP addresses of users sharing files online to be a violation of the right to privacy. The revision now allows the exploitation of private data in order to take legal action against a copyright infringer, Konrad explained.

Will Switzerland now be struck off the US watchlist?

When it put the Alpine nation on its copyright protection (Special 301) watchlist back in 2016, the United States said the country had become a popular host for websites offering content that violated authors’ rights. Steps that Switzerland was working on to strengthen online copyright protection were welcomed, the US said in its report for 2019. But it also encouraged the country to “use consumer awareness campaigns, public education, and voluntary stakeholder initiatives to deter Swiss Internet users from consuming and further distributing pirated content.”

Konrad said the government has been taking such measures for years, educating the public through the non-profit Stop Piracy association, for example. The Swiss Federal Institute of Intellectual Property is also involved in answering questions about copyright infringement from the public.

In a statement reacting to the 2019 Special 301 report(PDF), the Swiss government said it believed the draft revision to the copyright law “constitutes a further step up in the fight against online piracy and should put an end to criticism directed against Switzerland as a host country for infringing sites”. Given these pending legal changes, the government added that “further inclusion on the Watch List unjustified and inappropriate.”

“We are thus confident that the [US] will drop Switzerland from the Special 301 watchlist once the amendments are in force,” Konrad said.