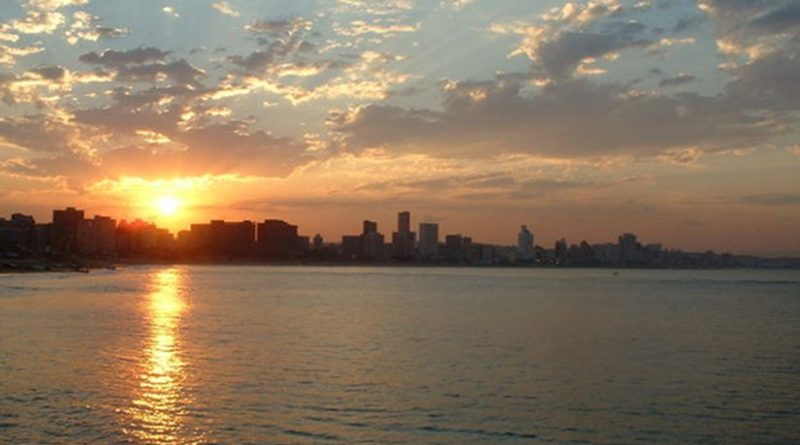 From my vantage point here in South Africa, I could hardly miss the major build-up to the COP-17 United Nations world environment and climate conference, which is being held November 28 to December 9 in Durban, where I went to school and university.

For weeks international news broadcasts spoke of “the road to Durban,” and people of all ranks made daily comments concerning issues to be addressed at COP-17. Conference organisers announced that bottled water would be limited, or even prohibited, because making, shipping and disposing of plastic bottles was not environmentally sound – and in any event Durban tap water is so good that anyone can safely drink water out of any tap, whether in a hotel room, restaurant or back yard garden hose. I agree with both points; Durban municipal water is excellent everywhere.

Other images also drifted through my mind, such as those of legendary scientist and philosopher Galileo, who dared to announce that it was not the sun that orbited the earth, but the planets, including the earth, which orbited the sun. The ruling establishment of the day jumped on Galileo, threatening him with dire consequences if he did not toe the politically correct line and recant his claims. He did so to avoid burning at the stake but was placed under house arrest anyway, to ensure that he did not spread his views, and his book was banned.

Many years later, during the French Revolution, baying mobs in Paris streets were ready to chop the heads off anyone perceived not to be part of the New World Order. Even scientist Antoine Lavoisier, the discoverer of oxygen and hydrogen, was one of many unfortunate people who lost their heads to French guillotines.

Today, I fear we are experiencing similar, though less lethal, sentiments on topics of so-called global warming, global climate change, global climate disruption and weather “weirding.” In far too many instances, any person who dares to challenge official dogma is branded a “denier” and treated as an enemy of society. This is not merely sad; it is dangerous to all mankind.

Chanting climate change advocacy groups want non-compliant businesses and industries found guilty of crimes against the planet, so that condemned industrialists can be hunted down and punished. This is destructive of reasoned scientific debate, affordable energy and modern civilization.

The asserted evidence that anthropogenic carbon dioxide is totally to blame for any observed climate changes is at best scientifically very shaky. There are far too many holes in the theory for it to pass the conventional rigour that should be applied to any scientific debate.

The evidence shows serious deviations between CO2 claims, computer models and computer-generated forecasts and scenarios, on the one hand – and actual observations and measurements of temperature and weather, on the other hand. Historical and archaeological evidence (of major climate and weather changes and extremes) likewise do not support claims that allegedly stable climate conditions have suddenly been thrown into disarray by human greenhouse gas emissions.

Atmospheric carbon dioxide concentrations and observed temperature changes over the past century simply do not correlate nearly as well as necessary for proper scientific analysis. Similarly, historical evidence clearly demonstrates that there was a Medieval Warm Period (MWP) of great health, wealth and prosperity, during which temperatures were warmer than today’s, but with no anthropogenic carbon dioxide in the equation.

Archaeology and history also show that successful Viking settlements died out in Greenland after the MWP, as a significant 500-year-long period of global cooling set in. The coldest point of this Little Ice Age was the well-documented Maunder Minimum, when ice fairs were held on London’s frozen Thames River. Contemporary paintings of these frozen festivals still exist today.

Similar long-term periods, such as the Roman Warming, have likewise been documented, as have lengthy periods of droughts and floods in various ancient societies – to say nothing of major ice ages and interglacial periods that affected much of Europe and North and South America. Previous significant climatic changes are hardly rare events. However, for obvious reasons, the global warming advocacy faction does not want to discuss these historical periods.

Moreover, over the past decade, significant new scientific evidence has suggested that observed global warming can probably be explained largely or entirely by changes in solar activity and thus cosmic ray incidence on earth, consequent changes in cloud cover and atmospheric water vapour levels, periodic shifts in oceanic temperatures and currents, and other natural phenomena.

Why, then, do we witness repeated attempts to demonize and bury any hint that solar activity is a principal cause of observed global warming? Why do climate change alarmists seek to suppress evidence that the Earth has not warmed and may even have cooled slightly since 1998? Why do so many Climategate 1.0 and 2.0 emails reflect much more private uncertainty among alarmist climate scientists than they have been willing to admit publicly?

These actions are much too close to the Galileo and French Revolution affairs for comfort.

Even worse, misguided government and corporate policies and actions worldwide – in response to the false science and high pressure tactics – will be highly detrimental to mankind, especially poor families that will be trapped in perpetual poverty, disease, malnutrition and premature death.

We can only hope that future generations will not group the Galileo, French Revolution and climate change eras as similar Dark Ages, when “establishment” zealots and easily inflamed crowds suppressed science and analytical truth.

Let us hope, instead, that at least some world leaders will have the courage to stand up at COP-17 and demand the kind of scientific rigour that brought so much enlightenment and progress over the centuries. Proper due diligence in Durban requires nothing less.
Only then will poverty be eradicated, and health and environmental conditions improve, for billions of people all over our planet.

Dr. Kelvin Kemm holds a PhD in nuclear physics, is currently CEO of Stratek consultants and lives in Pretoria, South Africa. He also serves as a scientific advisor to the Committee For A Constructive Tomorrow (www.CFACT.org)

One thought on “Durban Due Diligence – OpEd”