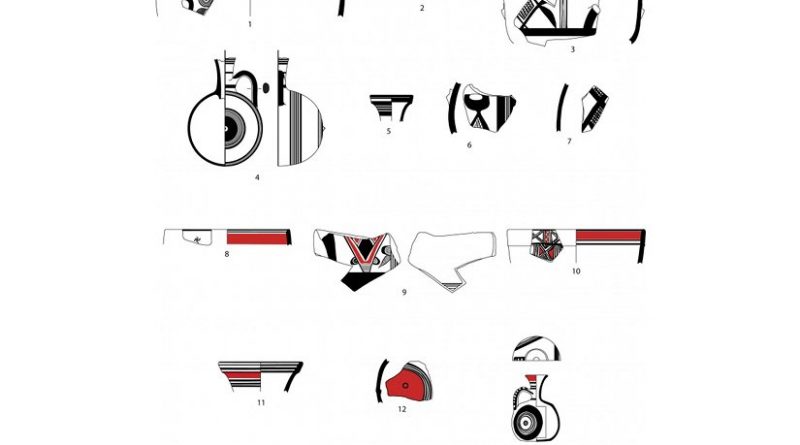 Cypriot-style pottery may have been locally produced as well as imported and traded in Turkey during the Iron Age, according to a study published November 30, 2016 in the open-access journal PLOS ONE by Steven Karacic from Florida State University, USA, and James Osborne of the University of Chicago, USA.

White Painted and Bichrome Wares are Cypriot-style ceramics produced during the Iron Age that may provide clues about trade in the Eastern Mediterranean at that time. Although these ceramics are often assumed to be imports from Cyprus, excavations in southern Turkey have suggested that some pottery was produced locally, challenging previous assumptions about trade in the Eastern Mediterranean.

The authors of the present study analyzed White Painted and Bichrome Wares recovered from three sites in the Hatay region of Turkey: Tell Tayinat, Çatal Höyük, and Tell Judaidah, using techniques which bombarded the pottery with x-rays and neutrons, providing insight into the chemical elements they contained. Imported and local versions of this pottery had different elemental compositions, which helped the authors determine where this pottery was produced.

When compared with existing datasets, the researchers found that Çatal Höyük and Tell Judaidah may only have had access to pottery imported from Cyprus whereas Tell Tayinat may have made Cypriot-style pottery locally as well as importing it.

The authors suggest that feasting practices amongst the affluent in Tell Tayinat may have driven demand for Cypriot-style pottery, resulting in either local potters producing this pottery or Cypriot potters settling in the vicinity. Usually, pottery styles are expected to become increasingly rare the further away they are found from their origin of production, so these findings suggest a complex pattern of exchange in the Eastern Mediterranean during the Iron Age.

“We were surprised to find that locally produced Cypriot-style pottery was consumed at Tell Tayinat but not the other sites included in our study,” said Karacic. “These results indicate complex social and economic interactions between the Amuq and Cyprus that we are only just beginning to understand for the Iron Age.”