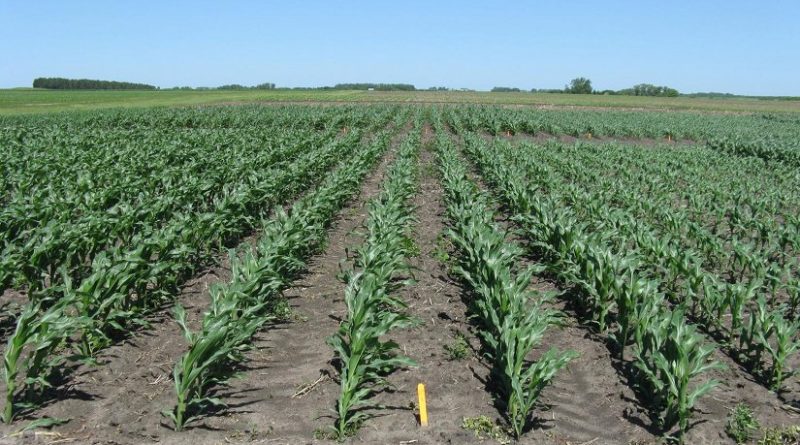 Corn farmers in Minnesota and across the northern Corn Belt often must plant in cold, damp spring soils that can slow early season growth. This can impact yield at harvest time — and farmers’ bottom lines.

One way farmers in these colder regions deal with the problem is to apply starter fertilizer directly to their corn seed at planting. This direct application of starter fertilizer is known as in-furrow application. In-furrow application has its own risks. Direct contact with the chemical fertilizer can damage seedlings. Still, in-furrow is a common way that farmers in areas with cooler spring temperatures attempt to beat the cold soil blues. The assumption is that in-furrow allows farmers to plant their corn earlier than they otherwise could. This means a longer growing season and, they hope, greater yield benefits.

But newly published research is challenging that assumption. The research was led by Daniel Kaiser. Kaiser is an extension nutrient management specialist and assistant professor at University of Minnesota’s department of soil, water and climate.

Kaiser was motivated to study the value of in-furrow application in corn partly because growers are looking to cut costs. A successful growing year for a farmer can mean a market glut, and diminishing profits.

“One of the questions I’ve been getting more frequently with the low commodity prices is where farmers can have some cost savings,” said Kaiser.

For many farmers, in-furrow starter application is a cheaper alternative to other starter fertilizers. That’s because other fertilizers often require investments in more equipment. But Kaiser wanted to know whether the in-furrow practice itself makes economic sense for farmers. Does in-furrow application have an economic benefit for farmers planting corn earlier in cool, wet soils?

Kaiser’s team built on research from Wisconsin indicating the answer might be no. That’s what Kaiser found too–in most situations. In the study, the team applied in-furrow starter fertilizer to corn seed with different relative maturities. A crop’s relative maturity is the number of days needed for the crop to be ready for harvest. They then planted the seed at various times in the spring to simulate early, on-time, and late planting.

In-furrow starter application did lead to more early-season growth of the corn. But Kaiser found that its benefits–no matter the planting date or relative maturity–were less apparent later in the season. In-furrow corn silked a couple of days earlier and had reduced grain moisture, Kaiser said. But, he added, “when I looked at it in terms of economic benefits, what we saw in terms of decreased grain moisture would cover the costs of the starter fertilizer we applied, and that was really about it.”

The only conditions that led to an economic benefit from the in-furrow application were in soils that tested low for phosphorus.

The findings could prove important for many farmers who are considering in-furrow starters.

“The main thing is really to base the decisions on what the overall nutrient needs are of the field and not on other factors like relative maturity and planting date,” Kaiser said. “There are probably a fair amount of fields that there really isn’t going to be a large benefit from in-furrow starter, and that’s one of the things that growers are going to have to play around with and make the decision on whether it’s worth it or not by doing some on-farm research.”

Finally, Kaiser said that farmers who do decide to use in-furrow starter fertilizers should make sure that they complement any broadcast fertilizers that they use.

“What we’ve been seeing more often than not is that there’s not a great economic benefit to using starter on top of broadcast fertilizer if applied at relatively high rates or in high soil testing situations,” Kaiser said.