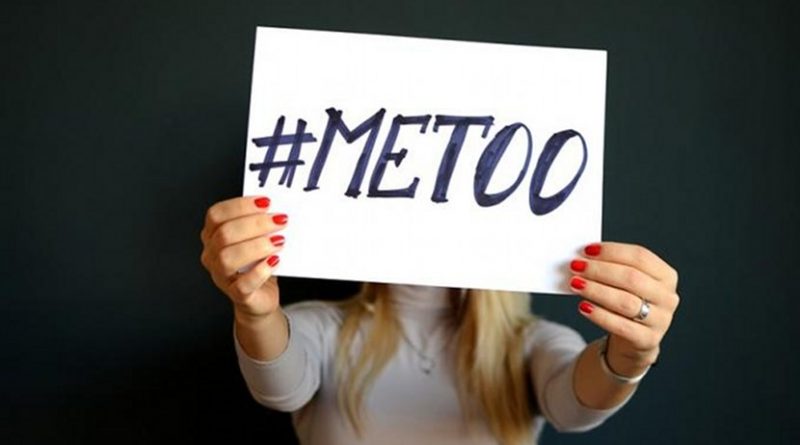 #MeToo shed light on violence against women and has contributed to shifting the focus away from shaming the victims, to shift the shame to where it belongs, on the perpetrators. Photo Credit: SIPRI

Estimates show that more than one in three women worldwide have experienced physical and/or sexual violence at some point in their lives. In some countries–for example, South Sudan–this figure is as high as 70 per cent. The #MeToo social media campaign brought some needed attention to the scale of the problem. Globally, two in three victims of intimate partner or family-related homicides are women.

Violence against women is an epidemic that cuts across socio-economic background, race, ethnicity, sexual orientation, religion, age and educational level. Violence against women occurs in workplaces, public spaces and at home. However, there are reasons to be cautious with these estimated figures: violence against women (VAW) and gender-based violence (GBV) more broadly remain under-reported and under-documented. Therefore, it is difficult to fully understand the scale. Men are of course also victims of violence. For example, men killed directly in conflict by other men, far exceeds the deaths of women. This raises questions about the role of men, ideas about masculinities and violence. On top of this, trans women and men–who seem to be invisible in these debates–are more susceptible to violence than both.

November 25 is the International Day for the Elimination of Violence against Women. According to the Declaration on the Elimination of Violence against Women, adopted by the UN General Assembly in 1993, the term ‘violence against women’ means any act of gender-based violence that results in or is likely to result in physical, sexual or psychological harm or suffering to women. VAW and GBV are an obstacle to achieving gender equality, development and peace, and are therefore addressed by several international frameworks and commitments like the Convention on the Elimination of All Forms of Discrimination against Women (CEDAW, 1979); the Beijing Platform for Action (1995); UNSCR 1325 on Women, Peace and Security (2000); and its follow up resolutions, and Sustainable Development Goal 5 (2015).

These frameworks and commitments were adopted as a result of decades of global activism among women’s groups highlighting how violence against women disrupts international peace and security. For example, Davies et al (2013) contend that widespread sexual violence causes ‘social fracturing’ that exacerbates conflict and stifles transitions to peace. These views gave rise to UN activities such as the ‘Stop Rape Now’ campaign and UN bodies, such as the UN Department of Peacekeeping Operations (UNDPKO), incorporating commitments of UNSCR 1325 into their policy development processes, as well as providing further impetus for supporting the Women Peace and Security (WPS) Agenda. However, examples like Bosnia Hercegovina show that violence against women often continues after peace agreements are signed and is a security issue even in times defined as peace by the international community.

Re-arranging deck chairs on the Titanic?

Critics of the WPS Agenda argue that without addressing the root cause of GBV, substantive change is unlikely to come. The underlying causes of GBV, are hegemonic masculine norms, linked to the way that violent masculinities are intertwined with social power structures. This has not been adequately addressed in international policy frameworks and are not properly reflected in the WPS Agenda. Ultimately, the WPS Agenda in its current form denies accountability of women as enablers and perpetrators of GBV. Women are commonly precluded from de-mobilisation and re-integration initiatives, and are un-incentivised by the stereotyped opportunities provided for them in post-conflict initiatives.

Hegemonic masculine norms, reinforced by states and societies, legitimize and institutionalise the subordination of women and the LBGTI community to cis, heterosexual men. This is of particular concern given that ‘hypermasculine’ attitudes, where young men seek to assert dominance and social control, are being applauded by certain world leaders, who aspire to masculine notions of entitlement and power that they consider to be rightfully theirs. As an example of the rollback in gender equality and reassertion of hegemonic masculine norms, this year Russia decriminalized a first offense of family violence in cases when the victim’s injuries do not require hospital treatment.  International organizations like Amnesty, Human Rights Watch and women’s groups warned that the new law would weaken protections against domestic violence and thereby putting women at risk.

We have seen initiatives like the MenEngage Alliance, which work with men and boys for gender equality and He for She, a campaign by UN Women that promotes male advocacy of gender equality as a human rights issue. Despite these efforts, compared to women, men are still rarely addressed as a gender or a group in resolutions within the UN system. Men are simply the norm. The Report of the High-level Independent Panel on United Nations Peace Operations  (HIPPO), from June 2015, demonstrates the challenges implementing the WPS Agenda by suggesting that, instead of being recognized as a security issue for both men and women, the WPS Agenda is a ‘women’s issue’ that can only be addressed by women. Rather than integrating a gender perspective across and within UN entities, gender is too often assigned to staff in gender units within organizations.

Is #MeToo just a phase?

The recent #MeToo campaign, was initiated by activist Tarana Burke over a decade ago but the campaign exploded last month after allegations against the film producer Harvey Weinstein, having a widespread impact. The authors of this blog, hailing from Guatemala, South Korea, Sweden and the United Kingdom, are witnessing the marches, events, prosecutions, public debates and calls to action in their home countries that were inspired by the campaign. #MeToo shed light on violence against women and has contributed to shifting the focus away from shaming the victims, to shift the shame to where it belongs, on the perpetrators

Part of what makes #MeToo so powerful is that it leverages social media platforms to visualize the ubiquity of sexual harassment and violence against (mainly) women. This has been rather successful in forcing social media users to realize that GBV is a structural problem in their own societies, and illuminating how unequal gendered power relations contribute to a culture of silence. In response to #MeToo, there has been a strong reaction against this culture of silence. Women and men are now calling for action. The question is still to be seen: what will the long-term impact be?

#MeToo – With over a million uses in 2 days, here’s how the hashtag spread across the world (Track the hashtag 👉 https://t.co/n2LjeLbJ46) pic.twitter.com/5w4xVTh5nW

We commemorate the International Day for the Elimination of Violence Against Women on 25 November by calling on analysts and policymakers across the fields of development and peace to:

*About the authors:
José Francisco Alvarado Cóbar is an Intern in the SIPRI Peace and Development Programme.

Emma Bjertén-Günther is a Researcher within the SIPRI Peace and Development Programme.

Yeonju Jung is a Research Assistant with the SIPRI Peace and Development Programme.

Dr Amiera Sawas is a Researcher in the Climate Change and Risk Project.

Source:
This article was published by SIPRI

Home » From Hollywood To Battlefield: Violence Against Women Affects Us All – OpEd