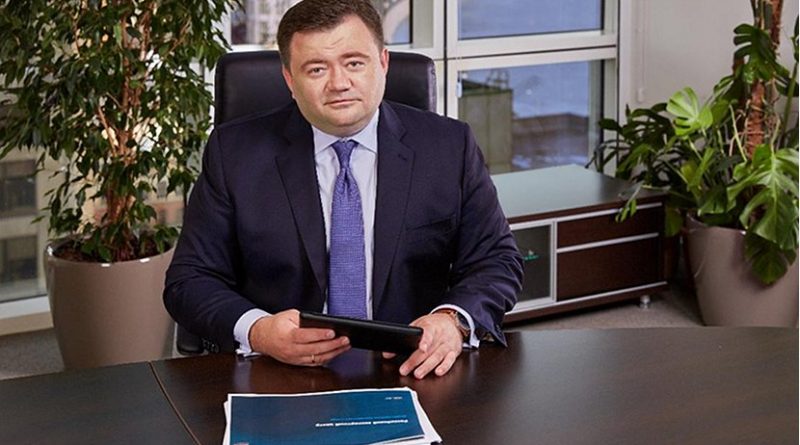 The Russian Export Center (REC) is created as a state specialized institute to support Russian export to foreign markets. It has a group of companies that provides comprehensive financial and non-financial support to Russian export-oriented companies and industries in the single window format. One of the key tasks is to interact with relevant ministries and departments in the sphere of improving and developing foreign trade of the Russian Federation to Europe, Latin America, Asia and Africa.

In this interview, Peter Fradkov, General Director of the Russian Export Center (REC), discusses some aspects of Russian trade operations, strategies and challenges as well as future plans in the direction of Africa during a recent meeting with Kester Kenn Klomegah, an independent researcher and a policy consultant on African affairs in the Russian Federation and Eurasian Union.

Here are the interview excerpts:

Q: Could you please tell us about the Russian Export Center and why it was established as a subsidiary of Vnesheconombank in 2015?

A: In recent years, Russia has been making every effort to avoid the “raw-materials” export model and focus on developing export-oriented industries. The launch of the Russian Export Center was a key step towards the development of a full-fledged national export support system. Previously, the exporter had to apply to various authorities on different issues. In the course of time it became clear that it was necessary to create a “one-stop-shop” for exporters to receive a full range of services and support their products in foreign markets.

The reason behind creating a Russian Export Center within Vnesheconombank, based on the mandate of Vnesheconombank as a development institution, was the need to unite the Center, the EXIAR insurance agency and Roseximbank in one group in order to offer our customers a full range of financial and non-financial services, to provide Russian exporters with ample tools for entering foreign markets.

Q: With a focus on South Africa, is there any possibility for it to be used as a gateway to reach the market of southern African region? Do you also plan to develop or localize production centers and cooperate or compete with other foreign producers there?

A: Let me address the last question first. It is unlikely that upon entering the South African market, Russian companies will pursue any competition objectives. On the other hand, they are not afraid of competition, as Russian industrial products, primarily machinery, are quite competitive and can occupy positions not only in the market of South Africa, but also in other African countries. Russian manufacturers have a number of specific competitive advantages. Let’s take, for example, agricultural machinery. The main advantage of Russian products as compared to the counterparts by major foreign manufacturers is a lower price and almost the same level of capacity, quality and useful life. Moreover, the cost of operation, including maintenance, repairs, etc. is often lower than that of the foreign competitors worldwide. Considering the fact that Africa has 60% of the world’s resources of untreated but agriculturally suitable land, we recognize remarkable opportunities for supplies of agricultural machinery, fertilizers, plant protection products and other solutions to improve the efficiency of agricultural activities in African countries.

Besides, a number of Russian companies operating in South Africa, such as Rosatom, Rostselmash, and Renova are implementing educational programs to train local specialists for the subsequent operation and maintenance of equipment, facilities or plants built with Russian support. This is an important contribution to the social development of the African country.

As for the plan to establish production there, it is a very interesting form of cooperation, which the Russian companies are now considering. And what matters here is that a reliable partner has to be chosen. In this context, cooperation with local and foreign producers in South Africa looks very promising The Russian Export Center takes an active part in the development of state support measures to create a service and repair infrastructure for Russian companies operating abroad, the launch of which is scheduled for the next year. The Republic of South Africa offers good conditions for the creation of joint manufacturing facilities and opportunities for them to enter the markets of the South African Customs Union (SACU) and the Southern African Development Community (SADC) countries in the future.

Q: Do you also think there is a lot of potential in terms of raising trade and economic cooperation between the African continent and Russia? Doing business in Africa is not easy but what kind of approach do you envisage to adopt?

A: Today, African countries are taking an increasingly active part in the global political and economic space. The Soviet Union made a significant contribution to the social and economic development of African countries by building large industrial and infrastructure facilities and helping to establish national education and health care systems. However, in the 1990s the Russian-African relations came virtually to a standstill. At present, Russia’s foreign trade turnover with Africa is about 12 billion US dollars, which is a rather modest achievement. Nevertheless, the African continent remains a rather promising market for Russian industrial goods.

When working with exporters, we are witnessing increasing understanding that Africa is a new global market with a population of more than 1 billion people, with great potential for economic growth and, accordingly, consumption.

On the other hand, I can’t recall of any special difficulties, inherent to the Russian-African business partnership. Perhaps, I should point out a still insufficient awareness of the real economic opportunities, market conditions and specific counterparts in African markets by Russian businesses and, accordingly, poor awareness of capabilities of Russian partners incumbents by Africans.

As I already said, what really matters for Russian companies is to find potential partners and distributors. Many companies do not possess competencies for searching foreign partners. Any successful project which came to exist had very often a spontaneous nature and was forged due to some historical experience, exhibitions or some other events. And we haven’t undertaken any focused effort based on modelling of business processes to find dealers and distributors. Russian Export Center actively engages in tackling this issue in order to reconcile consistently supply and demand with each other.

Q: What are your key focus, products and services? Would you also focus on big companies and who are your potential clients? And what about medium-size enterprises?

A: Customers of the Russian Export Center include representatives of very different industries: machine building, agro-industrial complex, IT, chemicals, pharmaceuticals, and many others. Our customers cooperate with countries in Asia, CIS, Africa, South America and Europe. The important thing is Russian Export Center deals with both major businesses and small and medium-sized exporters. Of course, the goals and opportunities of these companies vary. The medium- and small-sized exporters e.g. submit inquiries relating to non-financial support, search for partners, analysis of foreign markets, educational services in the field of exports. The major players are more interested in financial and insurance support. Russia is a big country, so we pay special attention to working with regions. According to data for 2016, a significant proportion of REC customers (about 70%) accrued exactly to the regional companies. And it comes without surprise since the vast majority of manufacturing companies are located in the regions. We are pleased to witness a higher interest shown by the regional companies in entering African markets, most of these companies represent small and medium businesses.

Q: So, what are the key challenges here with regard to the latest economic developments which are faced by other foreign players on the African continent now?

A: Currently, lots of countries worldwide are intensifying efforts to get a foothold in Africa. Russia has traditionally and historically built very good, trust-based relations with the African continent. At the same, I should notice that trade and economic relations with many countries do not meet the achieved level of political relations. Trade turnover could be much more sizable in terms of both quality and numbers and both sides could experience such growth.

Reinforcement of positions of Russian exporters in Africa requires creation of certain conditions. The main one of them is penetration into the market. We are often faced with discriminatory barriers, which are there not because we are from Russia, but because we have just not thought about how to remove these barriers. For example, in some African countries we deal with the fact that European or American companies have to pay really low customs dues or do not have to pay them at all, while we often have to pay away 20-40 % custom duties, for example, for cars or cement. The government authorities, both intergovernmental commissions and the Russian Export Center, are primarily concerned with removing barriers for Russian exporters and opening up foreign markets for them.

Q: What do you hope to achieve over the long term in the market in Africa? Describe the African market and say your final words to your potential clients who are located in different countries and regions in Africa?

A: Global goal of the Russian Export Center is to create favorable conditions for the growth of Russian exports. Being a key state institution for export support, the Government of Russia has set important tasks before us. This year we are to involve more than 6.5 thousand new companies in export activities and also support export deliveries worth at least $ 20 billion.

The world of today has gone global, and without the integration of world trade into the processes business scaling would be impossible. Our primary task is to gradually change the thinking of Russian entrepreneurs, who are often skceptical about entering foreign markets, including African ones. Secondly, we strive to promote the image of Russia as a producer of diverse and high-quality products. For this purpose, the Russian Export Center has launched a program to promote Russian goods and services under a single country brand “Made in Russia”. And in this context, Africa is a very important partner for us, though not an easy one.

Currently, the REC Group which includes EXIAR and Roseximbank has developed a comprehensive line of financial and non-financial instruments for the support of Russian companies in foreign markets operating or going to enter the African markets. In my opinion, the key products are financing of goods supplies (including, credits to the buyer or the buyer’s bank), insurance of export contracts and international investments, issuance of guarantees. The potential customers in Africa should be aware that the beneficiaries and consumers of these governments support measures are not just our exporters since we additionally arrange financing for supply of products and take other special support measures which are in fact assumed by the Russian state. Thus, the Russian Export Center aims to reach a mutually beneficial, long-term cooperation with our African partners.