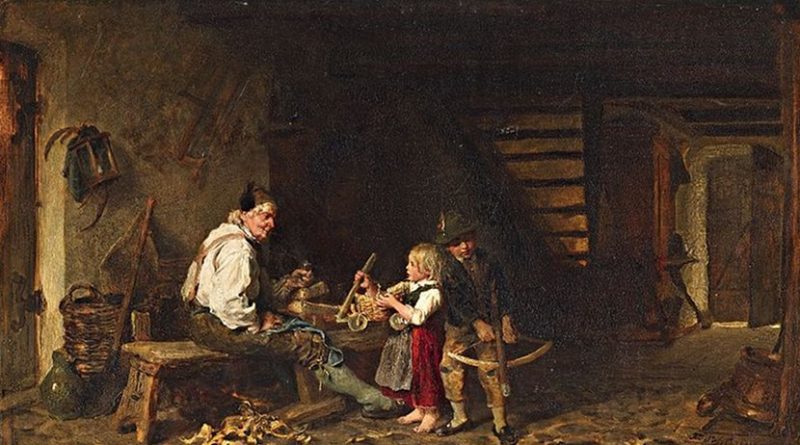 The destruction of vocational training is one of the many tragedies wrought by attempts at school reform over the past century.

In fact, the destruction of vocational training is one of the key reasons why virtually all other forms of education in America, Britain, Sweden, and the transatlantic sphere are today in such a dismal state.

I will use my native Sweden as an example of what happened to vocational training.

As in America, most Swedes could both read and write centuries before most forms of education became a government concern. Sweden began implementing government schools for the general population from 1842 onwards.

Children started school at age seven, and schooling was compulsory for six years. The schools employed traditional teaching methods, and by the time students were 12 or 13 years old, they knew more, in total than those who today finish high school (albeit in different subjects).

On average they knew how to read and write, in addition to algebra, history, and civics – all arguably better than their modern, 19-year-old counterparts.

I say “arguably,” because those who imposed a new school system upon Sweden made no comparisons, after initial work in the 1950s had demonstrated that the new school system had created negative results. (For more in this, see Sixten Marklund’s Skolan förr och nu – 50 år av utveckling and Hadenius, Karin. 1990. Jämlikhet och frihet: Politiska mål för den svenska grundskolan, Acta Universitatis Upsaliensis.)

I have gathered much of the available evidence of the harm these policies inflicted in my book, Education Unchained. As an example of the educational level of workers who had six years of formal schooling (or less), look at their reaction to August Palm, one of the pioneering Social Democrats in Sweden in 1885:

Palm was born to be a popular agitator with his lively, not to say hot temper and engaging, drastic way of speaking, that captivated, sometimes fascinated his listeners. To reach a larger audience, Palm first tried his hand as a newspaperman in Malmö, but because of difficulties there, he established himself in earnest in Stockholm, where he founded the Social Democrat in September 1885.

Here, however, he had entered into an area that he did not master. The workers, who already then were trained and critical newspaper readers, were put off by the many grammatical mistakes, stylistic faults and coarse language in Palm’s articles. (Erik O. Löfgren. Oscar II, Sveriges historia genom tiderna IV. 1948. Stockholm: Saxon & Lindströms förlag, p. 396. Emphasis added.)

In contrast, lecturers at Uppsala University wrote that, in 2013, “Among the students who come to us right from high school, a majority has problems with the language.” Elsewhere, half of those who begin high school do not master the mathematics they were supposed to learn between the ages of 10 and 12. These are the results of students who focused on theoretical subjects. Those who pursue vocational studies did far worse on these tests.

In the old system in Sweden, after year 6, some like my father began to work, but a larger fraction went on to vocational training. Many attended municipal schools, which were of an exceptional standard because they had copied practices from the free market; that is, they taught actual job skills. Others went to large companies that provided vocational training, mixed with work and other educational subjects, on their premises.

These vocational schools took another four years, so people matriculated at 16 or 17 as highly skilled workers and craftsmen. However, with the “school reform” of 1962 and 1968, all this changed.

How vocational training was destroyed

In those years, the government decided that all children in Sweden should go to “junior high” and study only theoretical subjects. This immediately created chaos in schools during the seventh to ninth year of education. Traditional teaching methods were abandoned at this time, and allowing students to choose their own classes according to ability and interests became strictly prohibited.

Since no vocational training option existed during school year 7 through year 9, two-year curricula were added at high schools, which became virtually compulsory in order to get a job. Later, these programs were extended to three years, further delaying students’ entry into the job market.

During the 1970s, the chaos that had been created in the years 7 to 9 gradually spread downward through the grades. Since the classes consisted of students of mixed abilities and interests, the pace of study for all students and the quality of the content taught declined. Those who found studying easy learned much less than they had previously. Those who did not want to be there at all commonly learned nothing and instead disrupted others’ studies. Ironically, this system was implemented, according to our politicians, so that all children received the same “high-quality education.”

The end result is that this category of young people, who previously began working or went into vocational training, today often exit with a lower quality education, despite spending six extra years in school. If they then apply themselves, and manage to shake the counterproductive habits they acquired at school, they may become as proficient at their jobs at the age of 25 as a previous generation used to be at age 17.

Again, there is nothing more ennobling about being an academic than working in a trade. But because of the destructive policies of “experts” and politicians, it has become exceedingly difficult to become a good tradesman.

There are no “higher” and “lower” vocations in life. The academic may enjoy a higher social status in some circles. But that person has not achieved a more praiseworthy function than the plumber or the carpenter. In any modern economy, there are tens of thousands of different jobs to be done. All are necessary, and if done right, all praiseworthy.

We all have varying skills in different areas and amazingly varied interests in life. Exactly how interest in a specific topic, practice, and other factors develop expertise is debated. (Compare this study with Anders, Krampe, and Tesch-Römer, “The Role of Deliberate Practice in the Acquisition of Expert Performance,” Psychological Review 100 no. 3 (1993): 363–406.) But this illustrates the importance of allowing all students to pursue their wondrously diverse passions.

Finding our niche in life, our vocation, is never easy, and some achieve this more perfectly than others. But our work creates mutually beneficial relationships with others. We continuously adjust to their desires, they to ours, and gradually we all more-or-less find our ways.

But instead of the freedom to pursue their own happiness, society imposes on young people an ideal of at least attending a high school, ideally followed by a four-year college degree, that offers almost nothing except abstract and theoretical education. For at least six years of their lives, much of the population is forced down a path that is not of their choosing, and not in harmony with their interests, passions and gifts – to the detriment of everyone else in society.

About the author:
Erik Lidström is the author of the 2015 book Education Unchained: What it takes to restore schools and learning,” recommended by Choice magazine. Erik holds an M.Sc. and a Ph.D. in physics from Uppsala University as well as an MBA from the Open University. After research at the ESRF in Grenoble, he moved to the software industry in 2000. He has worked in Britain, France, Sweden, and Morocco, lately with an interest primarily in complex development processes and organizational issues.