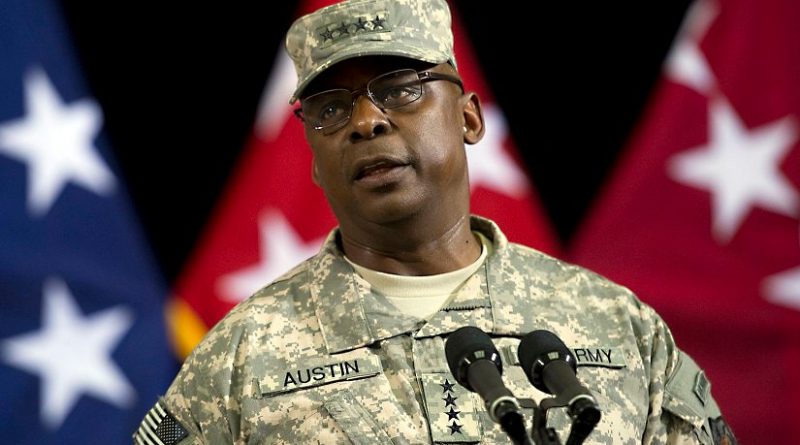 An exhaustive Defense Department Inspector General investigation into allegations that U.S. Central Command officials falsified or distorted intelligence found nothing to support such allegations, according to a DoD IG report issued Wednesday.

Still, the investigators did find ways to improve the command’s intelligence directorate, and made several recommendations.

“While the allegations were unsubstantiated, the DoD IG’s report did provide thoughtful and helpful recommendations on ways to make improvements within the command and we are taking those and others’ recommendations to heart and acting on them,” said Army Gen. Joseph L. Votel, Centcom’s commander.

The investigation covered the period between May 2014 and September 2015, when now-retired Army Gen. Lloyd J. Austin III was in command. The allegations centered on charges that intelligence leaders at Centcom were falsifying or skewing intelligence to make the campaign against the Islamic State of Iraq and the Levant look more successful than it was.

No Evidence of False Reporting

“In sum … we did not substantiate the most serious allegation, which was that intelligence was falsified,” the report says. “Only a few witnesses described intelligence assessments as false, and they did not provide specific examples that supported the allegation. Specifically, they did not point out, and we did not find, specific intelligence products that contained false — untrue — facts or analysis.”

The investigators also did not find attempts to skew the intelligence to present a rosier picture, according to the report. “It is important to note that we did find … some basis for the analysts’ perception of distortion, and we understand how they arrived at this perception,” the report states.

The chairman of the Joint Chiefs of Staff said he will let the record of the investigation stand on its own, and indicated that Centcom leaders will examine and implement the recommendations as warranted. “I want to take the opportunity to thank the men and women of the Centcom for their extraordinary commitment, hard work and competence,” Marine Corps Gen. Joe Dunford said in a statement. “They have led the fight against [ISIL] and it is due to their efforts that we have the momentum in the fight and the opportunity to move even more aggressively in the months ahead. I particularly want to thank our intelligence professionals at Centcom for their contributions.”

The chairman said he has complete confidence in the leadership of the crucial command. “General Lloyd Austin is one of the finest leaders I have ever served with,” Dunford said. “He is a man of integrity and rock-solid character. On his watch, we began to turn the tide against [ISIL]. General Joe Votel has picked up where General Austin left off and has taken the campaign to the next level.”

The report lists ineffective communication and guidance, lack of adequate feedback, ambiguity and uncertainty about certain policies and the ambiguous status of Defense Intelligence Agency analysts assigned to Centcom as among the problems the command can fix.

“Overall, the report confirmed what I have witnessed firsthand since joining the Central Command team,” Votel said. “Like my predecessor Centcom commanders, I enjoy tremendous support from our intelligence professionals. Their efforts greatly enhance our effectiveness and are critical to our success. Centcom is a world-class organization, and our greatest asset is our people. We will continue to support and empower them while always striving to further improve our systems and processes for the betterment of the command and our ability to protect our national interests.”