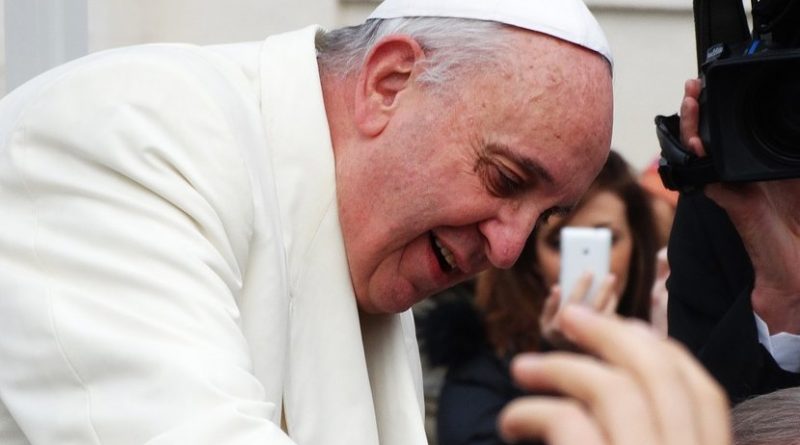 The first ever papal visit to the Arab Gulf marks a “historical breakthrough” according to the European Union’s religious freedom envoy. Pope Francis will travel to the United Arab Emirates to attend the Global Conference of Human Fraternity, which begins February 3.

Jan Figel, the EU special envoy for the promotion of religious freedom, spoke to CNA and said that Pope Francis’ upcoming trip will “deepen the ongoing dialogue and sense of responsibility to the representatives and people of the second major religion.”

According to the Emirates News Agency, the conference “will also highlight efforts to reinforce the overarching concept of citizenship and ethnic extremism.”

Figel said that the conference, which brings together different religious and societal leaders, had great potential.

“When trusted leaders show their example and commitment for human brotherhood, this is the great contribution to peaceful coexistence in diversity,” he said.

Figel has held the post of EU envoy for religious freedom since it was created in May, 2016, shortly after the conferral of the Charlemagne Prize on Pope Francis.

He told CNA that “acting in the spirit of brotherhood, as requested from all of us by the 70 year-old Universal Declaration of Human Rights, should be visible especially among those who claim one God – Creator and Father of all.”

Figel highlighted developments in the wider Muslim world to advance peace and religious tolerance, recounting a similar conference in the UAE in December 2016, the World Conference on Peace in Muslim Societies.

“That conference was oriented on understanding of civil state based on equal citizenship, pluralism and fair treatment of religious minorities in the spirit of the Marrakesh Declaration adopted by Islamic leaders and scholars”.

The Marrakech declaration was a Jan. 2015 statement signed by more than 250 Muslim religious leaders, heads of state, and scholars aimed at “defending the rights of religious minorities in predominantly Muslim countries.”

Figel said that “this process continues. There are countries showing efforts to stop frequent misuse of Islam by terrorist groups for their interests.”

In January of this year, the Islamabad declaration was signed by 500 muslim scholars during a gathering of the Pakistani Ulema Council. That declaration proclaimed 2019 as “a year to annihilate terrorism, extremism and sectarianism from Pakistan,” and condemns murder “under the pretext of religious belief.”

“Victims of the violent extremism are not only vulnerable minorities, but opposing peaceful Muslim communities as well,” Figel noted.

“After terrorist attacks on 9/11 of 2001, after Beslan massacre in Chechnya in 2004 and especially after rise of brutal movement of ISIS/Daesh since 2014 and other militant groups of Islamists there is an ongoing quest by numerous Muslim scholars, religious and political leaders for the elimination of frequent abuse of Islam by various groups in pursuit of their power and interests,” Figel said.

According to the EU envoy, Pope Francis’ attendance at next week’s summit will deepen the ongoing dialogue and sense of responsibility and bring a “message of care and support to Christian communities living in the region.”

In his capacity as religious freedom envoy, Figel has undertaken official missions to 13 countries in the Middle East, Africa and South-East Asia. His office has contributed to to the release of groups of prisoners in Sudan and Pakistan, worked on special programmes for reconciliation and reconstruction in Iraq, and on interfaith cooperation in Lebanon, Jordan, Egypt, Malaysia and other countries.

He said we was encouraged to see the creation of diplomatic roles for advancing religious freedom by several sovereign states in recent years. Since 2016, religious freedom envoys have been created by countries including Hungary, Denmark, Germany, and the United Kingdom.

The United States has had an ambassador-at-large for international religious freedom since 1999.

“Religious freedom represents actually freedom of thought, conscience and religion or belief. It is important for believers and non-believers,” Figel said. “It is a litmus test of all human rights.”