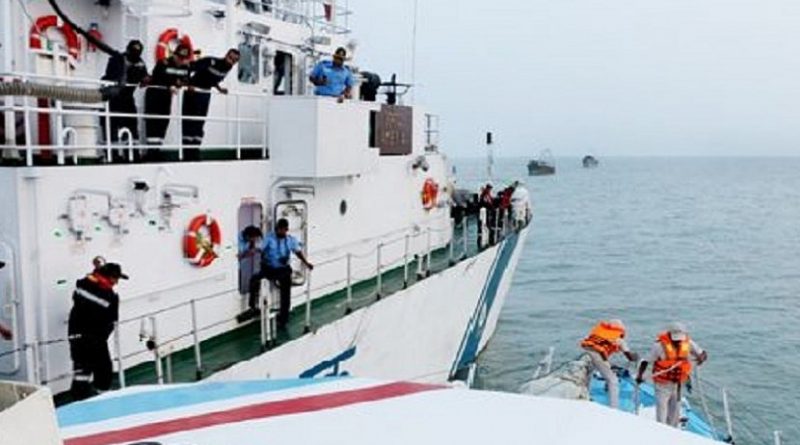 Six more Indian fishing trawlers held by the Sri Lanka Navy for poaching in Sri Lankan territorial waters were released from Sri Lankan custody yesterday. The handing over of these trawlers was done with the assistance of the Sri Lanka Coast Guard.

The trawlers moored at the jetties of SLNS Elara in Kareinagar and the Detachment of Kiranchi belonging to SLNS Buwaneka in Nachchikuda were repaired by a dedicated team of Indian engineers who arrived in Sri Lanka over the past couple of days.

A Sri Lanka Coast Guard vessel escorted the repaired Indian trawlers to the IMBL north of the island and handed them over to the Indian Coast Guard ships; ‘Ayush’, ‘Rani’ and ‘Durgawathi’.