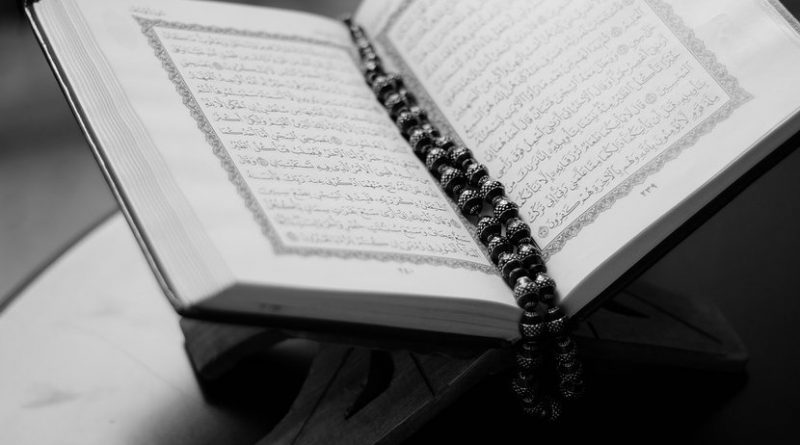 An eminent of scholar of Islam from Algeria Muhammad Arkoun in one of his famous articles boldly asserted that the creative impulse in Islamic scholarship ceased to exist after the death of Ibn-e-Rushd in 12th century. Refining his argument a bit further, French Orientalist Henry Corbin held that the rationalism of Islam couched in a theosophic idiom continued to play an important role in the scholarly endeavors of Iranian philosophers. Adding on to the earlier works, Marshall Hodgson in his comprehensive work The Venture of Islam posited that the intellectual undertakings in Muslim India also had a rationalist bent within a gnostic framework. All of them maintained with equal conviction that the philosophic rationalism as an independent school with its own followers and constituency had already died out on the eve of 13th century.

The colonial inroads in the earlier decades of the 19th century led Muslim scholars to a serious intellectual reassessment of Islamic intellectual tradition. Syed Jamaal-uddin Afghani in Iran, Mufti Muhammad Abduh in Egypt, Rashid  Rida in the Middle East, and Sir Syed in India came to the forefront. As established by Nikki Keddie in her work, Afghani was at best a political agitator committed only to the cause of Pan-Islamism or Islamic political revival devoid of any philosophic vision of his own. Abduh and Rashid Rida, according to Malcolm Kerr, were only regurgitating an obsolete creedal formula of salafi-styled reformation. Hence Sir Syed Ahmad Khan, Francis Robinson informed, was the only rigorous rationalist with a vision to substantively reform Islam from within.

But Sir Syed did not have a formal training in European education. His understanding of the Western intellectual tradition was circumscribed by his inability to learn or understand European languages. In addition, very few European works were rendered into Arabic, Persian and Urdu by then. The reformist project of Sir Syed had its logical culmination in the writings of Muhammad Iqbal. The Reconstruction of Religious Thought in Islam was the first systematic attempt by any Muslim scholar to elucidate the religion of Islam in a rationalist idiom. But Iqbal was equally committed to gnosticism, traditionalism, and illuminative ratiocination. His philosophic vision of rationalism in prose often ran counter to his intuitive musings in poetics; resulting, as Hamilton Gibb maintained, in self-contradictory statements.

Still somehow, Sir Syed and later on Iqbal enabled an environment conducive to the revival of rationalism in Islamic scholarly tradition. This enabling milieu set the stage for a scholar of Dr Fazlur Rehman Malik’s stature to build his intellectual career. Dr Fazlur Rehman Malik was born into a conservative family of Deoband-associated scholar. He himself stated later that his father had a huge role in his formative years of education. After his completion of Masters degree at Punjab University, he went to Oxford for higher education. He revealed in one of his books that an Indian scholar upon his arrival questioned him on choosing Oxford over Al-Azher for Islamic learning, to which he did not have any convincing answer. He secured his Ph.D from Oxford on Avicenna’s philosophy. He visited Pakistan several times during 1960s and 1970s, but later in his life settled down permanently in the United States of America. He was a member of teaching faculty at the University of Chicago.

Dr Fazlur Rehman was skillful at developing innovative lens to comprehend the classic traditional heritage of Islam. In his book Islam, he mapped out the entire intellectual network of classic Islamic thought. He identified Islam as both a “revelatory experience” and a “tradition”. The former was a moment in history that was dictated by the exigencies of historical forces under a divine mandate, and the latter was solely a human product born out of the instrument of agency. He further refined his argument in the Prophecy in Islam that revelatory experience of the Prophet was precipitated by the rigorous application of cognitive faculties. The bosom of the Prophet was not only the recipient of the divine message, but was also the divine fountain it and of itself. As the Iranian philosopher Abdul Kareem Soroush explicated that the institution of Prophethood was a station of human ascent to the divine cognition. Fazlur Rehman’s epistemology was geared towards finding human agency even in the divine mandate of the Prophet. The Prophet had his own vision of action, perception, and conduct in the execution of divine injunctions.

If true, the verses and the chapters of the Quran are also dictated by the historical forces. Hence, the text of the sacred scripture could be historicized. This finding led Fazlur Rehman to devise his double-movement theory of hermeneutics. His theory aimed at using the text of the Quran as a series of divine enunciations that triggered a current of dynamic energy of creativity in the formative period of Islam. In his quest for the rediscovery of this creativity, Fazlur Rehman exceedingly banked on the exercise of reason. He found in classic Mutazilism a school of theology that placed the use of reason over dogmatism. The philosophic school of medieval Mutazilism was committed to set itself free from the trammels of legal conformism, obsolete Greek syllogism, and gnostic illumination, and sought to explore new forms of knowledge.

In line with the medieval mutazilites, Dr Fazlur Rehman also engrossed himself in an undertaking that scouted for innovative models of interpretive epistemologies. In his book Reform and Revival in Islam published posthumously, he criticized Ghazali for his excessive reliance on ratiocination, Ibn-e-Taymiyah for his blind traditionalism and puritanism, Mujaddid Alif Sani for his uncritical appreciation of intuition, and Shah Wali-ullah for his gnostic disclosures. He conceptualized tradition as a dynamic source of energy that should fuel the resurgence of innovative reasoning in Islamic scholasticism. In his effort for a system of knowledge wedded to the philosophic vision of Islam, Dr Fazlur Rehman paved the way for the emergence of a Neo-Mutazilite school rooted firmly in a rationalist epistemology.