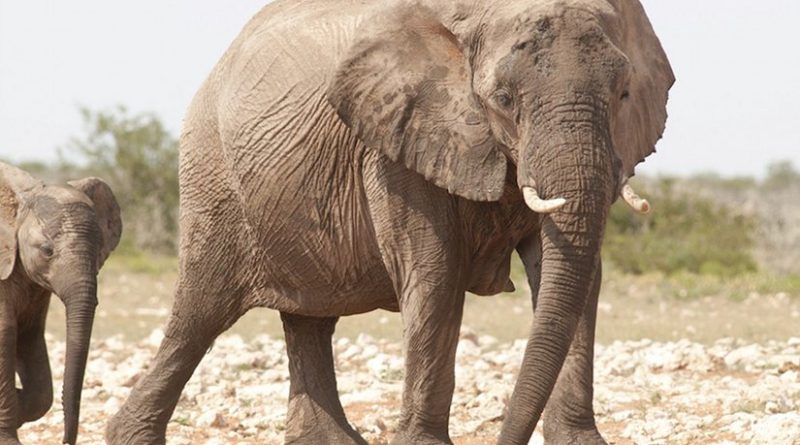 World Wildlife Day, being celebrated on March 3 for the third time – this year under the slogan ‘The Future of Wildlife is in our hands’ – is focusing on the plight of African and Asian elephants, which are being slaughtered in their thousands for their tusks to supply the ivory trade. But other species, such as vultures, are also in serious decline because of human actions.

Organized crime rings are often the masterminds behind the illegal trade in ivory. That elephants might go extinct does not cause them any pangs of conscience. And woe betide anyone who stands in their way; the poachers are often better equipped than the park wardens opposing them.

Unfortunately, it is not just elephants that are being driven to the brink of extinction; vultures too are suffering catastrophic declines. In Africa, poisoning has become a major concern, and three main drivers have been identified, the third of which is closely linked to the recent increase in elephant and rhino poaching and relates the birds’ role as “sentinels” helping the authorities locate the scene of the crime.

First, farmers protecting their livestock (and themselves) from hyenas and lions set bait laced with readily available agricultural pesticides, and vultures, although only rarely the intended victims, are also being poisoned.

Secondly, in traditional African beliefs and muthi (South African traditional medicine), vulture products are in high demand, to help cure headaches, improve success in business, gambling and exams and bestow powers of clairvoyance. Education also has a role to play, but persuading people to abandon traditions will be a challenge in Africa as it has been in Asia. Four South Africans in five use traditional medicines in some form, and the reason is partly economic; conventional pharmaceuticals are just too expensive.

The third cause is a phenomenon previously reported only occasionally, but which now has conservationists increasingly concerned: vultures are being deliberately targeted, because their circling above a kill lets the authorities know where poachers are operating. Over 2,000 vultures were killed in association with eleven ivory poaching incidents in seven African countries between 2012 and 2014.

Incidents where vultures have been targeted because they draw attention to poaching activities and help wardens locate and pursue the criminals are the largest single contributing factor to the increase in the birds’ deaths as a result of poisoning. Since 1970, three fifths of all recorded vulture deaths have been attributed to poisoning; a third of those have been related to poaching, the majority of them since 2012.

With regard to farmers, the poisons themselves are usually legal but the restrictions on their use are being ignored. The products are inexpensive, effective and readily available, and the desire to protect livestock is legitimate. What farmers need to understand is the value of the ecosystem services that vultures provide by consuming rotting flesh and preventing the spread of disease – endangering cattle and people alike – with potentially severe consequences for health and finances.

The evidence that vultures are facing a crisis just as urgent as elephants is overwhelming. On the basis of recent findings, the categorization of many African vulture species was revised upwards on the IUCN Red List to reflect their deteriorating conservation status.

This prompted the countries that have signed the agreement dealing with birds of prey under the Convention on Migratory Species to add more vulture species to its list of those birds to be protected. They also agreed to develop a multi-species international action plan to establish a wide range of coordinated policies to ensure vultures’ survival.

Some might find vultures less appealing than other animals, but conservation policies are not decided like a beauty pageant; decisions are founded on sound science and seek to keep ecosystems in balance. Vultures are too valuable to us to allow them to fall victim to poachers, who are oblivious to the damage they are wreaking to wildlife and their fellow humans. The future of wildlife is indeed in our hands and the fate of vultures is now closely linked to that of elephants– and all are worth saving.

*Dr Bradnee Chambers is the Executive Secretary of the Convention on the Conservation of Migratory Species of Wild Animals under the United Nations Environment Programme.