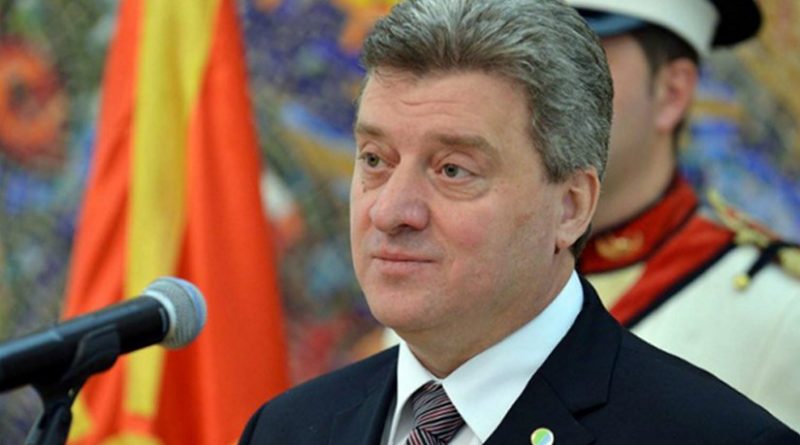 Opposition leader Zoran Zaev says president’s decision to refuse him the mandate to form a new government amounts to an attempted coup.

Zoran Zaev, leader of the opposition Social Democrat party, SDSM, accused the country’s president on Wednesday evening of a coup d’état after refusing to award Zaev the mandate to form a government.

President Gjorge Ivanov denied Zaev the right to form a government earlier on Wednesday, despite the fact the SDSM leader has demonstrated he has the parliamentary majority needed to do so.

Zaev insisted the president should retract his decision to withhold the mandate immediately.

“Ivanov has performed a coup. He has pushed Macedonia into a constitutional and national crisis by denying the will of the majority of citizens and by preventing a legal and legitimate transfer of power,” Zaev said.

“I call on citizens not to succumb to provocations. Let’s stay calm and on the side of democratic processes which lead towards the formation of a new democratic government that will be focused on people’s real needs and on the rule of law.”

Zaev also said that his party is carefully analysing its next steps.

“We need to be wise about our next steps. Perhaps someone expects counter reactions, counter provocations. We won’t allow it.”

Ivanov refused to give the mandate to Zaev claiming the SDSM leader had the potential to “destroy the country” by accepting the demands of the country’s ethnic Albanian parties.

“The constitution and my conscience forbid me from extending a mandate to anyone who destroys the sovereignty and integrity of Macedonia,” Ivanov said, adding that Zaev must first publicly reject a “platform coming from a foreign country”, presumably referring to Albania.

Ivanov insisted that the ethnic Albanian platform, which was the main precondition for ethnic Albanian parties to support any government coalition after the December 11 general election, breached the constitution and the 2001 Ohrid Peace Accord which granted greater rights to the country’s ethnic Albanians.

EU Enlargement Commissioner Johannes Hahn stated on Wednesday evening that the EU “have repeatedly stated that all leaders of the country, including the President, must respect the outcome of the recent elections.”

“In a democracy, one must acknowledge parliamentary majorities, even if one doesn’t like them.

“I therefore expect all political leaders and institutions to let the democratic process run its course – in the interest of the country’s citizens,” Hahn wrote in a statement.
– See more at: http://www.balkaninsight.com/en/article/macedonia-opposition-accuses-president-of-attempted-coup-03-01-2017#sthash.DGbwgQfr.dpuf