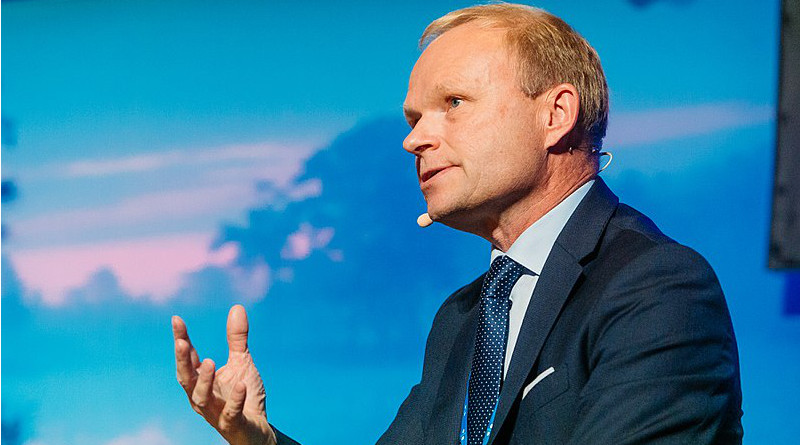 Fortum Corporation’s President and CEO Pekka Lundmark on Monday informed Fortum that he will leave the company to take on a similar position at Nokia.

Lundmark will leave Fortum latest at the end of August 2020.

“I sincerely thank Pekka for the great work he has done to transform Fortum over the past four and a half years. During this time, Fortum has determinedly executed a strategy that drives the change for a cleaner world. Fortum has grown in CO2-free energy and circular economy and is the largest electricity retail company in the Nordics. Further, Fortum is well on its way to become one of Europe’s largest energy companies through its investment in Uniper. At the same time, the group’s financial performance has clearly improved and Fortum achieved its long-term financial targets, delivering consistent value to its shareholders and all stakeholders,” says Matti Lievonen, Chairman of the Board of Directors.

Prior to Fortum, Lundmark served as President and CEO of Konecranes, a global material-handling technology leader, and from 1990-2000 he held multiple executive positions at Nokia, including Vice President of Strategy and Business Development at Nokia Networks. Lundmark holds a Master of Science degree from Helsinki University of Technology.

“With the acquisition of Alcatel-Lucent behind us and the world of 5G in front of us, I am pleased that Pekka has agreed to join Nokia,” said Risto Siilasmaa, Nokia Board Chair. “He has a record of leadership and shareholder value creation at large business-to-business companies; deep experience in telecommunications networks, industrial digitization, and key markets such as the United States and China; and a focus on strategic clarity, operational excellence and strong financial performance.”

“I leave Fortum with a heavy heart as the company and the whole European energy market are at an extremely interesting point. However, the opportunity that I was offered was too attractive to pass. I want to thank Fortum’s Board of Directors for their trust, and my team and all Fortum employees – together we have achieved so much. Fortum is now well positioned to drive forward the European energy transition. I know this work will continue relentlessly also in the future,” says Pekka Lundmark.