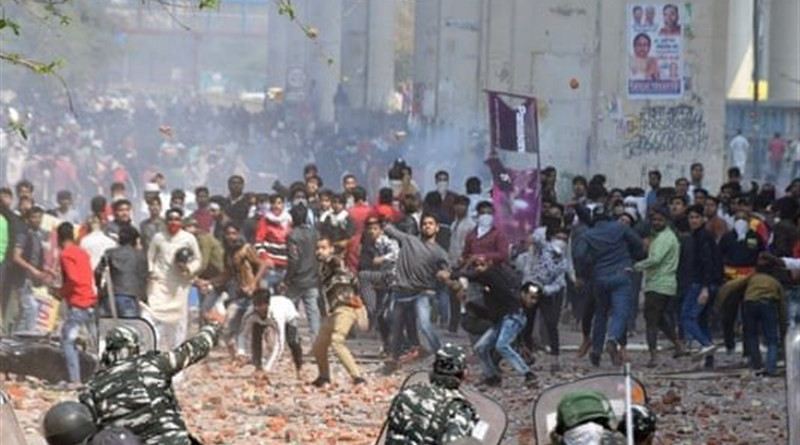 Almost all section of Indian media and most of the critics have blamed the Delhi police for the riots for two days, when many innocent lives were lost and many were injured and large scale  property destruction took place.  However, no one seems to be defending the  approach of the police and police men cannot speak out due to the discipline associated with the job.

However, while police  are blamed severely, the atrocious acts of  arsonists have not been commented upon much, probably under the impression that arsonists and rioters would be only conducting themselves like this. Only the victims were interviewed and the horror stories prominently highlighted, to create sensation.

Almost all people seem to agree that the riots were pre planned very well and many think that it was part of international Islamic terrorist movement. Obviously, the violence have been planned to coincide with Trump’s visit to teach a lesson or two to Trump and Modi,  who are both hated by the Islamic terrorists.

The critics say that intelligence failure in the police is the root cause for the problem and for police blamed for not making  preventive arrests earlier.

However, it should be noted that Islamic terrorists make clever plans with high level of secrecy and believe in surprise attacks and guerrilla tactics.  Even an advanced country like USA could not prevent the September 11 attack on the Twin Towers.  Equally, several European countries including Russia which have strong intelligence agencies could not anticipate several violent attacks by terrorists in public places.

While it may be partly true that there have been intelligence failure by Delhi police, it should be recognized that such inadequate intelligence is not uncommon even in developed countries with sophisticated scientific systems, particularly with regard to intelligence on terrorist acts.

However, one gets an impression that Delhi police could have been generally aware of some disturbance to come and perhaps, this is why police force was in strength in trouble spots during the two days of riots.

In all probability, the police force might have been under instructions to handle the situation carefully and tactfully and as softly as possible , during the two days of President Trump’s visit. Probably , police thought that the riots would not be as severe as it was.

On the other hand, if the police had taken strong action   against the arsonists who are motivated and determined extremists, it would have resulted in shootings. In such case, the same media and critics would have blamed the police in severe terms for brutalities and “mass murder”. The UN Human Rights Council would have “eloquently” commented about the situation and condemned Delhi police.

Apart from sensation seeking Indian media, there is also a section of Western media like BBC,  New York Times and some lobbyists in Western countries who seem to be  all the time looking for negative developments in India, probably to show case that India as restless country with deep communal differences. Such media, while not highlighting the extremely warm and huge reception accorded to President Trump,  only highlighted the violent riots that took place during Trump’s visit.

All said and done, the violence ended when President Trump left India and the objectives of Islamic terrorists to paint Indian Prime Minister in bad light partly succeeded.

My appeal is that  let not doubts be created about the commitment and competence of Delhi police without analysis of the situation.

India is a target place for Islamic terrorists today and they will leave no stone unturned to cause problems for India in variety of ways. The fact is that world is not helping India in fighting against terrorism,  which include the UNO and all of them are watching from galleries.

In such circumstances, the fight against terrorism in India has  to be essentially faced and won only by India, confronting  the terrorists operating from abroad as well as in India.