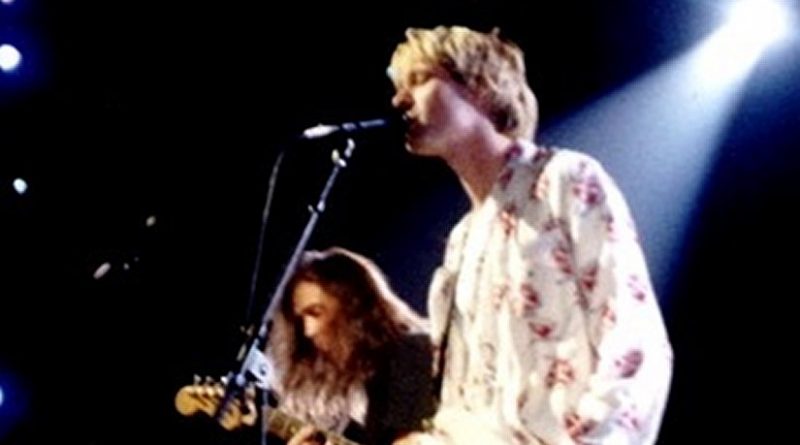 Clint Eastwood’s latest directorial film, “A Star Is Born”, is apparently inspired by the life story of Nirvana’s frontman Kurt Cobain. During a recent press junket for “The Lucky One”, screenwriter Will Fetters opened up that he used the late rock star as his approach to describe the male lead character Norman Maine in the upcoming remake movie, AceShowbiz reported.

“I think I’ve reinvented the Norman Maine character, the lead,” so Fetters said as quoted by Crave Online. “I wanted to do ‘A Star is Born’ because I’m a huge Kurt Cobain fan. That was like my Kennedy assassination when I was a teenager. When he died it was a huge horrible thing.”

The scribe went on explaining, “So I approached ‘A Star is Born’, for me the framework was all right, if Kurt Cobain never got to go Unplugged and survived and it’s 20 years later and it’s now, and he wanted to try to do that album with that understanding as this grunge icon. That’d be tough to get done if he was past his prime, no longer selling, how does he get that album?”

Fetters also discussed the modern day relevance for the film which tells a classic story of celebrity’s fame. He said, “The whole movie for me is this balance of art and commerce, which is when you first start in this business, you are smack in the face of it.

That’s why I say if I wanted to be an artist I’d go off and write a book.”

“There’s nothing wrong with what I do now but you’re walking this line. George Clooney said something at the Oscars. It’s always good to throw George Clooney into a conversation,” Fetters added. “He said something in an Oscar roundtable defending sequels, defending what the big studios do. He kind of used his own parallel, he does these Italian coffee commercials and gets paid millions of dollars that allows him to go do ‘The Ides of March’. So you’re always balancing it.”

While it has been reported that Tom Cruise is courted to tackle the male lead role, the movie is actually still looking for an actor to take the part. “Clint’s talking to people. I call him Clint because we’re like that. He’s meeting with actors,” Fetters explained.

“He exists in a different realm, but he’ll just call these actors. He’ll just get their phone number and call them because he can, because that’s what you can do when you’re Clint Eastwood.”

“So he’s right now trying to find the actor and I’ll write more,” said the scribe. “Whoever it ends up being, if it’s going to be a pretty big name presumably, they’ll have ideas about the character and I’ll have to shape them.”

“A Star Is Born” promises to present an updated version of a romantic relationship between an alcoholic star on his way out and a young female artist on the rise. The project has actually been developed for sometime, but it fell apart before finally coming back together again in early 2011 with Beyonce Knowles being tapped to star as the female lead character.