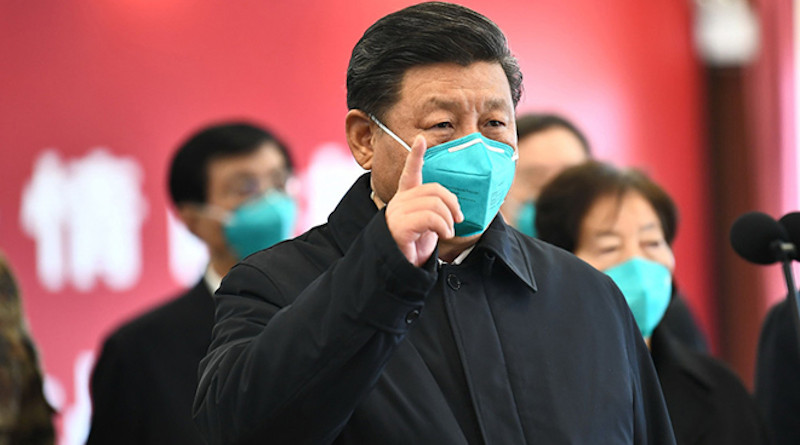 There is considerable worry that China will use the Covid 19 pandemic to claim global leadership.  One prominent analysis suggested that it could even reshape the global order.  Part of this concern has to do with China’s enormous and transparent propaganda effort.  A ProPublica investigation pointed to a determined and sustained Chinese propaganda effort on Twitter, though a lot of it has been ham-fisted, as columnist Abhijit Iyer-Mitra has pointed out.  Another part of the concern is about US’s apparent abdication of its leadership role in the crisis: as Singapore’s Prime Minister Lee Hsien Loong put it diplomatically, if the US does not lead, “other configurations will eventually work out.”  These concerns are overblown: though China’s wealth gives it a measure of power, its authoritarian system is a mighty drag on its ability to promote its narrative and its soft power, especially on the Covid 19 pandemic.

Beijing will face great difficulty in promoting its narrative on the current crisis for a couple of different reasons.  For one, it is based on a blatant lie, that China was somehow not responsible for the disaster that is now encompassing the whole world.  Hypocrisy and lying are expected of states but as the scholar John Mearsheimer points out, states don’t actually lie to each other as much as we think, which makes Beijing behavior stand out.  Hypocrisy is to expected, especially from leading states and states aspiring for such status, but Martha Finnemore is correct when she argues that “unrestrained hypocrisy undermines the legitimacy of power.”  China’s lying has been so blatant that all Chinese government claims are now suspect, including fatality levels in Wuhan.  Moreover, there is a distinction between propaganda that seeks to undermine others from ones that seek self-promotion.  The former is usually easier, especially when it comes to the US, because people may be prone to at least accept the possibility of American wrong-doing  though possibly not to the extent of blaming it for starting the pandemic, as Beijing has tried.  But the latter effort, self-promotion by Beijing, will likely be treated with more than some skepticism, especially because of the instrumental nature of China’s behavior.

Second, creating a soft-power narrative depends on having sufficient hard power to create the narrative.  Soft power is usually seen as an alternative to hard power, but it is probably more accurate to see it as a companion.  In the decades that it has been the most dominant power, the US has built up a global repository of soft power, beginning with US control over the production and shaping of the news media.  The inequality in global media power is not a new phenomenon, and complaints about the “inequality in information flows between global north and south” led to demands for a New International Information and Communication Order (NWICO) back in the 1970s, the heyday of southern solidarity though this went nowhere.  More recently, Russia and China have tried hard to sponsor alternative media sources to influence global opinion while trying to limit he influence of western media at home.  They have been somewhat successful in the latter but failed in the former.

The US news media is ideologically deeply divided, and it is not controlled by the US government.  But far from this being a weakness, these elements actually give it far greater credibility.  China’s wealth has allowed it to build competing news platforms, but they have not been able to effectively challenge American dominance, and they will not be able to do so for a long time.  China is without question the second most powerful state in the world, but it is still only the second most powerful state.  Even the US, despite its enormous economic and military capacity, has great difficulty in creating a favorable narrative for itself and frequently fails.  China’s weakness becomes particularly relevant when they try to challenge US narratives on issues such as the Covid 19 or on the Hong Kong protests, or the South China Sea.  On all of these issues, there is broad agreement on China’s behavior and culpability not only in the US media but elsewhere too, making it very difficult for China to promote its narrative.

Third, China’s authoritarianism is a natural disadvantage in many ways, especially on its efforts to project soft power.  If China’s propaganda effort is ham-fisted, it is partly the consequence of Beijing’s difficulty in understanding how a free media works and how best to shape the narrative.  This is not something that can be reverse-engineered, and China cannot solve this problem simply by throwing money at it, or by changing the head of the propaganda department.  That probably explains China’s miscalculated expectation that it will win brownie points by supplying pandemic aid, without at least accepting responsibility for creating the mess to begin with.

Similarly, China’s the effectiveness of authoritarian model is also questionable.  Though China’s hard quarantine measures, enforced in a manner that only an authoritarian government can, may possibly have halted the spread of the pandemic within China, there are understandable questions about the link between China’s systemic repression of dissenting opinions and voices and China’s failure to recognize the crisis when it began.  If China’s authorities had been more willing to listen to those who sounded the alarm early, such as Dr. Li Wenliang, the crisis could have been handled much better and its spread much more contained.  This is a lesson about the necessity of tolerating dissent and different voices that has application much beyond China, obviously, and the stark consequences here should be a good example of the cost of authoritarianism.

While there certainly can be questions about how other countries have handled this pandemic, China’s culpability and its mendacity is now beyond question.  This has also exposed China’s subterranean efforts to control UN agencies, such as the WHO, and the cost of such control.  Expect greater push back the next time China tries to push its agenda or its candidates in multilateral forums.  Far from controlling the narrative or using this crisis to make a bid for leadership, it is China and its reputation that has been badly damaged.  But even if China recovers, there are fundamental disadvantages associated with its authoritarian system that will make it difficult for China to promote its narrative and its soft power.