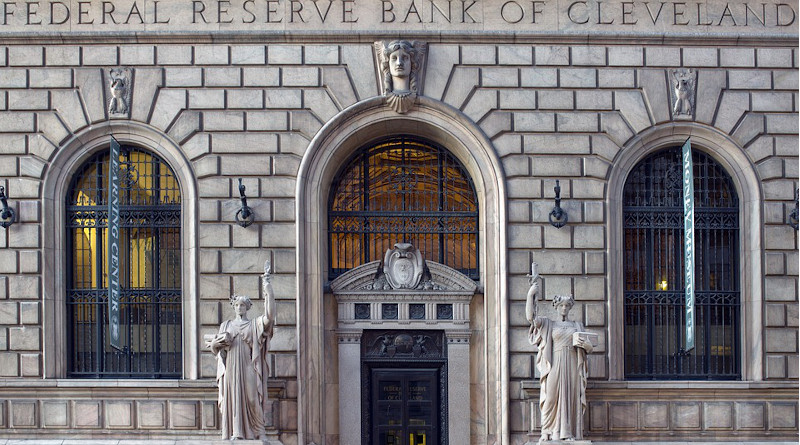 In the wake of the economic crisis triggered by the virus epidemic in March 2020, it seems reasonable to do some sorting out concerning the basic logic of the future, in order to locate the direction, or perhaps redefine future survival and development.

First came the Federal Reserve’s minute statement at a critical moment, with chairman Jerome Powell pledged on March 26 that the central bank will keep using the tools it has to fight the economic slowdown brought on by the coronavirus crisis. He said the recent initiatives the Fed has taken will help provide capital to businesses that need it. “When it comes to this lending, we’re not going to run out of ammunition, that doesn’t happen,” he said. “We still have policy room in other dimensions to support the economy.”

Over the past two weeks, the Fed has taken its benchmark rate to near-zero and initiated a slew of measures aimed at keeping credit flowing. The Fed also has joined the Treasury Department in programs that will provide funding to businesses of all sizes, and has begun buying corporate bonds and other assets where it has not been involved previously in order to free up frozen credit markets. Powell said the Fed is aiming at “places where credit is not being offered where it should be offered.”

In addition to the other steps, the Fed has relaunched its asset-purchasing program, vowing to buy as many bonds as needed to keep markets and the economy functioning properly.

Powell said that the growth had been strong otherwise, and he expects that to continue once the virus is brought under control. “We’re trying to create a bridge from a very strong economy to another place of economic strength,” Powell said. “That’s what our lending does.”

Then, there is the view of Former Federal Reserve Chairwoman Janet Yellen, who believes that globally synchronized deceleration is a foregone conclusion, that is, the global economy is sinking into a recession due to bad performance of trade and financial transactions. This is another reflection of globalization. But how long the recession will last, she cannot be sure. Whether it is a V-shaped recovery or some other form of recovery depends on the quality and execution of policy responses. Besides, the longer the recession lasts, the longer it will take to recover, meaning that the economy will grow less during the recovery.

As Dr. Yellen was answering the questions, the U.S. reported a record 3.3 million people filed claims for unemployment, well above Wall Street’s median forecast of 1.6 million (it was just 240,000 before the outbreak). She agrees with many observers that this time, unlike in 2008, the quality of banks’ balance sheets and capital ratios are quite healthy. She thinks the Fed is likely to further loosen capital controls on banks, and adopt a “lenient” form in banks’ stress tests. That is, acquiesce to the consequences of banks failing to meet capital requirements in order to channel loans to enterprises.

In respect of the Fed’s efforts to prop up the market, and in particular, whether repurchase agreements (repo) could be expanded to include, for example, non-bank financial institutions (so-called shadow banks, such as hedge funds), she said it would be politically difficult and would hit a wall in Congress. Whereas, the role of shadow banking in financing in the United States cannot be ignored. Thus, it is a difficult and highly political choice.

Dr. Yellen believes that although the Fed’s traditional monetary policy has exhausted all its tools (interest-rate policy, even quantitative easing), there are unconventional ones. She cites two, one is the forward guidance of the interest rate curve, that is, the Federal Reserve puts forward its clear expectations on the interest rate curve. For an instance, the Federal Reserve expects the 10-year interest rate to be 1%, the market automatically sets the interest rate at 1% because no individual/institution has more money to against the central bank. The other is inflation targeting, in which the Fed sets out its expectations and tolerance for inflation. Let’s say the Fed sets its inflation targeting at 2%, which means the Fed will keep the inflation at around 2%. As for the inflation target, Yellen thinks the Fed is likely to set it at 2-3%, compared with the previous implicit target of 2%. The upper limit of 3% is meant to send a message that the Fed wants to keep liquidity as loose as possible, despite inflation.

Interestingly, although the Fed’s policy summary is simply to “put money” in various ways, Dr. Yellen did not think the Fed would easily let interest rates go negative, as they have in the Eurozone and Japan, but she did not explain why.

In contrast to traditional moderation, Yellen now believes this is not the time to grapple with fiscal leverage. Compared with the 40% of debt-to-GDP ratio before the financial crisis in 2007, the current 80% is indeed overload, whereas, the interest rates are now far lower than they were in 2007, the fiscal burden of interest payments is virtually unchanged. Besides, Yellen believes that we will coexist with exceptionally low rates for a long time and stressed that it would be a long time before the Fed raises interest rates. At the same time, the Fed’s quantitative easing strategy will continue for a long time.

How to deduce a future logic from the statements of the two Fed bigwigs?

There is a unique background of the United States, that is, the currency issuance mechanism in the United States. The 1913 Federal Reserve Act gave the Federal Reserve the right to issue dollars. The U.S. government does not have the right to issue money, but only the right to issue treasury bonds. As soon as Congress approves, the Treasury can swap bonds for dollars from the Fed and put them on the market, essentially spending the money. U.S. bonds, on the other hand, can be traded on the global market, and the holder can cash out and get his dollars back whenever he wants. In the context of the current crisis, whether it’s US$ 2 trillion, US$ 4 trillion, US$ 6 trillion, including the reduction of interest rates to zero, the clear direction is a long-term zero interest rate or even a negative interest rate.

The negative interest rate policy is essentially the monetary policy based on the financial crisis, so the emergence of negative interest rates in the United States is not surprising. This is the equivalent of taking money from the rich — middle-class Americans don’t have much savings, and there are two kinds of people with savings or cash assets, the rich and the relatively wealthy retirees. Because the money in the bank has a negative interest rate, the more the rich save, the less the rich have. In theory, the purpose and intention of a negative interest rate are to promote investment, but people will find that the return of cash assets is negative, and the price of other assets will fall accordingly, which leads to the era of great asset depreciation. As a result, the rich in the United States have to come up with the money to save the United States. It used to be that Alexandria Ocasio-Cortez and Bernie Sanders were labeled “socialism” in American politics, but now Donald Trump is also using such means. In order to save the market, the Fed is now adopting a “socialist” approach. Now the United States, to some extent, is moving towards to become a “socialist” America.

It should be said that zero interest rate and negative interest rate policies are both dangerous policies. Negative interest rates not only erode the spending power of ordinary people and raise the expectation of inflation, but also cause the misallocation of social funds, leading to the further deterioration of industry and the prevalence of speculation. As the cost of capital is low, there will be more and more people are tempted to borrow money from banks to invest or speculate in various industries, real estate, commodity futures, and financial products. In this way, because of the zero interest rate or the negative interest rate, the American bailout policy will become the intermediary of the financial crisis, and the economic crisis that leads to the depression will develop into the financial crisis.

So the current U.S. bailout policy is actually at the expense of provoking a long-term crisis, and the logic goes that the U.S. financial sector will have bigger problems in the future, not smaller ones.

The zero interest rate and the negative interest rate policy of the Federal Reserve will objectively form the fact that the American rich put up money to save the United States, forming a “socialist” trend. However, such a policy also carries the risk of a prolonged crisis.