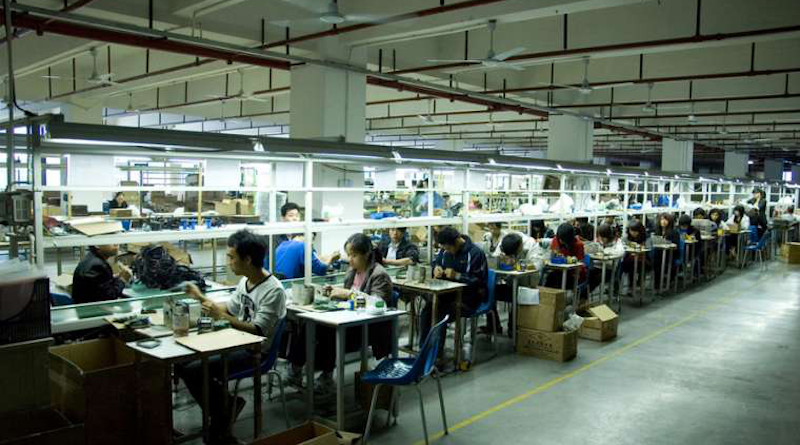 Political threats to break supply chains, to impose punishment or reduce vulnerability, would be a costly miscalculation, reducing innovation and prosperity.

Global supply chains – technically dubbed global value chains – have become weaponized in the economic battles of Covid-19. For the West, the target is China, a favorite scapegoat in a self-serving blame game. Japan has earmarked some ¥243 billion of its record ¥108 trillion rescue package to assist Japanese companies in pulling operations out of China, and Larry Kudlow, Trump administration economic policy chief, has hinted at similar relocation support for US companies.

The goal is threefold: Punish China for the coronavirus, eliminate a source of vulnerability in production lines of critical equipment, and bring back home, via reshoring, offshore platforms that have undermined and hollowed out domestic operations. While angst is certainly understandable as the world grapples with a devastating pandemic, these goals present the world with many risks.

First, punishment is in the eyes of the beholder. While this novel coronavirus did, indeed, originate in China’s Hubei Province, it traveled across borders with lightning speed in a tightly connected globalized world. No major country – China, Japan, Italy or the United States – handled its initial outbreak with a deft display of aggressive and enlightened public health policy. Punishment resonates with those politicians seeking to deflect responsibility away from their own shortcomings in responding to Covid-19. History provides painful examples of how that can backfire. Look no further than the steep reparations imposed on Germany after World War I.

Second, supply-chain vulnerability is indeed an undeniable risk of globalization, though it wasn’t always that way. In the 1980s, inefficient Western economies became enamored of Japan’s “just-in-time” inventory management and production system, or kanban. In response, companies all but eliminated costly stockpiles of parts and finished goods, and a physically proximate network of suppliers produced for demand, not supply. Over the years that followed, breakthroughs in technologies, plunging transportation costs and improved logistics broadened the proximity of supply chains to global networks. Global value chains, or GVCs, were born, with built-in linkages, and at times, vulnerabilities to global suppliers.

Third, in times of stress, the weak link in a supply chain can unmask the tradeoff between efficiency and bottlenecks. Professors Henry Farrell and Abraham Newman developed a network-based theory of globalization – stressing the critical role of supply chains both in eliminating slack, but also in serving as instruments of weaponized pressure. Elimination of slack fits the efficiency imperatives of the early kanban objectives. America’s so-called entity list has been used to weaponize the blacklisting of China’s Huawei; China’s 2019 threat to curb rare earth exports is another example of weaponizing the supply chain. In the current pandemic, bottlenecks entail potential life-threatening shortfalls in foreign-made medical equipment and pharmaceuticals. The problem in all of these cases is that under the guise of efficiency, managers may have taken too much slack, or redundancy, out of the system — leaving them vulnerable to bottlenecks.

Related to this point is the presumption that GVCs are easily malleable, that companies can quickly redirect sourcing from one supplier to alternatives in foreign or home markets. That reasoning is implicit in the Covid-related relocation proposals of Japan and hints of the same in the United States. Yet in their rush to embrace nationalistic, anti-China clamoring for supply-chain liberation, politicians are all but ignoring the complexity of these networks and the considerable amount of time and effort required to construct them.

Recent research underscores this “stickiness” of GVCs. So, too, does the experience of Apple, long noted for its supply-chain prowess. Before he became CEO of Apple, Tim Cook was the company’s chief operations officer, charged with supply-chain management. In that capacity, it took him years to reengineer the iPhone supply chain. Boeing’s unfortunate missteps with its Dreamliner production line indicate how tough it is for even the most sophisticated companies to master the complexities of supply-chain management. In short, adjusting supply chains is far from the flick of a switch that misguided politicians presume.

There is a deeper issue here. The very name, supply chain, biases this debate. Yet there is far more to GVCs than the supply side of the economic equation. Equally, if not more important, are the efficiency dividends that accrue to consumers as well as the job-creation and poverty-reduction benefits that go to relatively poor nations.

Firstly, consumers are the ultimate beneficiaries of free trade, international specialization and GVC-enabled cross-border connectivity. David Ricardo made the first two points more than 200 years ago, and GVCs are, in essence, modern-day catalysts of basic Ricardian forces – providing expeditious delivery of an ever-expanding offering of high quality, low-cost goods and services to global consumers. For consumers whose real incomes have been under chronic pressure, like those in the United States where median real wages have stagnated for some 30 years, the GVC-enabled boost to purchasing power has been essential.

A reversal of that trend would have dire consequences. Take away supply chains, which have played a key role in controlling inflation and expanding household purchasing power in the United States, and this story gets turned inside out. At a minimum, trade would get diverted to higher cost foreign producers. Over time, the “ultimate fix” of reshoring would return output to higher-cost domestic-production platforms. In both cases, consumers would be on the short end of the stick.

Secondly, GVCs have also provided a key spark to global development – boosting job creation and spurring poverty reduction in countless lower-income economies. Nowhere has this been more evident than in the case of China. Following its accession to the World Trade Organization in late 2001, Chinese GDP growth averaged 9 percent for 18 years, while urban employment expanded by 200 million and poverty was reduced by more than 500 million. By no coincidence, China’s economic growth in the aftermath of WTO accession was largely export-led, with GVCs playing a key role in driving that impetus. This trade- and GVC-led surge in economic development supported China’s role as an engine of global growth. From 2008 to 2018, China accounted for 37 percent of the cumulative increase in world output. Reducing that with GVC weaponization could pose significant risks to any post-Covid global recovery.

Finally, the supply chain is a magnet for global cooperation and collaboration. It enables multinational corporations, governments, and multilateral institutions and regulators to come together under the broad umbrella of globalization. That, in turn, not only requires increased cross-border flows of trade, financial capital and information, but also leads to increased flows of talent and the related internationalization of global cities from New York and Hong Kong to London and Sydney.

Globalization is under attack in many quarters today. Increased trade protectionism, mounting inequality, environmental degradation and now a raging pandemic have led many to question the wisdom, to say nothing of the practicality, of attempting to bring the world together. The supply chain, and the modern global production platform that it knits together, contributes to the fabric of a modern global economy. It represents the latest advances in technology, production and assembly techniques, and near instantaneous delivery of both goods and services. Dismantling or weaponizing GVCs – either by the United States or China – puts all these gains at risk.

The clamor for reshoring adds political miscalculation to economic risks. Shifting production from low-cost offshore platforms to higher-cost alternatives would be the functional equivalent of a cruel tax on already wounded consumers. Upending GVCs under the myopic guise of punishment, fear of vulnerability or nationalism would not only reject the positive benefits of globalization, but deny a Covid-torn world both the spirit and collaborative opportunities for healing so desperately needed today.

*Stephen Roach, a faculty member at Yale University and former Chairman of Morgan Stanley Asia, is the author of Unbalanced: The Codependency of America and China (2014).